Resigned To The Nitty-Gritty

By getting out of the picture, Murli Deora paves an ‘untainted’ path for his son 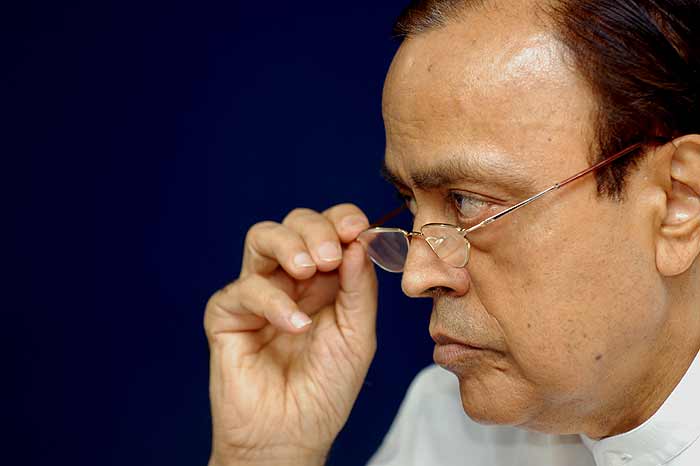 Murli Deora does not count himself among those who read the writing on the wall; that’s elementary. He not only reads but also processes it and takes pre-emptive safeguard action. Deora’s offer to resign from the Union cabinet, inappropriately made to Congress president Sonia Gandhi, is only the latest example of his trademark, smooth politics. He expected to be on the way out in the next reshuffle; walking out was way more honourable given the controversies during his tenure as oil and petroleum minister, a position he held for nearly five years till January this year when he was shifted to the corporate affairs ministry.

Deora’s proximity to the Ambanis has been an open secret for decades; he has rarely been coy about it, even reminiscing in off-guard moments about seeing “the two boys grow”. All that came to roost when the CAG draft report last month all but indicted his tenure for undue favours shown to private operators, including Reliance Industries, in the K-G Basin. Deora appears offended by the CAG implication. “Despite my closeness to the Ambanis, I asked CAG to do a special audit, to keep the transparency ‘jhanda’ high,” he told Outlook. But his role will surely come under greater scrutiny as the oil-gas exploration and pricing story unfolds.

What are the political implications? Pushing 75, Deora would like his political heir Milind, second-term MP from south Mumbai, to assume a larger role in Delhi either in the government or outside it. “If Deora had continued in the cabinet and become ‘tainted’, it would have jeopardised Milind’s future,” says a veteran Congressman in Mumbai. There are reports that he would like to return to the nitty-gritty of Mumbai Congress politics and deliver the prestigious Brihanmumbai Municipal Corporation (annual budget: `20,000 crore) to the party after nearly two decades when the election is held early next year. Deora himself wouldn’t mind getting back to his weekly Sunday dose of bridge, minus the pressures of being a cabinet minister in the Government of India—and lie low as the oil-gas scam gathers steam.