'RBI Job Is A Call For Others To Make'

Chief economic advisor at the finance ministry, Arvind Subramanian talks about the health of the Indian Economy 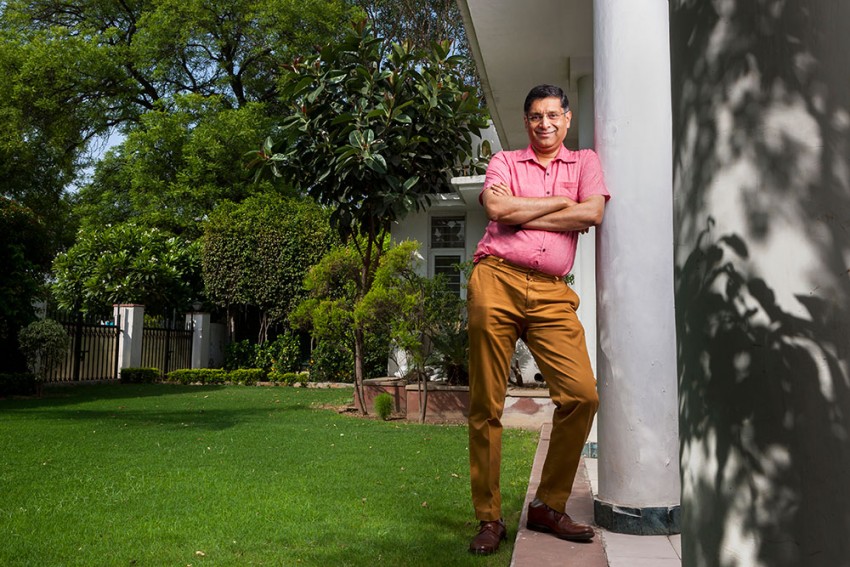 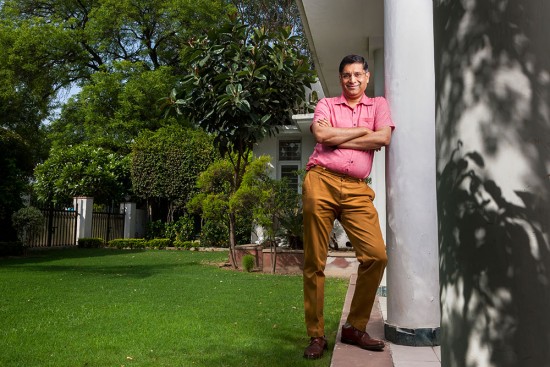 Nineteen months after he took charge as the chief economic advisor at the finance ministry, Arvind Subramanian app­ears more comfortable at the job. It helps that the Indian economy appears to be looking up. Switching to English from a Tamil conversation with a colleague, Subramanian fielded questions from Lola Nayar on the health of the economy.

You were recently heard describing the current economic scenario of India as a “golden age”. Do you believe that the Indian economy is witnessing green shoots of recovery?

In the long run sense, this is a golden age, because while the world is looking a little bit gloomy, we have a lot of macro stability and our growth prospects are looking bright. There is so much dynamism in many parts of our economy. In terms of green shoots of recovery, there are lots of good signs that we see, especially since the monsoon is going to be better this year, the FDI inflow has been at a record high, sectors like automobile, steel and cement are picking up, coal production has picked up, and indirect tax revenues are buoyant. There are a number of signs indicating that the economy is well poised. But, of course, we have many signs that the economy could be better. Overall, it is looking positive.

Can you firmly say that the mojo is back? Does this mean we are going to see a shift from over a decade of jobless growth?

How do you read the credit numbers and consumer spending?

“The private sector is grappling with the overhang of legacy assets, or past decisions still affecting the balancesheet. That’s the real challenge.”

I think the economy is being propped up by consumer spending. If you look at the credit growth of consumers you will find it growing, but on the flip side the credit to the industry is growing very slowly. That reflects the fact that the private sector is still grappling with the overhang of legacy assets, or decisions made in the past that are still affecting the balance sheet. I think that is the real challenge the economy faces. What you're seeing as low credit growth is partly because companies can’t borrow as they have many bad assets and they have to deal with them, while banks are not able to lend because their own balancesheets are stressed. The combination of the bankruptcy law and the fact that some actions are being taken for resolving and cleaning up the balancesheet of banks and reforms under the Indradhanush scheme should help when the economy picks up.

The Nikkei India services and manufacturing PMI reports indicate decline in business expectations, suggesting that companies are not fully convinced about the recovery. Is this why we are not witnessing a rise in private investments?

Are high interest rates and delay in GST the major constraints in the attempt to improve ease of doing business and pushing forward the ‘Make in India’ endeavour?

“The services sector is witnessing a slide because of declining world demand. Latest data shows we haven’t lost global marketshare.”

On the ease of doing business, the government is on a mission mode. We have seen many recent rankings where India has moved up significantly. So progress is being made there. Progress is also being made in resolving some of the tax issues. Of course, challenges remain and we have to work on those. The interest rates have come down by 150 basis points positively. I think liquidity remains tight. The banks are seeing a strange situation where they are losing money, as deposits are leaving banks or the deposit rate is not very healthy. So we have to monitor that very carefully. GST is a game-changing measure which we intend to implement as it would send a very good signal. The fin­ance minister has said he is hopeful of getting it passed in the next session of Parliament. If we get the GST passed, it will add a lot more to the confidence in the government and the economy.

As the PMI reports indicate, it is not just manufacturing but the fact that the services sector, including the IT industry, is also witnessing a slide. Why is it so?

There is a simple explanation. It indicates that the world demand has collapsed. The boom in services for a large part was because the world economy was growing strongly. The latest data I have seen and calculated shows that we have not lost global marketshare. It seems our export of services is not down because we have lost competitiveness, but because global demand is declining. So we need a pick-up in global demand also for our exports to grow, especially services.

Which are the major stressed sectors crucial for the turnaround in the economy and what are the steps being taken to put them back on track, given the wariness of banks in providing them more funds?

“Changes in the corruption law will empower honest bureaucrats to take decisions...they otherwise are cautious because of the referee institutions.”

In the last two years, the most stressed sector has been agriculture because of the impact of drought in many parts. If the monsoon is better this year, plus the fact that in the budget we have invested so much money in agriculture, rural roads, NREGA, crop issurance—all these should go towards helping revive the agri­culture sector. Two other stressed sectors have been steel and power; for the latter we have the UDAY programme to address issues of discoms.

In steel, the sector is generally profitable, but some firms may not be viable. The problem is being compounded by the fact that China has excess capacity and it has been selling its excess capacity internationally, which is putting stress due to cheap exports. But steel prices have reb­ounded recently and power issues are being addressed, so a combination of these steps in the most vulnerable of sectors should see some improvement in performance. 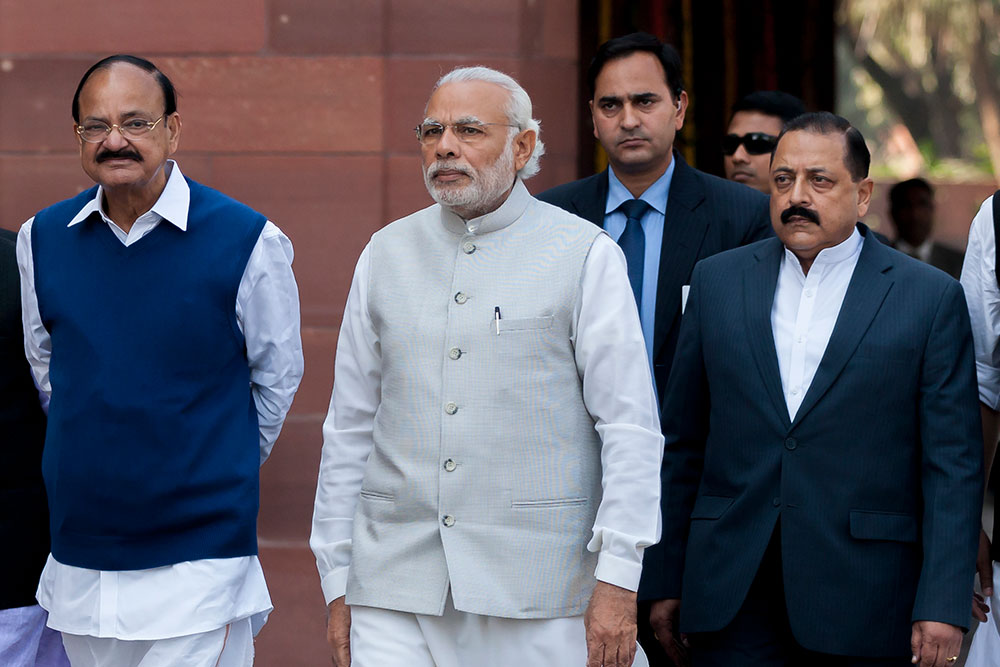 What are this government's specific reforms that are going to help boost the economy?

Firstly, corruption is being addre­ssed at the highest level, given the kind of trust and confide­nce it helps build, apart from the kind of money it helps save. That is a big change which is going to have a lot of effect. Opening up the economy to FDI has been a sheer success. It helped FDI to increase enormously last year to the highest ever, to displace China. On the social side as well this whole trinity of financial inclusion—Jan Dhan, Aadhar and mobile—was a real winner. Nai­paul said, ‘India is witnessing a million mut­­inies’; to me, the efforts at financial inc­lusion represent real mutinies of change.

Of course, the budget this year was very well received by the markets. The Aadhar bill was passed. Not just subsidy rationalisation over time but also the general delivery of services to the poor is fundamental to anything happening in India. The bankruptcy bill has been passed. It is going to help a lot in cleaning up the balancesheets of banks and the private sector. We have also passed the monetary policy committee (MPC) composition defining the relations between the government and the RBI, in terms of economic relations. All these are very positive steps. This is not to say everything has been done and that there are no challenges ahead. But overall one should be more hopeful.

Is the debate on GDP numbers settled and are inflation concerns under check? There is a view that subsidies are driving the move to check inflation?

“It is fair to say that when we produce GDP numbers there’s some margin for error. The problem has been compounded by falling oil prices.”

On GDP growth numbers, I have always said that the system producing GDP are institutions of unimpeachable integrity, very competent and follow the latest international standards. But it is fair to say that when we produce GDP numbers there is always some margin for errors. In the last 12 to 18 months, the problem has been compounded by the fact that oil prices have come down, that inherently makes GDP compilation more difficult. Because of that, there is a bit more uncertainty around our GDP estimates. But once the oil prices rec­over, that problem will probably get res­olved. From a measurement point of view, as the WPI and CPI measures start getting closer, these problems will disappear.

You recently spoke about the policy dil­emma, and the need to balance rules and social-economic benefits. What is the course of action you would suggest, given the not-too transparent decision-making processes, as seen in the case of spectrum auction, e-procurement, banking, etc?

On the contrary, I would say one of the biggest changes that have happened is the transparent process of coal and spectrum auction and the fact there is virtually no interference in regulatory institutions, whether environment decisions or banking decisions, so on that score there has been a major improvement.

The referee institutions have become very powerful and therefore it creates a kind of challenge on the other side. In our requirement to be completely transparent, it is possible sometimes that the policy deci­sions we may make may not be as optimal as they should be. To give you an example, the Supreme Court said we should be completely transparent and auction spectrum to get the maximum price. But it is possible that the spectrum may be sold a little cheaper, because it has so many benefits for people.

The same thing could be applied to the banking sector. Obviously, we have to be tough, but it is also possible to make some bold decisions, which may later be questioned by the referee institutions. I am not saying which is right or wrong but it is a challenge. Thus, passing of the changes in the Prevention of Corruption Act, hop­­e­­fully in the next session of Parliament, will emp­­ower good and honest bureaucrats to take decisions who otherwise are now cautious because of the referee institutions.

There is constant attack on recruitment of overseas experts by the government. What is the top economic innovation that you have been able to bring on the table?

If any person in government says ‘something happened because of me’...it is something nobody should say. It smacks of vanity and self-importance. The truth is we are all working as a team and we all make contributions. The contribution varies. As an economic advisor, I make contributions in terms of analyses and policy ideas, but finally the decisions are made by the finance minister, the cabinet and above all by the prime minister.

How has your approach to economic issues changed from a professor to an economic advisor, particularly since you have come from outside?

The challenge of being in this job—I can’t tell you how much I have enjoyed it—is like being on a 24x7 high, as there is so much to do. How decisions happen in government are very, very complicated. So you have to learn to adapt to that. Being from outside, there is both a plus and a minus. The plus is that, most importantly, you are able to del­iver the most honest advice as you have no internal stake in the process. On the flip side, the challenge is that you may be seen as an outsider, but it is by working with people that you overcome the second challenge. But on the balance it is the best job that I have had.

Are you in the race for the RBI governor’s job?

Those are all calls for others to make....

Finally, what are your growth projections for this year?

The budget gives a projection of 7-7.75. If the best conditions prevail and we have a good monsoon, we could achieve the higher end of the projection.