Theatre is far removed from today’s Ramlilas, which are closer to the television versions Ramayana. 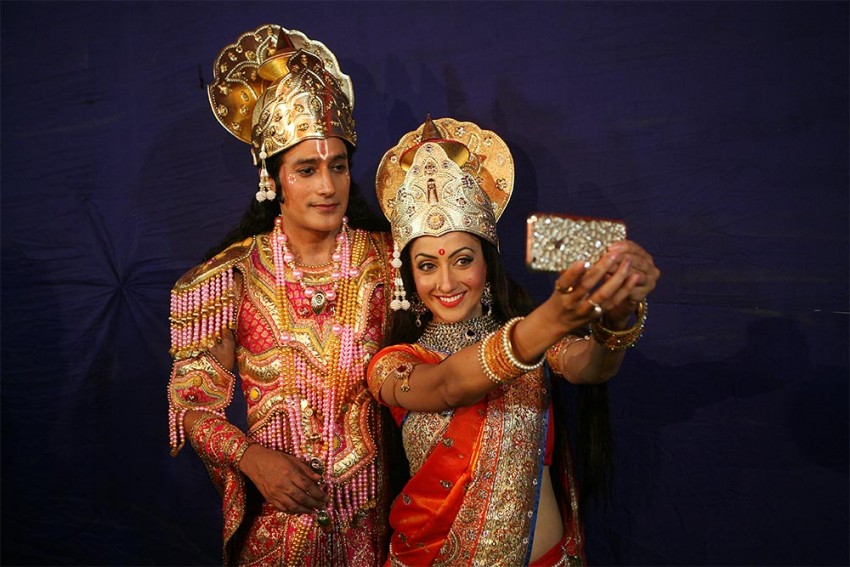 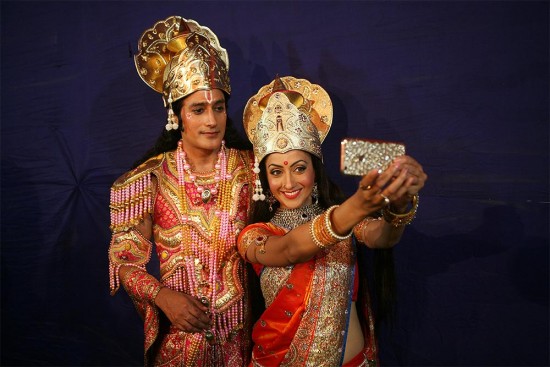 Ramayana and Mahabharata star­ted as epics. There were no religious connotations then; they were stories. There was a chance of these epics ­remaining purposeful, philosophical and contemporary if we had not done what we did to them. The first was the iconography of the characters portrayed. Some, like Malayalam filmmaker G. Arvindan’s Kanchana Sita, were reflective of those times in terms of what they wore or the way they may have lived. Then Ramanand Sagar got hold of the epic and turned ­Ramayana on its head. The epic characters now wore nylons and were turned into cardboard caricatures. Compare that to Peter Brooke’s Mahabharata, which was recognised for its quality and the way it was presented. It was first staged in the open near an abandoned quarry.

Long years after Sagar’s calendar art characters were first aired on television, people have not got over them and we have never got back to talking about the ‘real’ Ramayana. What Sagar did on television through digital technology is being done on the various Ramlilas on stage with special effects to sell tickets. The same kind of technology is being exploited to enhance the appeal of characters. The costumes have become more garish. The make-up is better left unsaid. The sets have become bigger and thus more expensive.

People have not got over the Ramanand Sagar version of Ramayana and most Ramlilas relive that fixation.

The same epic, in the hands of household workers from villages, who staged it every year on makeshift stages with curtains and sometimes with modified dialogues, were more ­authentic than today’s magnum opuses of say, Delhi’s Pitampura, where the Ramlila is ­incomplete without commercial breaks, with playback singers singing Bolly­wood songs while the audience awaits the arrival of Hanuman. Some of the biggest Ramlilas in Delhi are staged in the west of the city. I had a chance to witness some of them as a judge a few years back. What was most mindboggling about it for me was that the ­actors were not required to memorise their lines. They were playing a pre-recorded tape to which the actors lip-synced. For the local crowd, the Ramlila ­offered plentiful drama—right from the good versus bad theme to the bad mother-in-law to Sita’s kidnapping and the epic battle. But for many, the Ramlila serves as a backdrop to other activities and business—a mela with chaatwalas and kabab sellers doing brisk business.

Theatre is far removed from today’s Ramlilas, which are closer to the television versions Ramayana. They cater to people enamoured by anything from Bollywood—good, bad or indifferent. This is more acceptable than ­anything produced by local talents.

The show staged by the Shriram Bharatiya Kala Kendra has some redeeming factors, with good music and choreography. But it is more of a dance-drama based on Rama’s story and not the Ramayana. If given a chance, I would like to go back to Peter Brooke’s iconography, or even further back, by putting the characters back in animal skins (of course fabricated) and have a more realistic tone. Depen­ding on where it is performed, I would  like to see dialects of that area used in the dialogues so that a wider crosssection of the  audiences—both urban and rural—goes away with a better understanding of the ess­ence of the epic INS­tead of it being depicted as just any story.

Among the many versions the Ramayana has across the subcontinent (around 300) are a few tribal ones. They are enacted in large parts of South Asia. In one of these versions, Sita is ­depicted sweeping the courtyard and when her father’s bow comes in the way, she picks it up with just two fingers and moves it aside. Even her father Janak had difficulty in lifting this bow, so he decided that only someone who lifts and breaks the bow would be her groom. People have read and watched this epic being enacted for centuries and lived by its tenets. If the present trend of commercialising Ramayana continues, it may well lose its relevance, particularly for the young.

(Vinod Nagpal is a veteran theatre, film and television actor).