Ramdev: The Baba Of Big Bucks | By Sadhguru 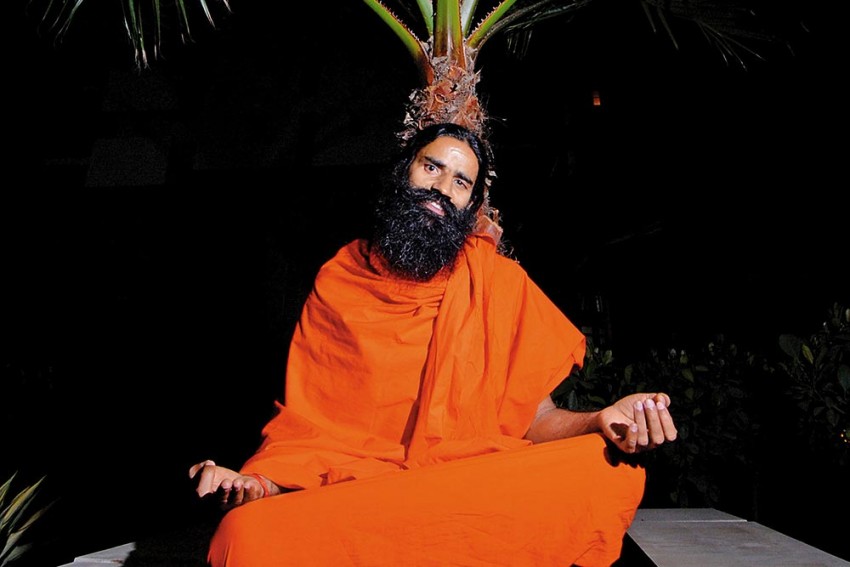 In this column, spiritual guru Sadhguru writes on Baba Ramdev. "For young people of India, Baba Ramdev is a reminder that modern educational qualifications are not the only necessary prerequisites of success," says Sadhguru.

He has courted his share of controversies and has his legions of dedicated detractors. Some insist he is regressive, others that he is populist. Most, however, are left incredulously wondering exactly how Baba Ramdev has managed to endure, formidable odds notwithstanding. Few would dispute that he is an original. In his ability to combine yogic expertise with entrepreneurship, commercial success with simplicity, an irrepressible and earthy common sense with an indomitable capacity to survive, he is exceptional. Difficult to slot, difficult to ignore, he inspires and confounds all at once.

From a shirtless man on a hired bicycle who roamed the roads and bylanes of Haryana, peddling a few kilograms of chyawanprash, Baba has come a long way. The humble salesman has grown into the leader of a $2 billion business, without losing any of the robustness and homespun simplicity that has characterised him from the very start.

He has managed to carry yoga to ordinary men and women in every town and hamlet of India, imparting simple exercises and motivating them to embark on a daily regimen of self-discipline and wellness, thanks to his yoga camps that have become the staple diet of morning television viewers. While one might have differences of opinion about his approach to the yogic science, there is no denying that he has played a pioneering role in turning yoga into a mass movement.

Baba Ramdev has his rivals. He has been damned as a charlatan by many who resent him and are keen to crack his formula of entrepreneurial success. But merely branding oneself with hot iron cannot turn a dog into a tiger—it takes much more to earn one’s stripes.

Baba Ramdev is a reminder that it is time for more desi entrepreneurs who are not clothed in jackets and ties in 40 ­degrees ­centigrade. Doors open because of who we are, not our certificates.

With his keen business sense, his knowledge of Ayurveda and agriculture, his grassroots background, the austerity of his lifestyle (he still eats only one meal a day), and the ethos of simplicity he inculcates in his disciples, he stands apart as a public figure in more ways than one.

His unparalleled success as a yoga guru and founder of Patanjali Yogpeeth and Patanjali Ayurved (a consumer packaged goods company that boasted of $670 million sales in 2016) deserves to be celebrated. The level of work he and his team have done in the sphere of medicinal plants is exceptional, and the benefits will be available for future generations.

For young people of India, Baba Ramdev is a reminder that modern educational qualifications are not the only necessary prerequisites of success—dynamism, determination and singleminded devotion can achieve more than Harvard Business School degrees ever can.

He is also a reminder that it is time for more desi entrepreneurs who are not clothed in jackets and ties in 40 degrees centigrade. Above all, he is testimony to the fact that doors open for us not because of our diplomas and certificates, but because of who we are.

He represents the promise of a self-made man—one who has refused to allow the impediments of class, health, public dismissal or social derision to stand in his way.

Baba Ramdev, as I know him, is an astute but childlike man, whose laughter is infectious. When I talk to him in my crippled Hindi with absolute abandon, he tries his uninhibited Hinglish upon me.

Though his impulsive outbursts on sensitive issues get him into various soups, he has the ingenuity to turn all that into Patanjali Soup! And ironically, the rest of us will probably be left savouring the taste. We cannot all agree with everything Baba Ramdev says, but Jai Ho Baba!

Sadhguru is a spiritual guru with a big following