Yes, I really did say I did not know what was meant by the phrase ‘love jehad’... 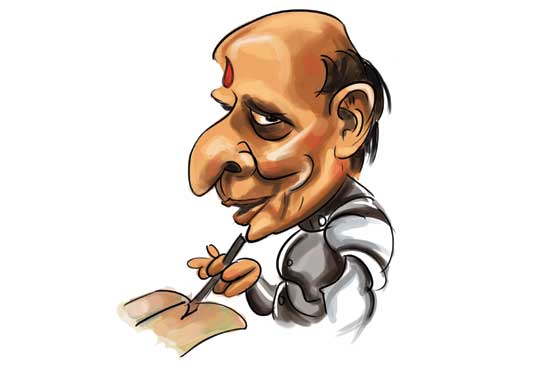 This being a secret diary, it can take in both good and bad jottings. Now some home truths. Yes, I really did say I did not know what was meant by the phrase ‘love jehad’. You know, the problem with India is most people invent words and phrases which they use freely without ever understanding what these really mean. Love jehad is both English and Hindi, one is okay but not the other. But the combined love jehad? I thought of asking our HRD mantriji Smriti behen but my babus asked me to drop the idea and instead suggested Nirmalaji. She was initially  puzzled. I confessed to her that I thought love jehad was the title of a new Karan Johar film, his usual Hindu-Muslim bhai-bhai theme with Shahrukh singing, dancing and hamming.

Yes, I and Nirmalaji talked over the issue, but she rattled along like a machine gun (one of my babus compared her to a female Harsha Bhogle) and I missed out on a lot. She did say something about love jehad being some sort of oxy...oxy...oxygen...no, no, oxymoron. Yes, that’s it, oxymoron. But what is an oxymoron? I vaguely remember that glib phoney Englishman Shashi Tharoor referring to our party members as morons. If so, why should she make use of his words to explain love jehad? The home ministry held six meetings, yet could not make out anything on the issue and decided to appoint a high-level committee under the chairmanship of a retired Supreme Court judge. He would be from the cow belt and the entire proceedings would be in shuddh Hindi.