Ex-USAID worker and Maoist rebel supremo? Deconstructing the myth that is Prachanda. 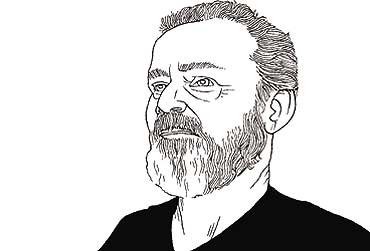 An invisible umbilical cord seems to link the United States of America to radical reds waging bush wars in even the most remote parts of the world. Among the most delicious ironies of the Nepal insurgency is the salience the US has had in the life of Pushpa Kamal Dahal, 51, aka Prachanda, or 'the fiery one', chairman of the Communist Party of Nepal (Maoist)—CPN(M)—and supreme commander of its armed wing, the People's Liberation Army. Sample this: Prachanda's youth was spent in Chitwan, a district the US assisted Nepal to colonise and develop; he studied agriculture science in an institute the US funded; and he worked, albeit briefly, with the US Agency of International Development (USAID), an independent government agency providing global humanitarian aid.

From all this nurturing on, presumably, 'US values', Prachanda has emerged to lead the Maoist insurgents in a bloody war to convert the world's only Hindu kingdom into a model 'republican state'. And in the last 10 years of this war, the myth has only grown: he's feared, hated and reviled; he's also revered as "Comrade Prachanda" by thousands of followers. He is blamed for an insurgency which has claimed 12,000 lives and destroyed infrastructure worth billions. And he's the leader whom Nepal, India and the US have branded a terrorist.

Yet, it remains a mystery why people sharing similar socio-economic conditions behave differently; why one man picks up the gun and others prefer to quiescently live with the system. In...