“Radhakrishnan Is To Be Blamed For The Whole Mess”

Former ISRO chairman G. Madhavan Nair on the deal that was hastily cancelled by the UPA for being 'faulty' and later upheld by the ICC. 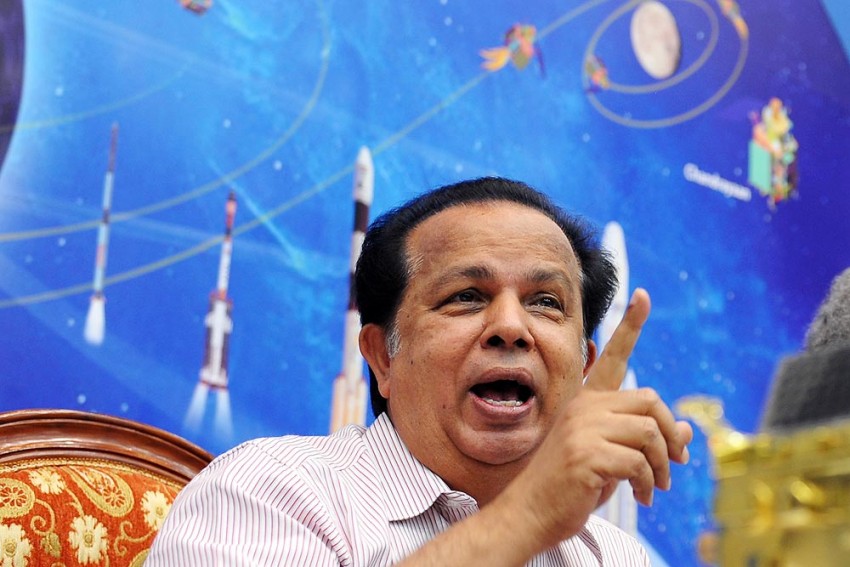 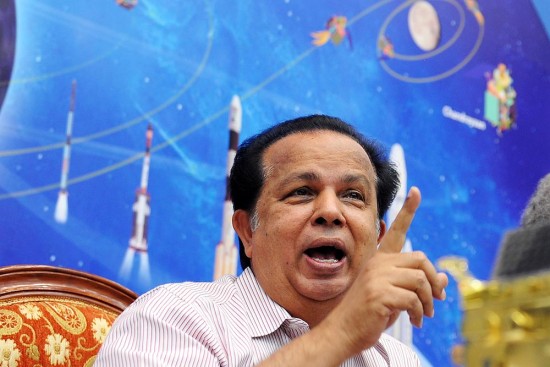 The government is still trying to come to grips with the $672-million arbitration award to Devas Multimedia against ISRO’s marketing arm, Antrix Corporation. Former ISRO chairman G. Madhavan Nair crafted the deal that was hastily cancelled by the UPA in 2011. In a conversation with Arindam Mukherjee, Nair says the enormous fine could easily have been avoided. Excerpts:

How do you feel now that the deal has been upheld by the ICC arbitration panel?

I am happy that the truth has come out. I feel vindicated. It is clear that the decision we took in 2005 was right. The deal of the department of Space and Antrix with Devas was legal and transparent right from the beginning and all the procedures had been followed. Even the ICC has said that the deal was legal. The net result of this is the huge fine which is very unfortunate. We would have had a very good communication system had we pursued the deal.

“At first the Chaturvedi committee was set up to look into the deal. It got a clean chit. But some people were not satisfied; they wanted scapegoats.”

The contract was found to be faulty by the UPA....

In November 2009, the new chairman K. Radhakrishnan ordered an internal enquiry into the deal and in June 2010 a report was sent to the government which said that there were procedural flaws. But we were sure that there were no flaws, as every procedure had been followed. What happened after that is a mystery. In the period June 2010 to February 2011 the Cabinet Committee on Security (CCS) was informed that the contract had to be cancelled as the frequency given to Devas was required by various security agencies. The CCS approved. There was a big gap between the decision by the Space Commission and the CCS. The rationale given for cancelling the deal was inconsistent.

So that was a wrong decision?

I think it was a hasty action from the Department of Space without studying the technical and legal aspects related to the case as the deal was clean on these asp­­e­cts. ISRO also did not follow proper legal procedures while cancelling the deal, which has landed us in this mess and the fines.

Was this done in a hush-hush manner?

Yes. In the beginning, when the contract was being established, everything was transparent but during cancellation it was opaque and questionable and people’s views, especially of the financial advisors, were not given weightage.

You have said that Radhakrishnan misled the government.

There was certain information given by financial advisors involved in the deal but K. Radhakrishnan did not listen to them and did not project their views to the higher-ups. What he also did not understand is that we would have gained revenues of Rs 1,300 crore from the deal and given revenue to the government. Instead, we are sitting with a fine of Rs 4,400 crore, which is a year’s budget of ISRO. The fine amount may even increase.

But the Pratyush Jha com­­mittee was set up to probe the matter?

“There was no security concern, no overlap of ISRO security and transponders. People, including Radhakrishnan, misled the goverrnment.”

In the beginning, the Chaturvedi committee was set up to look into the deal. This committee gave it a clean chit and said there was nothing abnormal. But since some people...were not satisfied, so another committee was set up as they wanted a scapegoat. Strangely, in the Jha Committee, K. Radhakrishnan, who was the complainant, sat as a member. Obj­ections to his presence were not listened to.

The Jha Committee report stated that there were problems with the deal and named four scientists and four administrative people for ‘omissions and commissions’. Later, action was actually taken only against the technical people, the scientists, by barring them from any government post for life, including me. Now the matter is with the High Court.

So who is responsible for this mess?

It is the stupid and blindfolded decisions taken by some people. K. Radhakrishnan is responsible for the entire mess. ISRO’s loss is because of the wrong and arbitrary decisions by Radhakrishnan. Three past chairmen of ISRO, including Prof Kast­urirangan, Prof U.R. Rao and me, were within 10 km in Bangalore at that time and we could have solved the issue.

Was there a security concern at all?

There was no security concern and there was no overlap of ISRO security and the transponders. This is totally misleading information. The people that be, including Radhakrishnan, totally misled the government on the deal.

But PM Manmohan Singh was the nodal minister at that time. Did he not have a say in this?

The PM’s name was misused for writing the Jha committee report. That is how the report came out the way it did.

More on the antrix-devas fall-out