There's something about Dharwad. A whole pantheon of Hindustani greats has its roots here. 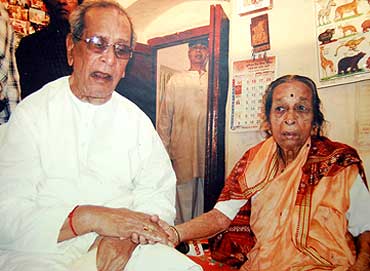 The jowar roti in the Dharwad region is called 'bakri'. And wherever you go in the region, the one thing you are sure to hear about is how much Pandit Bhimsen Joshi loves it. So much so that it begins to make his music appear secondary!

Gangubai Hangal, eight years older than the maestro and a legend herself, is a veritable storehouse of Bhimanna's bakri stories. She tells you how there was a little corner-shelf designated as 'Bhimannana Madu' in a Kundagol house, where one Gundappa would store bakri for Bhimsen, then a disciple of the great Sawai Gandharva. This was just in case the fare at the guru's place wasn't filling enough for the young man. She also tells you how when he made concert-halts at her place, he'd prefer the delicate bakri made by one Gowramma over what she served. "Bhimanna would personally go and pick up the bakri from Gowramma's house in Dharwad before we served lunch," she recollects.

Confirmation of Bhimsen's penchant for bakri comes also from his disciple Pt Madhava Gudi, who lived in his house for nearly three decades. "His wife Vatsalabai," he says, "although not a native of Dharwad, had learnt to make good bakris, which he always preferred with its traditional accompaniments: a dry curry of fenugreek leaves (menthya palya), brinjal curry, dry groundnut chutney, curds and tiny pieces of onion." 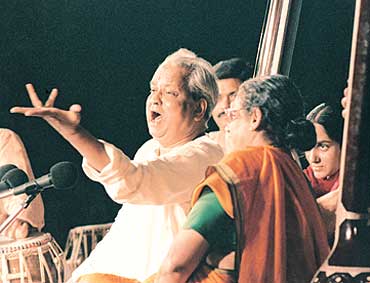