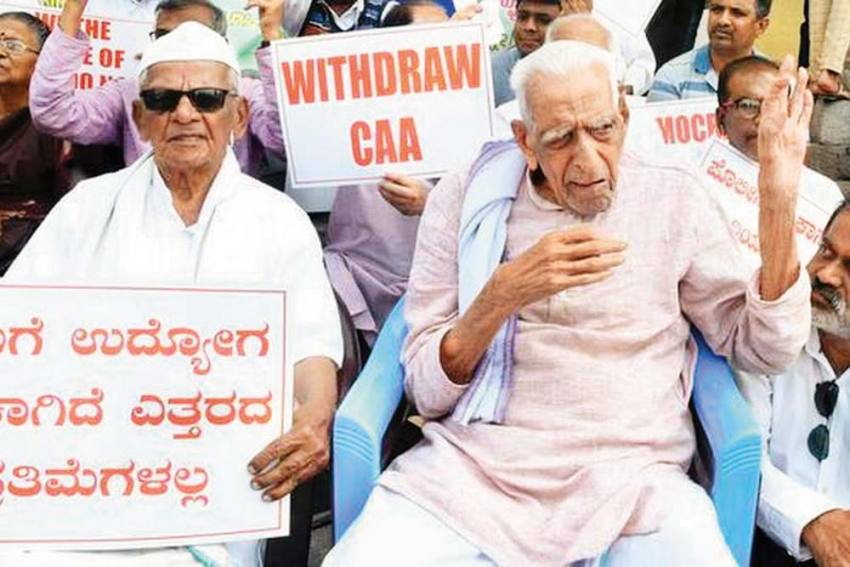 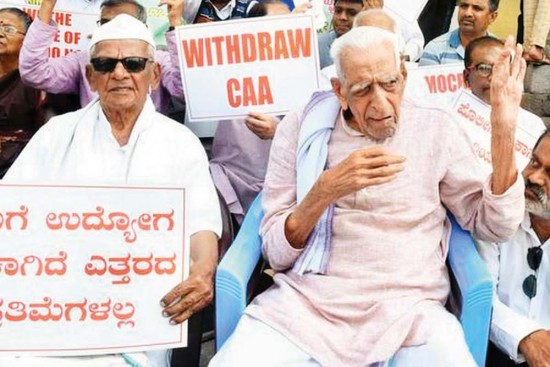 Harohalli Srinivasaiah Doreswamy is reclining on his bed after another busy day. But he isn’t resting. He’s leafing through printed sheets and then nods his approval to an activist standing by. The landline phone perched among a pile of books on the window sill, typical of south Banga­lore homes of a certain vintage, rings and Doreswamy answers, shooting off questions relating to an event that he’d participated. No sooner than that’s done, a farmer leader drops in and they get into a discussion.

At 102, the venerable freedom fighter—who has just concluded a five-day protest against the Citizenship (Amendment) Act (CAA) at Bangalore’s Town Hall earlier in the day—is mounting yet another campaign. This, he says, must go on up to the 2024 general elections and there will be demonstrations three days every month. The countrywide anti-CAA protest, even if sporadic, has “shaken the entire political scene” and he feels it should be taken forward in an organised manner.

“The Modi government is trying to divert the minds of people to other things when there are so many burning problems in the country,” says the Gandhian, who is ready to go to jail again for non-cooperation if the government doesn’t listen. “There are so many broken promises. You have to attend to them and tell people what steps are being taken. Just to divert from that, you are bringing in CAA, which is not correct,” he tells Outlook.

The sheer number of issues that Doreswamy—who took part in the Quit India movement as a young graduate just out of college—has stood up for over the years is ­astounding. Land encroachment, lakes, corruption, garbage dumps posing a health hazard—where it calls for a demonstration to prod governments into action, he’s at the forefront. No sooner did he finish the anti-CAA sit-in last Tuesday, Doreswamy was at chief minister B.S. Yediyurappa’s office to press for action on a memorandum for the landless poor.

“Governments don’t yield to reason, or rhyme. They yield only to pressure,” Doreswamy says. “So, when there is pressure from the people, they act. That’s been my experience.”