It’s difficult being a superstar in the South. Some manage it well. 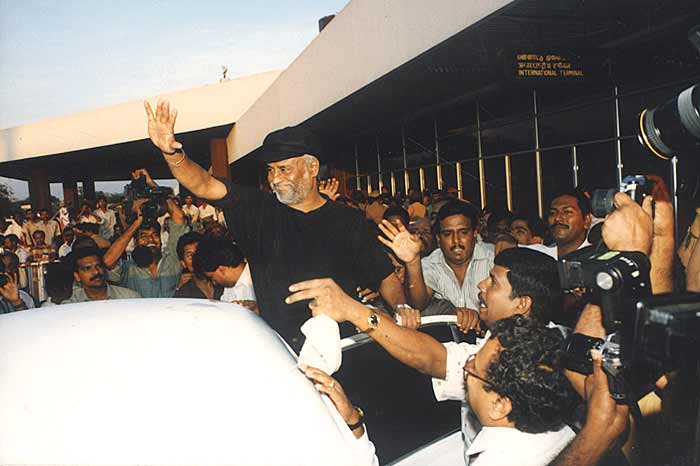 “I never think of myself as an icon. What is in other people’s minds is not in my mind. I just do my thing.”

Audrey Hepburn, the darling of millions though she was, probably never had to deal with the sheer weight of expectations that more than a billion Indians burden their superstars with. This has historically been the case, and is even more so in a heavily mediated India, where television and the internet speculate upon even the trivial minutiae of a superstar’s existence. Camille Paglia wrote, “Popular culture is the new Babylon, into which so much art and intellect now flow. It is our imperial sex theatre, supreme temple of the western eye. We live in the age of idols. The pagan past, never dead, flames again in our mysterious hierarchies of stardom.” Substitute “western” with “eastern” and Paglia could well have been referring to India.

In southern India, megastars have different ways of dealing with their stardom. They cannot obviously walk the streets like normal people for fear of being mobbed by overenthusiastic fans. A couple of years ago, during the course of an onstage question-and-answer session with the biggest superstar of them all, director K. Balachander asked his discovery, Rajinikanth: “You can’t go to a temple, can’t go shopping, can’t walk on the road, can’t have tea at a roadside stall; you can buy the entire Saravana Bhavan chain, but you can’t go there and have a coffee. What is the price you have paid? Your privacy is gone. How big a loss is this? Do you have any regrets?” The superstar’s answer was terse: “I have regrets. I have sacrificed my happiness and my peace.” 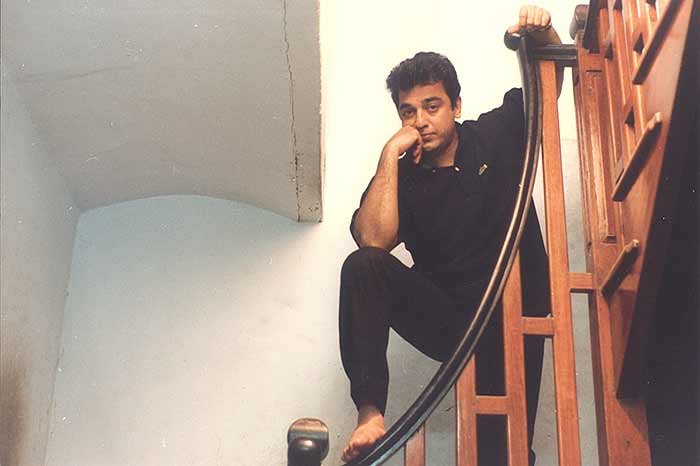 As is well known, Rajnikanth finds solace in spirituality. People close to the superstar tell me that whenever he wants to get away from it all, the goldfish bowl scrutiny of the press and public, he repairs to his Kelambakkam farmhouse, some 35 km from the roiling madness of Chennai. There, while his driver and major domo while away the time reading the latest Tamil magazines, the superstar sits on the verandah and gazes into the middle distance, sometimes scanning the horizon for passing trains. When he is hungry, he asks for food from a local eatery. And when he’s had his fill of the peace and quiet, just as abruptly he indicates he wishes to be driven home to Poes Garden. Chennai is relatively sober compared to the insanity that is Bangalore, the city of Rajnikanth’s birth, today. Yet the superstar visits frequently, taking shelter in his Race Course Road flat, meeting friends who know him just as Shivaji, from long before he attained starry heights.

Other southern stars seek refuge in normality. I had the opportunity to interview Kamalahaasan for a television channel, ahead of his 1996 release Kuruthipunal. We were ushered into a room in his Eldams Road office to wait for him. Since there weren’t enough chairs to go around, we made ourselves comfortable on the sparkling floor. When Kamal arrived soon after, he put us at ease instantly and won us hard-bitten journalists over instantly by insisting on sitting on the floor with us. The late Dr Rajkumar was another paragon of simplicity. We were the last in line to interview him at his Bangalore residence after he had won the Dadasaheb Phalke award. After giving interview after interview sitting on a chair, he requested us to film him sitting on the floor. The moment he sat on the ground, he relaxed and began joking and laughing, resulting in an absolutely natural tete-a-tete.

I often land at Kochi airport during the course of my frequent visits to Kerala, and the drivers of the pre-paid taxis there are a fund of stories about Malayalam stars. Apparently, Mammootty sits grim-faced in the backseat, not uttering a word. But when he leaves the car, drivers are delighted to find a generous tip left behind on the seat. Mohanlal is supposed to be quite chatty, but all the cabbies are unanimous in their praise of and vie to drive Kalabhavan Mani, someone who has evidently remained a man of the people even after ascending to stardom. Mani, who doesn’t live far from the airport, gets into the front seat and chats away with the driver like an old friend. And before he is driven home, he diverts the vehicle to an establishment dispensing beverages of the country variety and enjoys a bibulous time, also offering the driver a snifter if he so pleases, before going home. This normalcy is the first thing a star loses and therefore craves. However, this is only when the star is still popular and relatively young. If they are older and on the wane, in the words of English politician and writer Joseph Addison, “There is not a more unhappy being than a superannuated idol.”

(The writer’s biography of Rajnikanth will be released in December)