Question 1.A): Does Death Have A Caste?

The deeper you go into the Rohith Vemula story, the more you find dignity. Outside it, pettiness still rules. 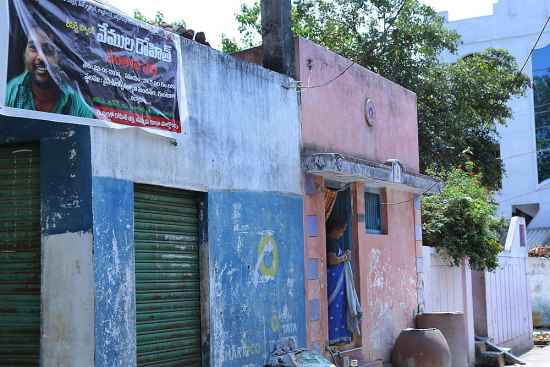 The edges of a poster, stuck loos­ely on the wall at a santapa sabha for Rohith Vemula, flaps about in the draught. A train is whizz­ing past on the track about 50 feet away. Four boys, who have bunked school, play a game of spitting into the open drain which rings the colony like a river. This is Ramireddythota, Prakashnagar. The auto driver who takes me there does so only after a little cajoling: the place has some notoriety as one of Guntur’s “red-light streets”. Claustrophobic, decaying houses stand in a huddle. This is where Rohith Vemula spent his childhood till he went on to join the Andhra Pradesh Residential Junior College in Hindupur after Class X.

Populated mostly by lower-middle-class Malas and Vadderas, Ramireddythota is now the cynosure of all eyes. House No. 923, where Rohith’s adoptive grandmother Anj­ani Devi lives, has a string of visitors, mostly officials making enquiries. Rohith’s mother Radhika and younger brother Raja Chaita­nya Kumar Vemula are away, giving a statement to the Guntur joint collector about their caste antecedents. Anjani’s daughter-in-law Dhanalakshmi says, “Both Rohith and Raja were studious and helped their mother in eking out a living. Mani­kumar (Rohith’s father) would rarely visit them…only when he needed money. He was never happy about the fact that Radhika was the child of migrant Mala labourers, and later an adopted one,” she says.