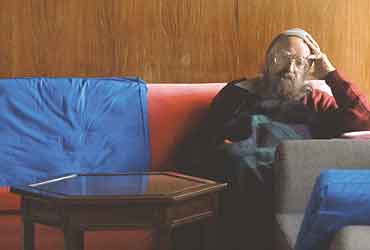 The story of Indians writing fiction in English goes back a few decades before our independence. The pioneers were a trio comprising Mulk Raj Anand, Raja Rao and R.K. Narayan. Their impact was limited. Mulk Raj Anand roused the consciousness of the British and upper-class Indians to the exploitation of poor Indians; he was a Marxist propagandist, and used his pen like a sledgehammer to drive his point home. Raja Rao, who began promisingly with some delightfully humorous short stories, turned back to exploiting the mystical and spiritual aspects of India. R.K. Narayan remained a simple storyteller. None of his novels or stories has the ingredients I consider integral to fiction: sex, violence or pithy turns of phrases. It was the patronage of The Hindu that turned him into an icon of South Indians. He remains to this day the most widely read Indian of his times.

Not surprisingly, none of the three pioneers really made any significant impact on the English literary world. That was left to G.V. Desani with All About H. Hatterr which created quite a stir in London's literary circles, and as a result, back home as well. It was a refreshing departure from the quaintly charming works of the pioneers. His role model was James Joyce's Ulysses. Like Joyce's classic, one needed an explanatory guide to read Hatterr.

It is surprising there was no major work in fiction to come out of the momentous events in the history of India's freedom movement. Nor about the partition of the country, particularly in blood-soaked Punjab. The best novel on Partition came from the comparatively peaceful division of Bengal: Amitav Ghosh's Shadow Lines that I regard as a masterpiece.

Once the ground was broken, dozens of Indian English writers began to surface: Manohar Malgonkar, Kamala Markandaya, Ruth Prawer Jhabvala, Anita Desai, Nayantara Sahgal, Sasthi Brata, Bharati Mukherjee. They made some impact on the English and American literary scene. There were also a few Parsi writers who carved a niche of their own. These writers—Farrukh Dhondy, Firdaus Kanga, Rohinton Mistry—confined themselves to what they knew best: their own Parsi community, poking fun at it, and in the process, infused much-needed humour into Indian English fiction.

The man who smashed the wall of resistance in the literary world abroad was Salman Rushdie. His Midnight's Children not only won the Booker but also opened the floodgates for other Indian writers. Soon after, two more superstars appeared in the western skies: Vikram Seth and Amitav Ghosh. After them came the deluge: Amit Chaudhuri, I. Allan Sealy, Upamanyu Chatterjee, Pankaj Mishra, Vikram Chandra, Shashi Tharoor. With Arundhati Roy again winning the Booker and Jhumpa Lahiri the Pulitzer, Indian English was no longer on the fringes, growing by leaps and bounds until it is now treated on par with translations of Latin American novelists like Gabriel Garcia Marquez.

The link at the bottom is a list of novels by authors of Indian origin (many of them have settled abroad) which I regard as significant and rate as the best in the last 60 years. Though more than half of them are now foreign nationals, their themes are Indian and the applause they get abroad resonates in India. They return to India periodically to be garlanded and to get fresh material, and now also earn handsome royalties in rupees.