Once upon a time, there was the Disney princess who has now been upstaged by a pauper–a 10-year-old chess prodigy from the slums of Kampala 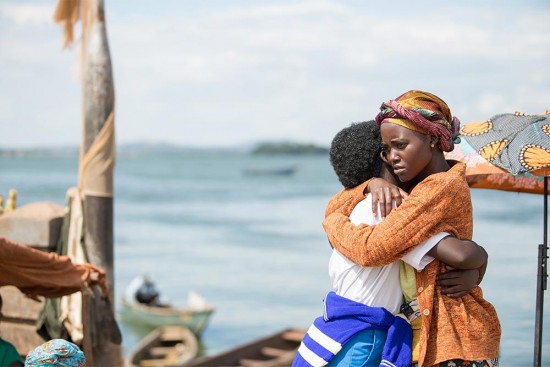 Once upon a time, there was the Disney princess: Blonde, blue-eyed, and not particularly bright. That princess has now been upstaged by a pauper–a 10-year-old chess prodigy from the slums of Kampala, who has checkmated that Disney trope with the finesse with which she topples kings on the chessboard.

That is the premise of Mira Nair’s latest project, Queen of Katwe, which had its world premiere at the Toronto International Film Festival (TIFF). Her previous ventures into large studio filmmaking, like Vanity Fair or Amelia, may have fizzled, but she’s found froth in this delightful tale, based on the actual Phiona Mutesi’s journey from seller of maize to master of chess.

Yikes, yet another inspiring sports saga? You may well yowl. But Nair takes that cliche and crafts a flick that clicks.

Newcomer Madina Nalwanga plays Phiona, and creates a character that’s not just winning at chess but quite winsome. David Oyelowo is Rob­ert, the evangelical minister who introdu­ces a group of children from the slums of Katwe to chess, and coaches them to competitive success. His is a fairly unidimensional personality, at least in the film. Counterpointing that is the complexity of Harriet, Phiona’s single mother (Oscar win­ner Lupita Nyong’o), who at first is angry over her daughter choosing chess over chores, but eventually becomes her champion.

Before the end credits roll, there are plenty of life lessons conveyed through dialogue that rings true, though at times it’s trite. Within...