The Patels are just too forward on all fronts to get ‘backward’ status, and other conundrums from the Great Indian Reservation potboiler 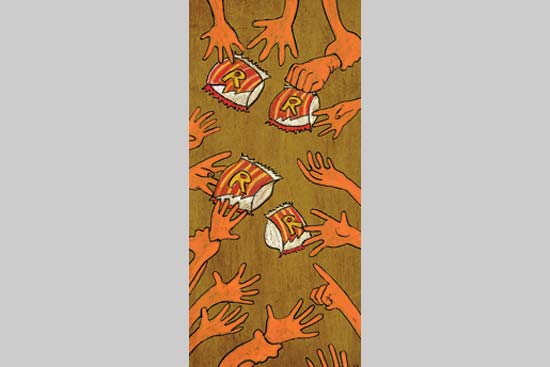 In an age when we are fed a narrative that India is on the cusp of great things, that we are in midst of the great forward push, one cannot miss the irony in the demand to be “backward”. But when it comes to the cold arithmetic of caste confounded by the algebra of politics, it is important to sift the facts from the fluff. Twenty-two- year-old Hardik Patel can keep up his agitation and in the future even trigger caste wars, but he can never get backward caste reservation for his community. There are three broad indicators—social backwardness, educational back­wardness and unemployment—relative to other communities that are used by backward caste commissions to extend the benefits of reservation. The Patidars are just too ‘forward’ on all fronts to be backward.

P.S. Krishnan, possibly India’s foremost expert on caste, class and reservation (he was also the secretary, welfare, who signed the Mandal commission when it came into effect), is clear that the Patidars are unlikely to prove “backwardness” just as the Marathas failed to do so. Do those at the bottom of the social scale ever agitate in the way the Patidars are doing, or like the Jats are threatening to take over Delhi in mid-September? “No, the weak com­munities do not have the capacity to do this. They would be finished off if they had dared,” says Krishnan.

It is entirely possible that Hardik Patel has understood this, which is why he refused to be part of a process that involves making a formal case before the National Commission for Backward Castes or the state commission. Instead, he has chosen agitation. One can therefore only deduce two things. First, that he is being backed by sections of the RSS-VHP-BJP who have always been anti-reservation (they believe it divides Hindu society into competing social blocs as opposed to a unified whole). So this is actually an anti-reservation movement masquerading as a reservation movement.

The bottom of the social scale, can they agitate like the Patidars? “No, they’d be finished off,” says Krishnan.

The other reality that could be propelling Hardik Patel forward is the need to make a display of Patidar power. The backward castes in Gujarat have been coming up on all social indicators. This is therefore a desperate attempt by the Patels to stay dominant in a state where they have wielded clout disproportionate to their share (around 12 per cent) of the population. There has also been speculation on whether this is an in house VHP-RSS operation to destabilise PM Narendra Modi and his nominee in Gujarat, CM Anandiben Patel. Perhaps it began with some such design as sections of the Patels had periodically reb­­elled during Modi’s time in Gujarat. But this agitation has now got a life of its own. And it will create social anarchy. That said, it may be premature to see it damaging the BJP electorally in Gujarat. For there could also be an anti-Patel counter-mobilisation of the backward bloc in favour of the BJP. Besides, the Patels have rarely sided with the Congress.

It will however certainly dent reputations and raise ser­ious questions about Modi’s ‘Gujarat model’. How can he bring development to Bihar when the home state is going up in flames of agitations? Still, if Modi belongs squarely to the right of the ideological-political spectrum, let’s be clear that Hardik stands to the right of even him. The young man rep­resents more of the chauvinist, sectarian and the most crude ‘us versus them’ brand of politics. As JD(U) president Sharad Yadav points out, “This is a reactionary force and the real casteists with their Brahm­ini­cal agenda are getting it done. People believe the only agenda of the RSS is to hammer Muslims but that is only tactical, the ultimate agenda is to uphold the traditional caste order.”

The implementation of the Mandal Commission report in 1990 did create a social revolution in north India. But in the south and Maharashtra, reservations in some form act­ually began almost a century ago led by the Mysore, Tra­vancore kingdoms (as early as 1921 by the Madras pre­sidency, followed by the Bombay presidency). Many analysts cite this as one of the significant reasons for the south being way ahead of the north in soio-economic indices.

Since it couldn’t be applied, Gujjars get 1% of the promised 5% and all parties promise to support their demand.

What’s happened post-Mandal across India is that electoral politics has distorted the purpose of reservation across the country. There are far too many details to explain how the powerful Vokkaligas and Lingayats of Karnataka have managed to get certain categories of reservations in the state list in spite of judicial committees recommending it be taken away. In the north, the Jats are a powerful middle caste spread across many states who hold agricultural wealth but have consistently demanded reservation and both Congress and BJP have at different times pandered to this demand. (But in March this year the SC decided to cancel the inclusion of Jats in the central OBC list.) Still, in some state lists such as that in Rajasthan they are a backward community.

What has happened with reservation is that in the 27 per cent OBC category the relatively prosperous backwards corner jobs and admissions. Coming to the Muslim community, in most states almost 80 per cent are eligible for reservation in the backward category. But the demand for religion-based reservation is still kept alive by the leadership (often by the clerics who would be Saiyyed, Sheikhs and Pathans). They argue that the backward Muslims are unable to compete with other ‘for­ward’ obcs, hence if they get a separate quota they could get the jobs and admissi­ons without the competition.

This is not a problem of the Muslims alone. In Rajasthan, the Gujjars have gone down the same route. They get backward caste reservation in the state but they want ST status in order to compete with the Mee­nas for jobs and admissi­ons (although they also compete with the Jats at another level). In May, the Rajasthan government agreed to a five per cent special category actually called ‘special’ backward community for the Gujjars and also announced a 14 per cent for the economically backward among the upper castes. Since this went way above the 50 per cent limit (in a state that already had 49 per cent reservations), it can’t be applied but Gujjars get one per cent of the promised 5 per cent and all parties promise to support their demand. Politics has no doubt spoilt the reservation broth.

Finally, there is another tale from Rajasthan, a state that has the Bhil Meena tribe and the Meenas, with the latter being far more ‘forward’ than the former. The story goes that when the reserved lists for sc/st came, the intent was for a small hypen between Bhil and Meena to ensure the tribe got help. But a typo error made the hyphen into a comma so both Bhils and Meenas got ST reservation. But the Meenas raced ahead in the matter of jobs and admissions. In MP, the Meenas are in the OBC lists although they demand to be notified as a tribe. Meanwhile, we’ve lost track of the Bhil-Meenas, haven’t we?

That’s how complex the reservation matrix is. Hardik Patel could stop brandishing weapons and just get a crash course on quotas and perhaps he could then pass with the help of some grace marks.