The first half is quite a laugh riot, but the narrative gets too scattered in the second. 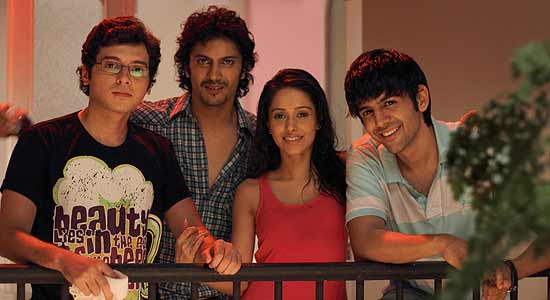 Pyaar Ka Punchnama sets the scene rather well. The dirty, messy bachelor pad with the varied pack of three friends living in it, their bearing, attitude and dirty conversations all ring true. As does their angst, driven in equal measure by their jobs and relationships—or rather the lack of them.

It only helps that the three newcomers—Kartikeya, Rayo and Divyendu—fit their parts well and are able to establish an instant connect. In fact, the first half is quite a laugh riot which is particularly appealing to young men. Why, it may even impress the women in the audience with some genuinely funny punchlines and phrases. However, problems quickly emerge. And it’s not just the fact that the director blatantly makes a hard-hearted bitch out of every single woman on screen. It’s to do with a narrative that gets too scattered in the second half as practical issues relating to the three girlfriends emerge. The film loses focus and direction. The Goa weekend, the increasingly tiresome song routines and the weepy boys also make things needlessly maudlin. The one standout element is Kartikeya’s several-minutes-long monologue, the underlying thought of which is that “a happy woman is a myth”.

For a good, consistently witty, relationship-oriented film told from the male perspective, I’d go with Saket Chowdhury’s Pyaar Ke Side Effects. But it’s evident that Pyaar Ka Punchnama is on its way to becoming the love bible for young men—however problematic that might be for some.

Pirates Of The Caribbean: On Stranger Tides