Sudeep Sen traverses in this new compendium a range of poetic influences, cultures and concerns, yet retains a consistency of style and sensibility 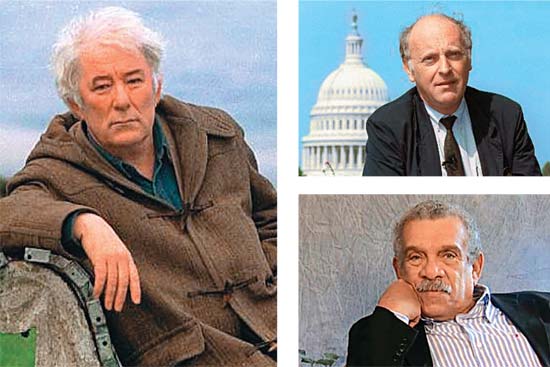 When the Nepal earthquake hit, The London Magazine carried a Haiku by poet Sudeep Sen on the tragedy: Gods came tumbling down/ in Bhaktapur. Everest/ churned—snow, debris, death.

The haiku is not in the present collection, but it captures something of the talents of a poet who is rapidly becoming the best-known Indian poetic voice of his generation working in English. It was written quickly, published within days of the quake: the sort of command performance one expects from a poet laureate. It is short, effective, evocative. There is no elaborate drawing out of imagery, no dazzling turns of phrase. Sen is spare, understated, deceptively simple in his clarity.

These qualities are apparent through the nearly four hundred pages of Fractals, his most comprehensive volume of poetry, incorporating most of his successful work since 1980 (despite his disarmingly youthful appearance, Sen has 35 years of published poems behind him). Take, for instance, these lines from Prayer Flag: No one is here, except for a woman/ staring far away,/ wrapped in the sanctity/of continuous linen—her own sari/ like a prayer flag —/ though devoid of any colour. Or these, in which the idea of colour as imagery reappears in the poem titled Silence: The milk-white flower/adorning your hair,/ sheds a solitary petal,/ just one. In that petal/ silence blooms colour —/ white, transparent white—/ pure white silence.

These are lines that conjure up simple images, clear ones, and merit reflection. They may not be as memorable and recitable as Eliot or Auden, but there is a translucence to them that rewards reading.

And yet the most effective of Sen’s lines border on poetic prose. I was struck by his poem Sati, which begins, She waits/ at the feet/ of her/ husband’s/ pyre, /stacking/ the last/ pieces:/ wood, memory,/ and tears. The sentence could be read just as well without the line breaks, and have just as much impact. The poem ends by referring to a ceremony/ that leaves/ only/ the dead alive,/ and/ the live, dead. The entire poem is three simple, beautifully craf­ted sentences, but since it’s a poem, not a paragraph, the three sentences have been broken up into 29 lines of poetry that occupy an entire page. They would probably read well either way.

Indeed, there are poems in the collection that—rendered without those line breaks—do not pretend to be anything other than prose. Some of it is exquisite (read one called Heather, a page of prose masquerading as poetry, or is it the other way round?). These leave you admiring the author’s poetic sensibil­ity—but also wondering what they are doing in what is, ostensibly, meant to be a volume of verse.

There are poems here that do not pretend to be anything other than prose. Sen’s poetic persona shines through these.

But then Sen’s is an eclectic inheritance. His works contain references to Matisse and Cezanne as well as to Tagore and Jibanananda Das’s imaginary muse, Banalata Sen. There are genuflections to Derek Walcott and Joseph Brodsky, Seamus Heaney, Cavafy and even Milton, but no evident traces of his immediate Indian forebears—no sign of Nissim Ezekiel, no Dom Moraes, no Ramanujan. India is as much an absence as an influence in much of his work, even if Radha and Krishna appear obliquely in poems about modern European art. And yet, for all the variety of themes and inspirations, there is a consistency in the poems, of both style and sensibility, that makes Fractals cohere well for the lay reader.

The title of the volume points to the scale of the author’s ambition. A fractal, an epigraphic note explains, is a geometrical or physical structure having an irregular or fragmented shape, and whose dimensions are greater than the spatial dimensions. That’s the dictionary definition, and it comes from mathematics. But to scientists, a fractal is a pattern whose small structural details, when viewed at any scale, rep­eat elements of the overall pattern. And in a ‘cultural dictionary’, a fractal’s shape appears the same from anywhere: a sea coast is a fractal because it “looks roughly the same whether viewed from a satellite or an airplane, on foot, or under a magnifying glass”. Taken together, which Sen intends us to do—since he provides all three definitions upfront—it would seem that the title ‘Fractals’ refers to the volume’s style, content and scope, as well as acknowledging the repetitiveness of some of the poet’s concerns, as well as recurring patterns in his work.

In Fractals, Sudeep Sen is telling the world that he has produced a substantial body of work, some of it honoured by international prizes and worthy of standing between hard covers on a serious reader’s shelf. In an era where celebrity versifiers are the only ones who attract media attention and in which more serious poets have long found it hard to be published, let alone recognised, Sen has carved out a distinctive space for himself. It’s time for the rest of us to sit up and take notice.