Desp­ite many glitches, packs an emotional wallop where, as always, innocent lives are caught in the barbed wire of history. 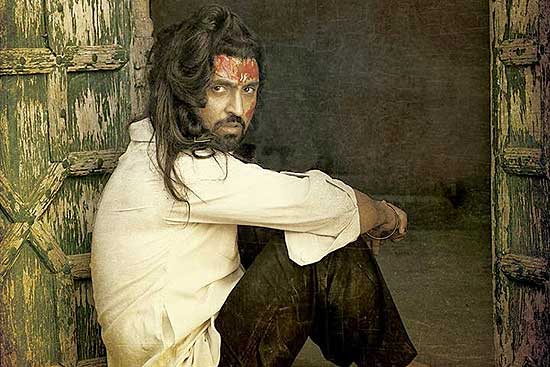 Punjab 1984 begins in the thick of Operation Bluestar in the Golden Temple in Amritsar. In a crowd of innocent people, locked in one of the rooms, a mother seeks water for her infant. We then cut to another mot­her, Satwant Kaur (Kirron Kher), in search of her son Shivjeet aka Shiva (Diljit Dosanjh), who has gone missing in the militancy-ridden state. The film begins promisingly, like an emotional, Punjabi version of films like Missing and Piravi. Quite obviously it’s not so much history as its human costs that is the film’s stre­ngth. The rural landscape, the lingo, the rustic humour, the mot­her-son relationship make it heart-tugging. Time and again, you may find a few tears rolling down your cheek. The second half focuses on the militancy of the Khalistan movement and the blo­odshed. That’s when the problems begin to surface. The action gets protracted and plays out like a never-­ending revenge saga, Sunny Deol style; the handpump being replaced with an iron rai­ling. As a result, the emotional connect goes for a toss. The actors, however, hold the show. Kher is perfect in the mother role—strong and resilient, forgiving and caring. Diljit is likeable as her prankster son. First in Children of War and now in Punjab 1984, Pavan Malhotra plays an utterly depraved villain. He needs a break. Desp­ite the many glitches, Pun­jab 1984 packs an emotional wallop where, as always, innocent lives are caught in the barbed wire of history.