Tendulkar's book has no new texts, but the wide range of social criticism map his invaluable contribution to Indian theatre. 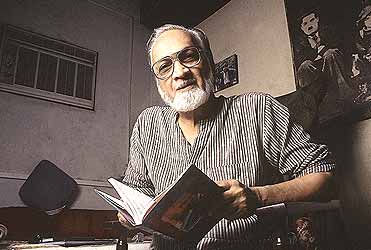 Bandyopadhyay knows well that modern Indian theatre emerged in the 19th century, but casually forgets its pioneers. In Marathi, for instance, G.B. Deval's Sharada depicted "woman as protagonist and victim" as early as 1899. As for who first wrote modern plays in India, Mee overlooks Bharatendu Harishchandra's Hindi Andher Nagari (1881), which reads like a present-day satire on urban corruption. Similarly, she says the anti-colonial "theatre of roots" began after 1947, like so many critics unaware that Tagore broke with Western models and explored open-air indigenous paths since 1908. Nor was it the "most influential" post-Independence trend, for the Indian People's Theatre Association spawned an earlier, more important, leftist drama.

Surprisingly, no representative of this political movement figures among Mee's six plays. Although she suggests easy availability as a disqualification in her choice, Karnad's recently published The Fire and the Rain does appear. But others offer variety: K.N. Panikkar's Aramba Chekkan, adapting the Orpheus-Eurydice tale; Tripurari Sharma's The Wooden Cart, from street-theatre activism; Usha Ganguli's Rudali; Mahesh Dattani's domestic tragedy Tara; and Datta Bhagat's Routes and Escape Routes, a Dalit play.