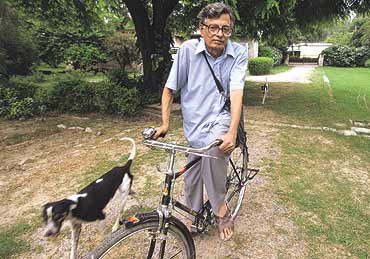 outlookindia.com
-0001-11-30T00:00:00+0553
At 75, Irfan Habib is doing more to change the way history is taught and read now than he probably did all through his long teaching career at Aligarh Muslim University. If his early works on medieval India were eagerly awaited by every social scientist "as if it was a new Satyajit Ray film", his more recent series, People’s History of India, has changed forever the way history is taught in campuses: with a rational and scientific outlook. Never an ivory tower historian, he has not only taken on both Hindu and Islamic communalists countless times, but has now fathered a new breed of historians who move easily from the past to the present, cutting across the phoney chronological borders that divided historians of the last generation. In a profession that has shunned stardom, he continues to be the superstar among not just historians, but all social scientists. His word counts, as few historians’ words have, past or present.