On his new poetry collection, Stuck On 1/Forty 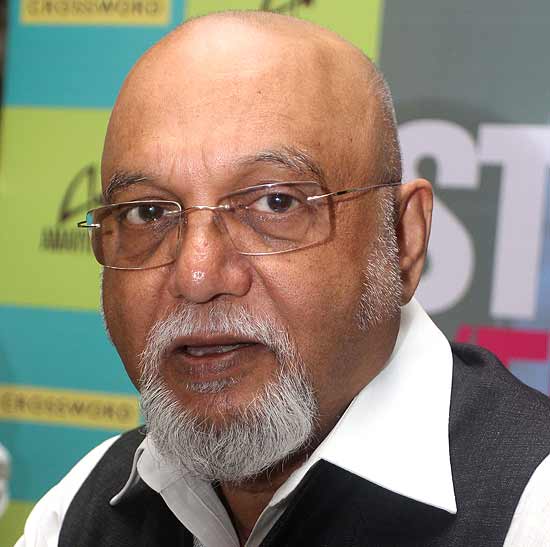 A collection of tweet-sized poetry—how did you hit upon that idea?

I decided to take on the discipline of writing just 140 characters per poem so that people can share them, tweet them, and it could be a conversation starter. I thought it up six
months ago and publishers jumped at the idea.

Does such super-short poetry work?

I have tried to persuade people to look at things differently. And if you want people to read you, you must catch the spirit of the times. So I experimented with the format and punctuation.

You have experimented with the entire packaging, not just the content.

I believe the medium is the message. How you say it is as important as what you say.

How long did it take you to write them?

A month. I work well under pressure, I find peace in the midst of frenzy.

Did you feel tied down by the word count?

No, I always had a sense of when a poem was going to spill over.

I’m a fan of anything that creates human communication. How free is the medium—that’s my concern.

What do you think of other literary experiments happening on Twitter?

These are still young days. Such literary experiments will mature into significant works as more people get used to the medium.

Your book is aimed at young readers?

It will gain acceptance from younger readers because they are impatient. Therefore, shorter poems will appeal to them.

You have written a book after a long hiatus.

Yes, being a journalist and editor makes you numb to language. So I had to give it that space.

What are you working on these days?

I’m producing the film Shaadi Ke Side Effects. I’m also translating one of the Upanishads. Plus, there is a short novel on the way.