Home  »  Magazine  »  National  » Jailhouse Talk »  Prejudice, Pride And A Chopper Override: Why Abhijit Iyer-Mitra Is In Jail Since One Month

Prejudice, Pride And A Chopper Override: Why Abhijit Iyer-Mitra Is In Jail Since One Month 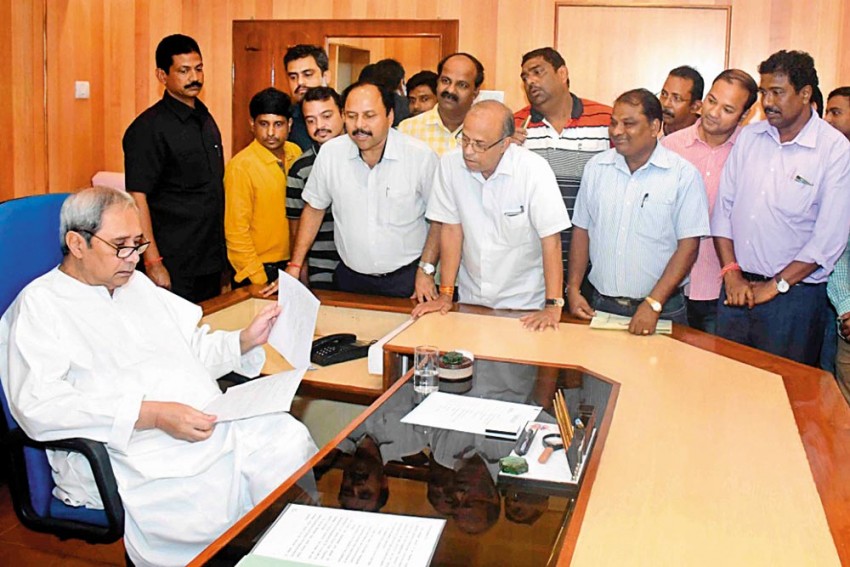 Aggrieved
Journalists meet CM Naveen to complain against Abhijit
Photograph by Sanjib Mukherjee
Sandeep Sahu November 21, 2018 00:00 IST Prejudice, Pride And A Chopper Override: Why Abhijit Iyer-Mitra Is In Jail Since One Month 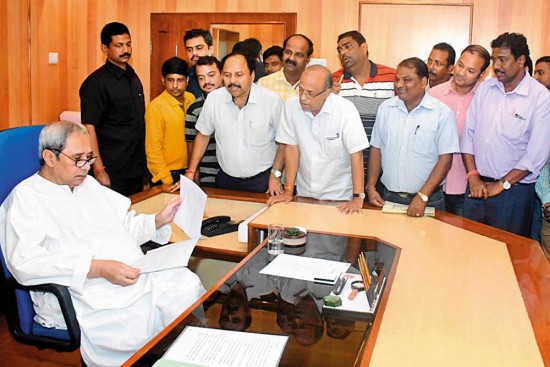 Delhi-based defence analyst Abhijit Iyer-­Mitra has completed one month in jail—for nothing more blasphemous than some ill-conceived, tasteless comments made in zest about Odisha, its people and some of its cultural icons. With the high court registry yet to list ­Abhijit’s bail petition, moved on ­Nov­ember 16, he is likely to cool his heels in jail at least until next week. The Odisha government too is under fire from sections of the Indian int­elligentsia over his arrest and continued incarceration.

“We moved the bail petition in the Orissa High Court on Friday,” Abhijit’s lawyer Nikhil Mehra tells Outlook over phone from New Delhi. “We have also prayed for early listing of the case. We are hopeful that it will be listed for hearing next week.”

While uncertainty looms over the hearing on the bail application, the defence analyst got some much-needed relief on another front when the privileges committee of the Odisha assembly ­decided to act “magnanimous” and acc­epted his “unconditional and unreserved” apology. “In view of the above, the committee recommends that the august house may be mag­nanimous to consider and accept the apology begged by Shri Abhijit Iyer-Mitra for his statement before the media against the hon’ble members of this august house and drop the matter,” the privileges committee said in its verdict on November 17. In an interview to Odia TV channel News 7 in New Delhi at the height of the controversy, Abhijit had called members of the Odisha assembly “buddu”.

While Abhijit can breathe just a little easier after the pardon by the committee, it would be of little help in securing him bail. Narasingha Mishra, leader of Opposition and chairman of the committee, believes it would have no bearing in the police case against him. “They are two entirely different and unconnected matters. It is now for the high court to decide strictly on the merits of the case whether he deserves bail, whenever his bail plea is taken up for hearing. I don’t think the pardon by the committee would have any bearing on the court’s verdict,” Mishra tells Outlook.

Observers believe that the Odisha government and the police, which were rel­entless in their pursuit of this ‘Public Enemy No. 1’ in the initial stages, may not pursue the case with the same vigour they displayed while arr­esting Abhijit. “Now that the government has achieved the political objective it had set out to achieve in the first place, it may not pursue the case any further,” says veteran journalist Rabi Das. “But it’s for the high court to take a call. The state government is beginning to realise that Abhijit’s ­arrest and his long incarceration is earning it a bad name in liberal circles, and hence it may back off now.”

One has to go deep into the ‘political purpose’ that Das talks about to find out why Abhijit’s repeated apologies were good enough for the privileges committee, but not for the government, which hadn’t even bothered registering an FIR when former Supreme Court judge Justice Markandeya Katju made a similarly ‘humorous’ and tasteless comment about Odias last year. Abhijit too had made fun of Odisha in a series of tweets last year. But that did not attract any censure until former Biju Janata Dal (BJD) MP Baijayant ‘Jay’ Panda, who has now had a bitter fallout with Odisha CM Naveen Patnaik, took him on a helicopter ride.

Panda had been crisscrossing the state to campaign against Naveen in recent months and the CM, looking to ground Panda, seized upon the opportunity. The police first registered an FIR against Panda for “violating a no-fly zone” over Chilika lake and seized all three helicopters of his family-run com­pany, the IMFA Group. The helicopters stayed grounded for weeks until the civil aviation authority cleared Panda of any violation.

The case against Abhijit gave the Odia-challenged CM a chance to refurbish his Odia credentials.

Just as the government was beginning to realise there were far too many loose ends in the case against Panda since Chilika wasn’t covered by the no-fly zone, a video that Abhijit made while visiting Konark temple later came in handy. Though Panda did not accompany Abhijit to Konark, his jokes against temples in Odisha were trumpeted as an assault on Odia culture and tradition. Panda was made to bear the embarrassment for hosting him. The Odisha Police also booked Abhijit for his last year’s tweets, acting on a complaint that he had caused outrage and threatened social harmony. It didn’t matter that one of the tweets had garnered only seven likes.

The case against Abhijit also served another useful purpose for the BJD sup­remo. It provided an opportunity to the Odia-challenged chief minister to refurbish his Odia credentials. Canny politician that he is, Naveen was quick to realise that this was an issue on which the Opposition can ill afford to oppose the government since it involved Odia pride and sentiment. Even the journalistic fraternity in the state, barring a few honourable exceptions like Kedar Mishra, largely chose to swim with the tide rather than stand up for free speech. “After Abhijit Iyer-Mitra says sorry, there is no point in witch-hunting,” Mishra said in a Facebook post on October 25.

Even the privileges committee did not lose the opportunity to make a political point while accepting Abhijit’s apology. In its final report, the committee made a reference to “some people” who accompanied him during his visit to Odisha in September and emphasised the point that “before accompanying a person from outside Odisha to show him places of interest in the state, he should have been told about the rich culture of Odisha, and about its different monuments and historical background by ‘the person’ who gave him a lift and accompanied him.” There are no prizes for guessing who this “person” was!

Reports emerging out of the Jharpada jail suggest Abhijit hardly eats anything and has lost about 10 kilos over the days he has been in jail. “He just watches TV and waves to jail officials with a wry smile,” says a jail official, who would rather remain anonymous. The man, who revelled in his role as provocateur at large all these years, is a shadow of his once ebullient self. With no certainty about when he would finally walk free, the academic may emerge a mental wreck whenever he comes out of jail. 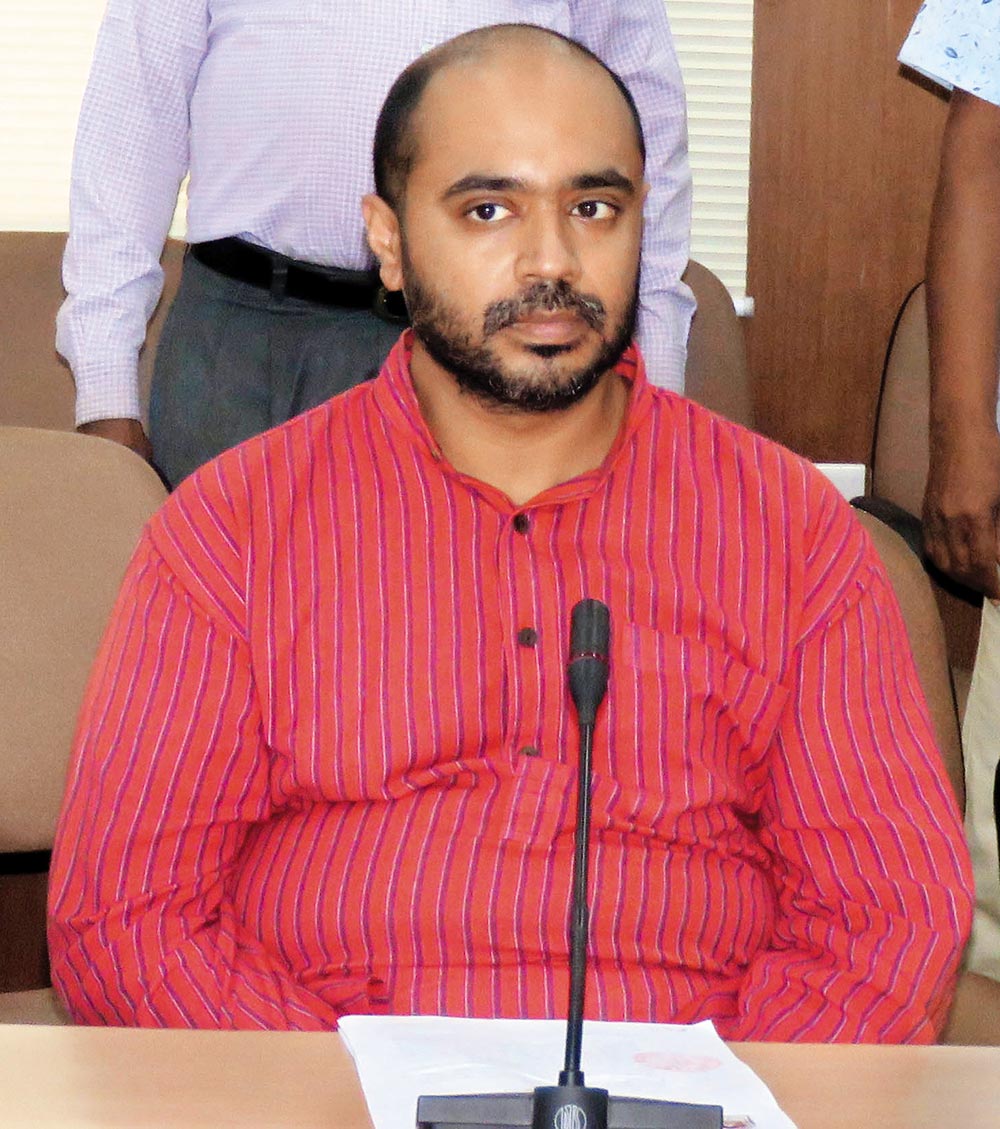 No Country for Free Speech

Amid Outrage Over Citizenship Bill, Signs Of ULFA's Revival