From hybrids to hydrogen: What is the real alternative to fossil fuels? 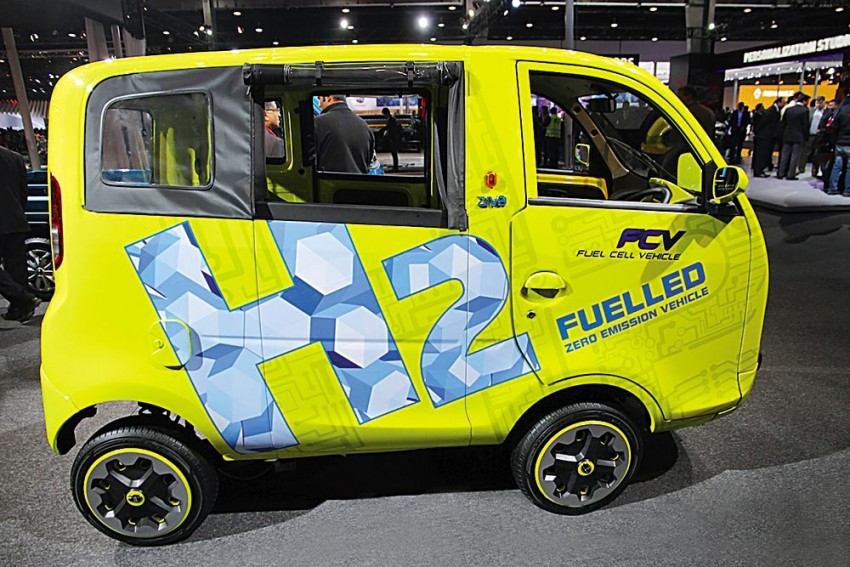 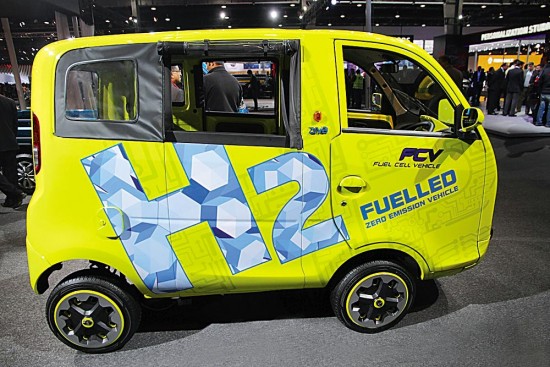 Clean air. It’s the one cause that developmental directives and energy policies draw their bre­ath from. The immediate ­reason why governments are planning to curb the sale of ­petrol and diesel fuelled cars sooner than later. It is the most compelling out of many reasons to switch to a pure electric or hybrid powertrain—other reasons ­include the need for renewable ­energy, the sustainable use of power, long-term cost-effectiveness and a desire to tread the earth ­lightly.  And this clean air requires clean ­energy, which is largely electrical at the ­receiving end, although the original source (such as solar, wind or natural gas) is still an essential ­factor that needs to be taken into ­consideration.

Electricity, then, is a convincing solution on the surface, but there are bigger questions lurking just beneath the skin. In the Indian context, critics have asked, “Where will all the electricity come from?” In the United Kingdom, which is contemplating a complete swi­tch to ­alternative power trains by 2040, ­experts are already worrying “if the national power grid is primed to take the huge overload during peak hours?” Worse still, some critics claim that ­indirect emissions from electric vehicles are similar to those of petrol-electric ­hybrids. Meanwhile, on the ground level, more practical and immediate questions are peddled by car owners: “How easy is it to get my car charged?”  Technology is still evolving; so are the answers.

Charging the electrical component of the fuel system remains the greatest challenge faced by a plug-in hybrid or a pure electric car. In mid-2017, there were hardly a hundred charging stations across India, and these were concentrated in the more progressive cities such as Bangalore. Even in countries where the presence of the charging point is not an issue, the charging time still is. The Tesla Model S, the second highest selling electric model, takes more than half an hour to get near the halfway mark using a sup­ercharger. In this context, destination chargers (the ones attached to malls and hotels) make sense because the car ­owner can walk in, do some shopping, have lunch and make good use of the time, INS­tead of letting the car hijack it. Overnight charging is of course a solution, but that assumes that one has a dedicated parking space in which one can install a private charger—an increasingly imp­ractical ass­umption in our urban hubs.

The main advantage of a hybrid car, as compared to a pure electric one, is that charging is not mandatory; it can run on the liquid fuel component alone. This ­indeed defeats the purpose of ­savings and sustainability, but it also helps ­buyers to survive until the plug-in points are as ubiquitous as the cars themselves. That makes a plug-in hybrid sound like a car made for the Indian grid. However, the savings on emissions and costs might currently be outweighed by the higher investment required initially. Charging points in the US

Hydrogen fuel cells are one ­popular ­alternative to the plug-in charger. In a process that can be described as ‘electrolysis in reverse’, hydrogen and ­oxygen are combined to produce ­electricity and water.  In terms of emissions or by-products, nothing could be more ­desirable than plain, potable H2O.  And, in stark contrast to plug-in charging, these cells can be loaded onto the fuel tank as quickly and easily as refilling petrol.  With a greater range than ­plug-in charging, cars don’t need to stop to refuel as ­frequently. Currently, Honda’s Clarity claims the highest range in the industry—over 610 km. This is highly useful, as refuelling stations are few and far between even in the ­United States, where they (and, ­naturally, the vehicles themselves) are mostly concentrated in ­California. These are ‘technologies-on-trial’ but there are at least three important ­developers backing the hyd­rogen fuel cell worldwide. The Toyota Mirai was the first model in the world market, and Honda and Hyundai also have one each. Tata Motors unveiled its hydrogen fuel cell car last year, the Tata Magic Iris Ziva.

To sum up, a strong case can be made for electric cars. An electric vehicle is at the summit of ­minimalist technology. Unlike ­internal combustion engines that transfer power through a transmission system and connecting axles, there is no major ­transmission system, driveshaft components or, at times, even axles in the EV. It is a more direct process that works through transferring power straight to the wheels from the motor.

In terms of tank-to-wheel efficiency; that is, how much of the energy in your tank gets converted to motion, conventional cars have 16 per cent efficiency while the electric car can turn 70 per cent of its energy into motion. The ultimate argument for those who stand for electric cars refers to their well-to-wheel efficiency, which  also includes the cost of getting the fuel to the tank. This could depend on how production, storage and transport evolve for each of these alternative fuels in the coming years.

However, as electric cars can resort to any primary mover; that is, as their initial energy can come from burning natural gas, hydrogen, hydropower or nuclear power stations, they are truly flexible. They can benefit from advances in any of these areas when it comes to reducing costs and increasing efficiency. Hence,  the EV will likely prove to be enduring and adaptive as a future proposition.

EV And AI: The Twin Facets Of The Future