Post the Ambani Empire split: a timeline of the ups and downs 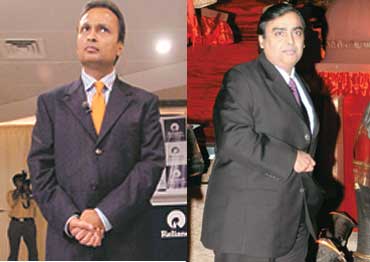 June 2005
Reliance empire splits; Anil seeks probe on governance issues in RIL by the ministry of corporate affairs; no clear answer yet

March 2006
Distances himself from politics; resigns from Rajya Sabha after office-of-profit controversy

May 2006
Wins Line 1 of Mumbai Metro, but now out of further projects

June 2007
Outlets of Reliance Fresh, the retail division of RIL, attacked by traders in UP; state government orders their closure

September 2007
GoM revises gas price from RIL’s field to $4.2 per mBtu; price not acceptable to ADAG