After controlling stent prices, the Modi government is preparing to take on expensive branded drugs with generic medicine stores across India 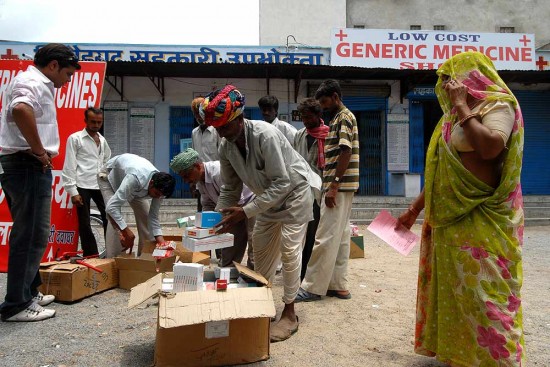 India’s booming pharma sector is a global star. Its ability to produce cheap branded and unbranded generics, much of it exported, has earned India the tag of being the ‘world’s pharmacy’. For instance, 92 per cent of HIV/AIDS medicines supplied globally are made in India. A third of the generic medicines sold in the US are from Indian manufacturers. Homegrown pharma has also helped make healthcare affordable in some of the poorest nations, across communicable and non-­communicable diseases.

In sharp contrast to this success story, affordable healthcare is still beyond the reach of millions of Ind­ians. According to the 71st round of the National Sample Survey 2014, the latest round on healthcare for which data are available, nearly 57 per cent of rural Indians avoid seeking medical advice when needed because they can’t afford the costs. Among urban Indians, the figure is even higher: 67 per cent. The survey also revealed that in rural areas, spending on prescription medicines accounted for 72 per cent of a household’s healthcare costs, the highest among BRICS countries. Average out-of-pocket healthcare spending accounts for 69 per cent of the total health expenditure in India, which is higher than most of India’s neighbours, including Thailand (25%), China (44%) and Sri Lanka (55%).