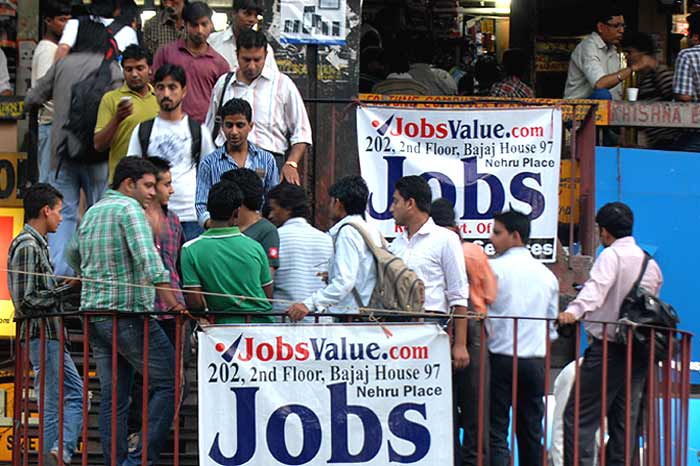 Yangkina Lama, 29, was a stewardess with Jet Airways for seven years before she upped and left her life in New Delhi. She quit her job, left her apartment, friends, shopping mall visits, the monuments and eateries—and moved back to her hometown in Sikkim. She’s looking for a government job there. Lama sat for a teacher’s entrance exam last week. The week prior, she took the test to join the police force. Next, she’ll sit for another teacher’s exam and then look into the bank, postal, telegraph and power sectors. “I’ve been giving every government exam coming my way, though my choice is to be a teacher,” Lama, who went to college in Calcutta, says. “Delhi’s very lonely and very expensive: I spent on unnecessary stuff and saved very little. The strange thing is I thought I’d miss my life in the city but I don’t.” Her sister and friends returned home earlier, and are applying for local government jobs.

But it is not as if Sikkim is flush with jobs. Hundreds, even thousands, of youngsters are giving government jobs a good hard look. Not just because they want to play it safe. Deekshant Sehrawat, who runs MBAGuru, a coaching academy for MBA aspirants, says it isn’t entirely true that private sector jobs hold a greater sense of satisfaction. “I see a lot of unhappiness in the private sector as well,” he says. “Young people are constantly jumping jobs, always comparing salaries, almost always unhappy.” Agrees Ulhas Vairagkar, director, T.I.M.E. Delhi, a coaching firm: “Not everyone who joins a government job wishes to move to the private sector.” He says more students are enlisting to prepare for bank, post office and other government exams, as compared to a few years ago. Getting an MBA is the easy part. It’s tougher to get youngsters to find a career they want, which fits their interests, rather than just get an MBA because it seems like a “catch-all tool that everybody wants to procure”.