Polo Sweaters In A Vicious Chukker 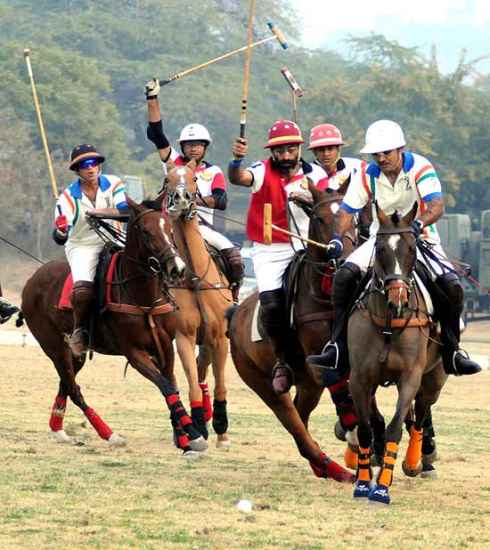 Lost In The Dust

The horses snort and kick up divots as they chase the ball across the grass. One horse muscles out of the melee and gallops forward, his rider swinging his mallet high in the air. He thwacks the ball and it shoots through the goalposts. The audience erupts in excited shouts. They are at the Rajasthan Polo Club in Jaipur—the most important of India’s four independent polo clubs—where the polo season is now in full swing. But while the audience is enjoying the on-field rivalry, most have no idea that a behind-the-scenes tussle is cleaving Indian polo in two. India may well be the birthplace of the modern game of polo, but critics say the country has let the sport wither and nearly die.