Please Ban This, By Law Or By Judicial Decree

If only to restore public trust in our judges, salutary precedents should be followed to keep errant judges off work till absolved 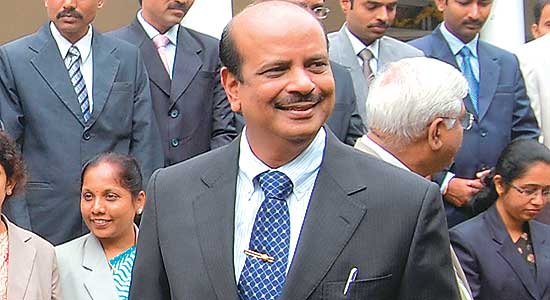 This is an appeal for action in a situation of inaction in the matter of Justice P.D. Dinakaran. By now, the media has detailed several acts of apparent misconduct on part of the judge with enough authenticity and credibility. All his private gains have become public knowledge. The Forum for Judicial Accountability placed such material as it managed to acquire before the Chief Justice of India (CJI), who, after scrutiny, has referred the matter to the government. Justice Dinakaran is not going to be elevated to the Supreme Court. But is the government investigating the allegations? We do not know. The CJI could have handed over the complaint to the CBI, and, after investigation, if the allegations were prima facie found true and substantial, he could have sanctioned prosecution. Meanwhile, Justice Dinakaran sits in court with no restraint on him. If what has appeared in the press cannot be hidden from the public ear and eye, will the public have confidence in his administration of justice?

Ordinarily, when an inquiry takes place on any serious charge, particularly of corruption, against any officer or incumbent of any office, the person is first of all suspended and prevented from discharging official duties. In the case of judges of the higher courts, it should be more appropriate that they voluntarily abstain from work, particularly when a ‘scrutiny’ is on at the Supreme Court level. What is expected of a judge is stated in the Restatement of Values of Judicial Life (Code of Conduct), and one of the important “values” (16) reads thus: “Every judge must at all times be conscious that he is under public gaze and there should be no act or omission by him which is unbecoming of the high office he occupies, and the public esteem in which that office is held.”

Despite the charges against him, Justice Dinakaran continues to sit in court. how will litigants have any confidence in his administration of justice?

It is true there is no provision in law or in the Constitution to suspend an errant judge from functioning during an inquiry. But that deficiency should not allow a judge to compromise on his conscience. In the past, when such aberrations arose, some attempts were made to ensure that the judge concerned stayed away from work. In the case of Justice V. Ramaswami of the Supreme Court, when inquiry proceedings under the Judges (Inquiry) Act, 1968, began, the then chief justice of India just declined to assign any judicial work to him. So also when the bar associations of the Bombay High Court called for the boycott of four judges (1990) on grounds of corruption, the then chief justice of the high court did not assign any judicial work to them, with no demur from the bar or the bench. Later on, two of these judges were transferred; one resigned, and the other, refusing to accept transfer, actually continued without any work for nearly four years, till retirement.

These salutary precedents seem to have been forgotten. The CJI recommends impeachment of a judge of the Calcutta High Court (Justice Soumitra Sen), and the judge refuses to resign. What’s more,  the chief justice of the high court does not seem to have withdrawn any work from the impugned judge. The same is the case with other judges named in the Ghaziabad provident fund scam case. 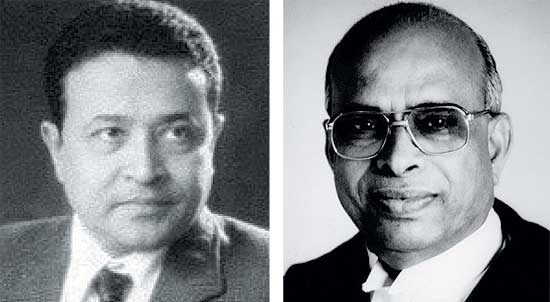 In the case of Justice V. Ramaswami, 12 of the 14 charges were held proved. The charges, inter alia, related to criminal misappropriation, cheating and so on. No prosecution was ever launched against him, even after retirement. In the case of Chief Justice A.M. Bhattacharjee of the Bombay High Court, where the allegation was that he had received a disproportionately large sum of $80,000 in royalty from a suspect publisher in West Asia for the second edition of a book on Muslim Law and the Indian Constitution, the Supreme Court just declined to order any investigation or inquiry on those allegations. The court further said the constitutional provisions of impeachment “put the nail squarely on the projections, prosecutions or attempts by any forum or group of individuals or associations, statutory or otherwise, either to investigate or inquire into or discuss the conduct of a judge or the performance of his duties and on/off court behaviour”. Thus, the Supreme Court lost the opportunity to lay down guidelines in Justice Bhattacharjee’s case. The Supreme Court itself could have inquired into his conduct. It didn’t. It just closed its eyes, like the ostrich burying its head in the sand. So the same is likely to take place in the present case.

M.C. Setalvad, the first attorney-general of India, in his book, My Life, refers to the episode of the chief justice of the Patna High Court being accused of giving a false age at the time of his appointment and how P.B. Gajendragadkar, the then chief justice of India, persuaded him to resign without any investigation. Setalvad says: “The canker appears to have spread even in the highest judiciary...it is surprising that the persons in high places who have repeatedly, eloquently condemned corruption of all kinds on the public platform should be parties to draw a veil of silence and secrecy on the alleged corruption of the chief justice...(and) they seem to imagine that by avoiding...the allegation against the chief justice, they are saving the judiciary...from exposure; they forget that what they are trying to conceal is known to all lawyers and concerned citizens.”

The situation being extraordinary, the supreme court should consider issuing an order keeping Justice Dinakaran from his judicial duties.

It is, therefore, necessary to amend the Constitution to provide for the dismissal of at least such errant judges as have proven charges of corruption, bribery and such other acts of misconduct, which would fall beyond the ambit of appropriate judicial behaviour. There should be an independent complaint mechanism and an independent tribunal for investigation and appropriate action. In proper cases, there could be prosecution under the criminal law.

Our law minister has been saying no tainted judge will be allowed to continue. But so far, he has not quite spelled out the proposed law to bring that about. If one has to judge by what he did in the last Lok Sabha session, he seems to be suffering from the belief that the proposed law should in fact have the nod from the judiciary (“as you please, my Lord”). That’s the reason the UPA-I government could not bring in any appropriate law, either on the appointment or performance of the judges. The government must know that any consent from the judiciary, even if given, is no guarantee that the law would be later held constitutionally valid. It will have to be tested independently.

It is hoped that the government will appreciate the urgency of the situation in which the confidence of the public in the judiciary is fast eroding because of the presence of such errant judges. This should not be yet another missed opportunity. In any event, one must acknowledge that the situation being an extraordinary one, the Supreme Court (not necessarily the CJI) should suo motu consider an innovative approach of issuing an appropriate writ or order directing Justice Dinakaran to abstain from discharging his judicial functions. That may sound extraordinary, but it could prove necessary, not for the protection of the corrupt or dishonest, but for protecting the reputations of several other honest, conscientious and hard-working judges.

Finally, one must know that judicial integrity is not just a private virtue, but a public necessity. The situation demands action—not inaction.

(The writer is a former judge of the Bombay High Court.)

A Piece Of Iceland...