Listening along with Sanjay, warmed in the glow of his personality 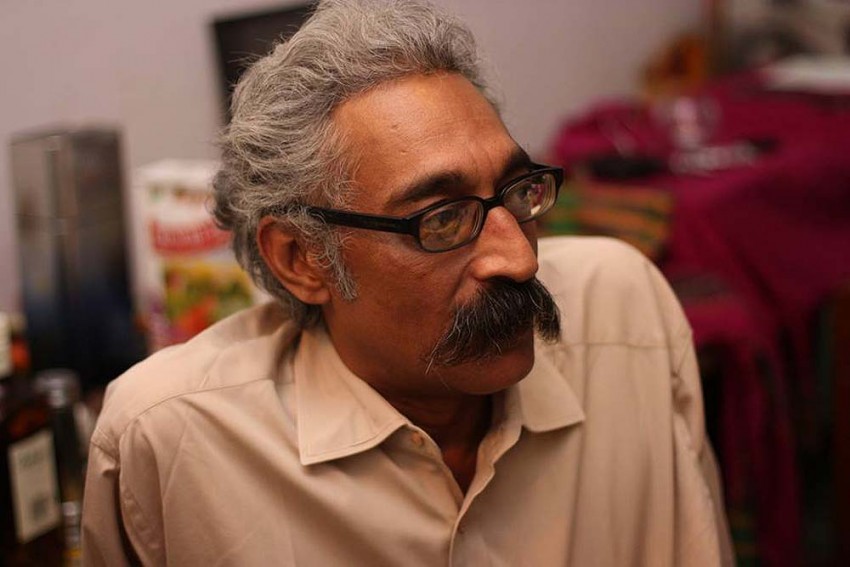 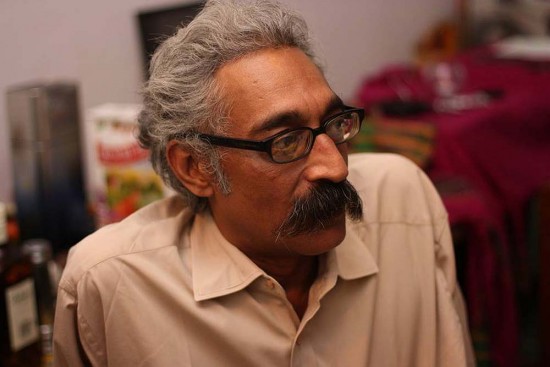 I first met Sanjay in 2013, seated on a chair, a yellow balloon dangling above my head. “Is that a yellow balloon on your head?” he asked, blinking at me in the dim veranda light. “Yes.” “Good. I thought it might be the whisky.”

We were at Sangam House, 30 km outside Bangalore, at the Nrityagram Dance Village. A mild December evening, all aro­und us red earth and trees darkened to inky blackness. I was attending the writing residency run by his wife, writer and translator Arshia Sattar, and we were celebrating an artist’s birthday. Our efforts at decorating the veranda for the occasion were loosening, slipping down fans and pil­lars. The yellow balloon bobbed lower as the night wore on.

“I liked your book,” he told me, and I thanked him. Only later would I find out he was on the Shakti Bhatt First Book Prize committee. (Boats on Land had been shortlisted that year.) We talked about Shillong, the weather, Bangalore, the benefits of organic weed; later I brought out my laptop—“This party is too quiet”—to play some music.

I put on The Rolling Stones; we became friends.

A cluster of labels surround Sanjay’s name in his obituaries—thespian, wri­ter, cultural activist. A scattering of drama titles, Inherit the Wind, The Dreams of Tipu Sultan, One Flew Over The Cuckoo’s Nest. An award-winning Kannada movie, Lucia, in which he marvellously played a part. The India Foundation for the Arts (IFA), where he headed the Arts Education Funding Program. Kali-Kalisu, the Goethe Institut’s flagship culture and development project, behind which he was a ‘driving force’. We didn’t talk about any of this that night at Sangam House. Instead, we moved from song to song, delighting in shared musical camaraderie. Above all, Abbey Road, we declared, followed closely by Exile on Main Street.

“Why didn’t you tell me this Shillong girl liked all this cool music?” he shouted across to Arshia.

By the time we packed up, it was almost dawn. Much whisky had been consumed, a cake cut and divided, all around us red earth and trees lightened.

I can’t claim to have spent countless afternoons at Sanjay and Arshia’s apartment in Bangalore, but each time I did, whenever I happened to be in town, it felt like home.

It was a ridiculous collection.

Vinyl after vinyl, lined edge to edge on a bedroom wall. Miles next to Mozart, Bowie alongside Cream, and, even better, so much music I hadn’t yet listened to, names I didn’t recognise, waiting to be discovered. It was all there. A glorious higgledy-piggledy mess.

In the living room, an immaculate set-up, the record player, and an old set of booming speakers that he only switched on for ‘special occasions’.

“But Led Zeppelin are always a special occasion,” I protested. “You’re right.”

Frequently, we talked books and literature, about a play, funny stories. Yet there is rare pleasure in the silence of listening to music together. In the heartbeat thrum of percussion. A shared ‘ooooh’ over an incendiary solo, or a clever, miraculous shift in tone and mood. There aren’t many people, I realise, with whom I can do this.

Sometimes, when I lit a cigarette, we’d talk about his illness. He said he’d done all that, and couldn’t anymore.

When I visited him this January, he seemed more unwell. But we made plans for the Jaipur Lit Fest, who to heckle, where the best bars were. And, inevitably, we drifted to music. His great love was jazz, Miles in particular, but he gave me a free run of his record collection. “Except opera.” I’d held up Cosi Fan Tutte. “No bloody opera.” The last time I saw Sanjay was by the fountain at Diggi Palace. He hugged me—I wish I’d hugged him longer, harder—and asked me to take care.

The last record we listened to—and how macabre this sou­nds now—was The Grateful Dead’s Workingman’s Dead. We were at a dinner gathering, and Casey Jones came on. The first few twangs of that guitar, a scuffle of drums. The others at the table ate, conversed. Sanjay and I bobbed our heads, mouthing lyrics. He leaned over: “You know Janice, no one here’s fucking bothered. It’s only you and I listening.”

I miss him. I think of the LPs we won’t untiringly play over and again. This silence is unshared; I’d like to fill it with music. I’m still listening.