A handy safety checklist and buyers' guide to fun. 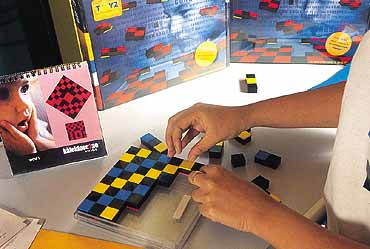 outlookindia.com
-0001-11-30T00:00:00+0553
Fun is a great business to be in, except when it hurts. And it does every year. Especially during the school-free, stay-indoors-and-play summer months when injured kids are rushed to the doctors—having swallowed wheels from dinky cars, being blinded by plastic arrows or suffering from allergic reactions courtesy stuffed toys. Because no matter how bright, appealing and creative toys seem, there are a couple of fun-da-mentals that you can’t afford to overlook, even during supervised play. Here’s a handy safety checklist and buyers’ guide.

The Pull Test: Tell a salesperson to open up the box so you can tug at the nitty-bitty parts—beads, buttons, eyes and wheels—see how strongly bits-n-bobs have been attached.

The Toxin Check: While most branded products are colour-safe on the outside, ask about the liquids in teething rings and bubble-toys that can be burst or punctured.

The Skin Test: Run the product on your palms, check smoothness and bluntness from every angle.

The String Measure: Keep the cords short enough so that a child doesn’t wrap it around his/her neck.

The Feelgood Factor: Is the toy going to make your kid angry, aggressive, combative? If you’ve got to get a gun, buy the kid a big, plastic bazooka with water bullets.

And now for the good news on the latest. Baby gyms for infants from 0-6 months. Colourfully coaxing babies to kick and pull before crawling, these gyms are equipped with rattlers, shakers and mobiles. For six-month-olds, Funskool has introduced five-dimensional stacking action blocks. OK Plays’ Rs 395 string-up swing for 12-month-plus toddlers has elastic seat-belts and a safety bar. Moose Mountain’s inflatable fun-stations for 3- to 8-year-olds, steeply-priced at Rs 5,000 plus, can keep more than two tykes active at one go. But the best thing is the all-age inclusive Kaleidoscope, now selling in Delhi. It is a mindgame for kids-to-adults, which uses just 18 unique patterned pieces on a chess-like board. Played offline and online, this Rs 995 ultimate brain-up game combines fun, science and creativity for juniors and seniors. So hurry up and join the bouncy tots in the toy store. 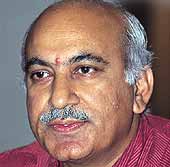