The story behind the gradual, gratifying turn of Indian table tennis 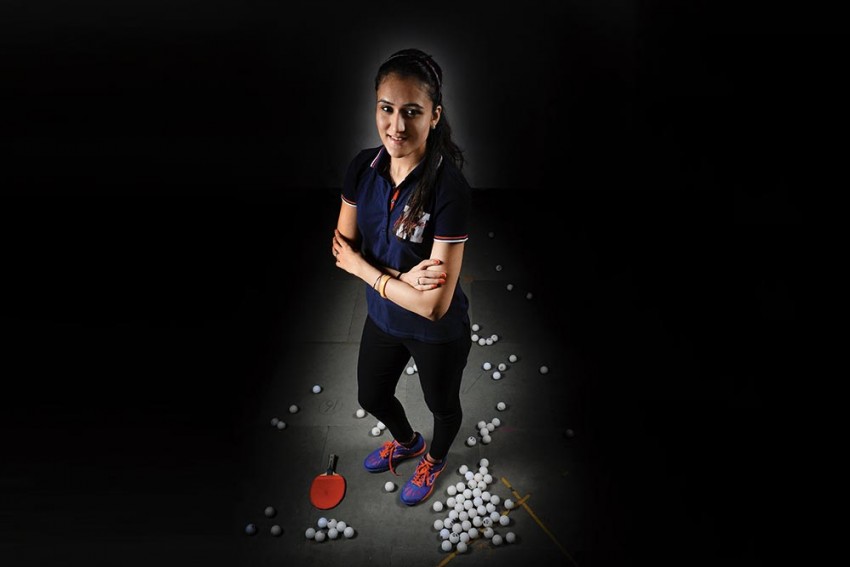 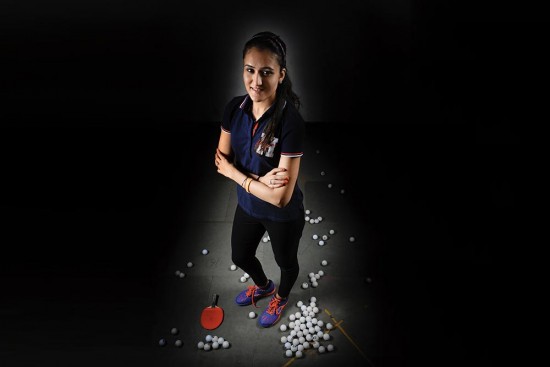 In 1973, the legendary Manjit ­Singh Dua travelled around three days in train, from Delhi to Madras, to compete in the national table tennis championships. His determination, however, made light of his grime-enc­rusted journey—he won the first of his three national singles titles. That was how things were for sporting stars of yore. If Dua were playing today, he would have made the journey in under three hours, in airline comfort. Revealingly, Dua, who won his titles between 1973 and 1979, plays a crucial role in making things easier for today’s players.

His efforts have borne fruit—the standard of Indian table tennis has improved enormously. Today, there are two Indians in the top 50 of men’s rankings of the International Table Tennis Federation (ITTF)—Achanta Sharath Kamal (43rd) and Gnanasekaran Sathiyan (46th)—while the men’s team is ranked a creditable 11th. In the women’s category, Manika Batra (69th) and Mouma Das (117th) have the best ranks; the team is ranked 24th.

The image of the sport in the country got a humongous fillip after the teams’ extraordinary performance at the Commonwealth Games (CWG) in Gold Coast, where India won an unpre­cedented eight TT medals, including Man­ika’s epoch-making gold in women’s singles and two more in the men’s and women’s categories. Continuing their gol­den CWG roll, the men’s team finished 13th—up from 25th in 2016—at the World Team Championship this April though, with Indians still punch-drunk with the CWG exploits, the players didn’t get enough kudos for that.

“Before the CWG, they didn’t think there was so much scope in TT. But the CWG, especially my gold medal, was a big thing as it hadn’t happened earlier. In 2006 CWG Sharath Kamal bhaiya had won gold medals [men’s singles and men’s team]. Now, people’s perception has cha­­nged; they are following TT like they follow cricket and badminton. And people know us. That is great,” Manika tells Outlook.

A large chunk of credit for India’s rec­­ent successes goes to Manika, eight-time nat­ional champion Sharath Kamal, Sathiyan, Soumyajit Ghosh, Mouma, and Poulomi Ghatak, among others. If one marker of sporting health is a talented, speedily improving second rung, then Indian TT is in its pinkest. It is led by under-18 world No. 2 Manav Vikash Tha­kkar, who in February became the first Indian paddler to be ranked No 1. Also perched for top flight are four colts in the world’s top 50—Manush Utpalbhai Shah (25th), Snehit Suravajjula (26th), Jeet Chandra (36th) and Parth Virmani (42nd).

Kamal, 35, sums up the remarkable transformation. “Since the Olympic qualification, TT players entered the government’s Target Olympic Podium Scheme, with that the funds started coming in. With the enhanced budget we could have training camps all over the world—in China, Germany, while the Table Tennis Federation of India (TTFI) and the Sports Authority of India (SAI) had better planning. Then, Italian Massimo Costantini returned to India after six years as chief coach,” Kamal tells Outlook from the US, where he is holidaying.

The engine room of Indian TT’s turnaround is tended by four players—Kamal, Soumyajit, Manika and Mouma—who qualified for the 2016 Rio Olympic Games. Never before have so many players made it to a single Games, though they failed to cut through the thicket of the world’s best. Then, in August that year, the TTFI reappointed Costa­ntini, whose earlier tenure was in 2009-10, when India won five medals at the 2010 Delhi CWG.

The appointment of Costantini was amo­ngst the necessary factors that helped kindle the TT revolution. Today’s happy situation has several elements—there is no dearth of funds; players get regular foreign tours; they are competing/sparring with top inter­national players; training camps are held regularly; government/federation patronage is not conditional and private entities like Olympic Gold Quest are managing/sponsoring players. These combine to make table tennis a sport worth investing in, worth watching, and worth pinning hopes on, including that elusive Olympic medal. Ex-national coach Bhawani Mukherjee has seen the tra­ns­formation. “India’s performance has been improving.... But Manika and other women players should also go to Europe for exposure, like the men,” stresses the man with 40 years’ experience. 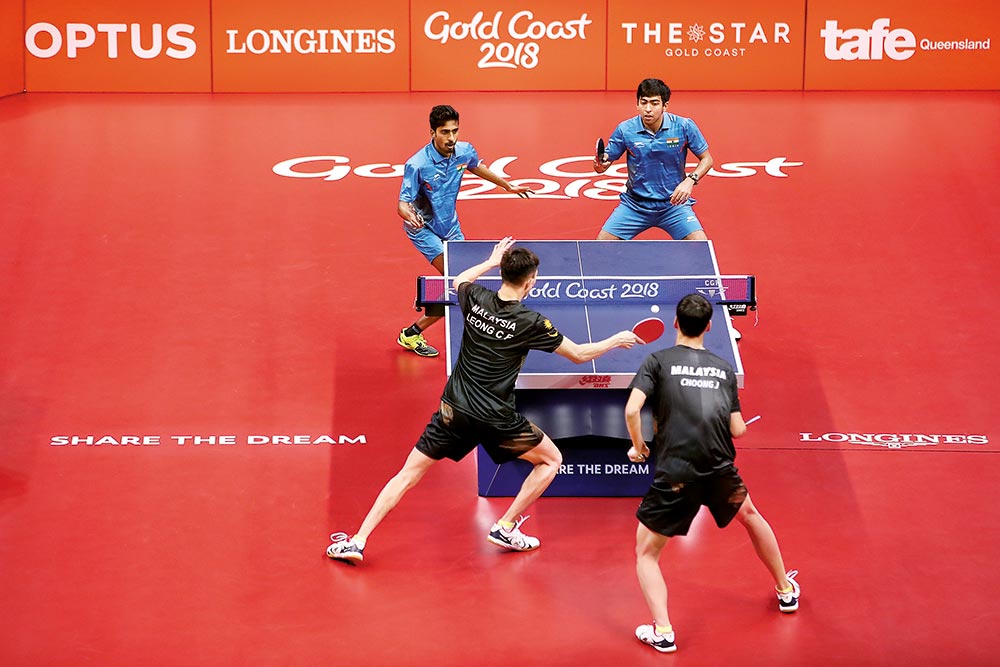 Kamlesh Mehta, an eight-time nati­o­nal singles champion and a director with 11Sports, puts the foreign exposure to players as a crucial aspect—Sharath was the first among the present generation to play in a foreign league 14 years ago. “More players, often from a young age, have been playing in the European circuit since 2010, some on their own expense, along with the TTFI’s openness to allow them to go abroad,” Mehta tells Outlook.

Dua, the first Indian player in the German Bundesliga as a pro in 1981, app­­reciates the SAI’s contribution. “It is helping with trainers and physiotherapists and masseurs. As a nat­ional selector, I am part of devising programmes, and ensure that they are implemented. I also give full credit to Costantini, against whom I played in the ‘golden days’,” he says.

In the TTFI executive committee, Dua has the company of former players like twice national women’s champion Mantu Ghosh, who are contributing to the game in their second innings. Mantu, who also coaches in Siliguri, says that players’ outlook has undergone a change. “Today,  our kids play fearlessly. They don’t care if they are facing a Chinese or a Japanese opponent. This change has come about because of constant foreign exposure,” she emphasises. Former players who have turned to coaching, says Mantu, contribute significantly to the TT renaissance.

Earlier, TT excellence was limited to a few pockets. Now, improvement and awareness have led to an even spread.

Along with role models celebrated in a media that has whittled distances down, table tennis is spreading across the map, unrestri­cted to poc­­kets like Mumbai, Delhi, Calcutta and Che­n­­nai. “It’s balan­ced now. Earlier, it was like if you are coming from ‘this’ state, you would be good. Knowledge and trad­­ition used to stay with a particular city or club. Now, because of globalisation, improvement and awareness, there is development all over the country,” points out Kamal.

But along with unfettered joy at an efflorescence, blemishes have to be noted too. Like poor accessibility of stadiums. Dua rues the rising stadium rent in Delhi. “In recent years, organising tournaments at the Indira Gandhi Stadium, Talkatora Stadium or Thyagraj Stadium has become too expensive. From Rs 50,000 for three days it has risen to Rs 3 lakh-Rs 4 lakh.”

Under the brightness of the CWG suc­­cess lurks another question: When will India open its medal account at the Asian Games, where the Chinese and Japanese dominate? “I will not make a commitment, but I will give my best to bring a medal at the Asiad,” says Manika, who impressed all with her game—immaculate placement on the table, tactical nous and a teutonic grit.

And when does she see India winning an Olympic medal? “Everyone dreams of winning an Olympic medal. It’s my dream. I cannot surely say, but we will try our best in 2024,” says the fan of Chelsea football club. Kamal, too, is optimistic. “Getting a medal at the Olympics is a process. It will take its time, but it is possible. By 2024 or 2028, I think it is possible in the team event.” The onus now lies on the vanguard—Kamal, Manika, Mouma...for in ardent dreams begin responsibilities.