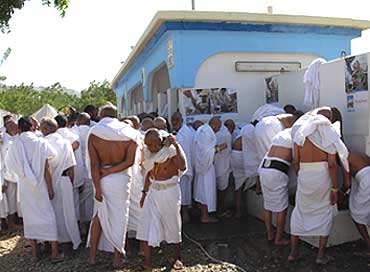 M.A. Haque, a Delhi-based government servant who went for the Haj in 2008 and who filed an RTI application to know the exact cost incurred by the government per pilgrim, says, "The committee has been very unprofessional and there is little justification for this surcharge. It is as if the railways sends you a letter asking for more money after you have reached your destination." Many pilgrims contacted by Outlook say they will not pay the surcharge since the letter is unsigned. Some have torn up the letter as it isn't a valid legal document. 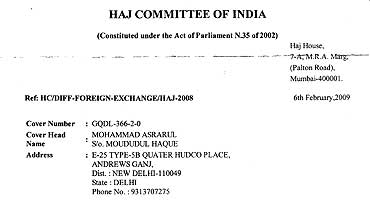 The letter from the Haj panel
Click here for large image

The letter was sent to all pilgrims, irrespective of when they paid in 2008. An official of the committee acknowledged this and said it was done to divide the entire incremental cost amongst all pilgrims. That comes to about Rs 5,000 per pilgrim. "We acknowledge part of the fault, for this additional cost was because of the committee's accounts section, which delayed the remittances. By September 2008, we had to send 40 per cent of the total cost but this was not done," said the official. This has obviously infuriated many pilgrims, and many have questioned how the surcharge amount was calculated. The letter too doesn't explain it clearly.