Underpaid, overworked—teachers are in a bad way. And schools are reluctant to comply with strict CBSE rules. 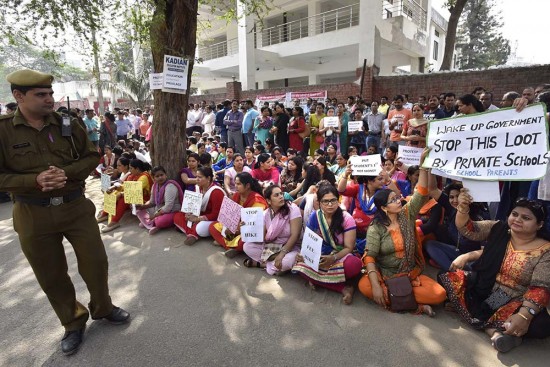 Do you wonder about the gap between the degree of proficiency schoolkids are supposed to have in various subjects and what they actually know? To crack this mystery, look at another gap—the mismatch between what teachers are supposed to be paid and what they actually get. And think of the logical corollaries—the quality that can be attracted to this profession for such pay, the levels of demotivation among those who join and, most significantly, the effect it has on their teaching.

Anita Kumari, a teacher of a small private school in Gurgaon, has been signing a monthly salary receipt of Rs 36,545 for the past four years, but actually drawing Rs 16,000. On paper, the school conforms to the scales prescribed by the Haryana School Education Act; in practice, it pays less than half.

Located less than two km away from Ryan Internatio­nal, where seven-year-old Pradyuman Thakur was brutally killed on September 8, the private unaided school caters to the aspirational population from the nearby urban villages. There are 18 other teachers in the school, but Anita says she is the only one who speaks English. She had applied for a job at Ryan but now, with its new-found notoriety, Anita is looking at other options.

“So many new schools are now coming up, I will try somewhere else,” she says, hoping for a job in one of the swanky new international schools that will pay her as per the prescribed scale, commensurate with her qualifications and experience. She is a graduate from Rohtak University, has a BEd degree from Kurukshetra University and works as a Primary Trained Teacher (PRT) in her school. She aims for the grade of a Trained Graduate Teacher (TGT), to  be able to teach students of Class V to VIII.

Radhika stays in Gurgaon’s Wazirabad village and teaches in one of the relatively...