'Petro Adulteration Scam Could Be Rs 40,000 Crore A Year' 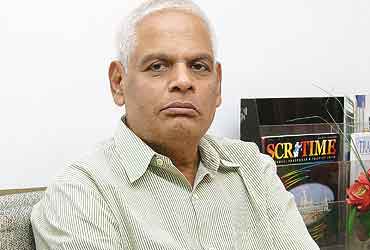 outlookindia.com
-0001-11-30T00:00:00+0553
As executive director of the country's top oil policy body, the Oil Coordination Committee (OCC), K.L.N. Sastri tracked adulteration for years. He was sent back to his parent company, Indian Oil Corporation, in 2001 when his investigations became too hot for its beneficiaries and the petroleum ministry. Sastri took voluntary retirement in October 2002. Excerpts from an interview:

Official studies indicate adulteration of petrol, diesel and lubricants results in an annual loss of over Rs 10,000 crore to the exchequer. Is this true?
The estimate appears highly conservative. At today's prices of petrol, naphtha, diesel and adulterants like hexane, benzene, pentane, lubricants and their base stocks and considering the scale of the operation, the petroleum adulteration scam could be worth Rs 40,000 crore a year. The principal inducement is the deliberate opportunity afforded by government policy, by way of skewed pricing and tax differentials between diesel and petrol and their adulterants.

Is adulteration done by imported oil products or domestic petro products?
Adulteration was being done and is still done by imported or indigenous adulterants. It means substantial gains for unscrupulous traders and dealers. The chances of detection are remote. Adulteration and the range and availability of adulterants were limited to around 10 per cent or so in the '80s. Reliable reports of the late '90s put it around 40 to 45 per cent. The Tata Consultancy Services came out with a startling disclosure in the '90s that 40-45 per cent of pds kerosene was diverted for adulteration, causing a loss of Rs 5,000 crore of subsidy. Similarly there was, and is, large-scale diversion of naphtha for mixing with petrol by processing units. Considering that naphtha is concessionally priced for certain industries as raw material, and petrol is still the costliest automotive fuel, the margins made by mixing the two are unbelievably high. The same is the story with lubricants with a host of re-refiners recycling used lubes and cheaply obtained base oils, shortening the life of engines.

Apart from oil PSUs who else is involved in the spurious fuel market?
We reported several cases of misuse and unauthorised sale by a major player like Reliance of products, including pds kerosene. But the government only bounced it back or did reinvestigation by 'trusted' agencies in the petroleum ministry. Reliance products included OCF-90 used for mixing with petrol and C-9 similar to diesel (also called superior LDO). These were popular in the grey market because of the vast price difference. I obtained a list of products being produced by the company with changed excise classification for adulteration and their normal industry equivalents to caution the oil PSUs to be on guard.

Proof was given to the ministry about ril dispatching even major products like diesel and cooking gas without conforming to specifications. Senior officials in the ministry just ignored this. Whenever LPG prices used to go through the roof in the global market, something or the other used to happen in the company's refinery disrupting production. This meant the PSUs had to import LPG at higher costs. The company once declared some 25,000 tonnes of LPG as off-spec (of lower quality) and not fit for sale in India. When I questioned the ministry on how an off-spec product could be exported, they looked daggers at me.

Were GAIL's byproducts like pentane diverted into the adulteration market?
Not just GAIL and ONGC, all major oil PSUs played no mean part, more often knowingly, in abetting adulteration. There were several instances of oil companies setting aside ministry guidelines while releasing diesel or naphtha to processors, supplying large quantities of products to non-existent factories without the technical evaluation committee's clearance. Oil PSUs were surely colluding in adulteration by callously selling petro-products like naphtha to operators without ensuring whether these units actually exist. Barring a C.R. Das Gupta or N.B. Prasad (ex-chairmen, IOC and ONGC) not a single oil sector CEO stood up to political and bureaucratic pressure.

Did you urge the ministry to act against the use of super LDO as an adulterant?
From 1998 to 2001, I wrote to the ministry about the activities of a major private player and submitted vigilance reports. We submitted invoices to the ministry that proved it was releasing products like super LDO, a diesel alternative, used for adulteration. To avoid detection, the company was releasing products under various names and duty classifications. But both the seller and the buyer knew what was being sold and bought. When the menace assumed serious proportions, the then secretary formed an industry group to identify all such products, establish which product could be used to adulterate which product and their sources. That secretary was shifted as the then NDA minister, V. Ramamurthy of the Tamizhaga Rajiv Congress, found him inconvenient.