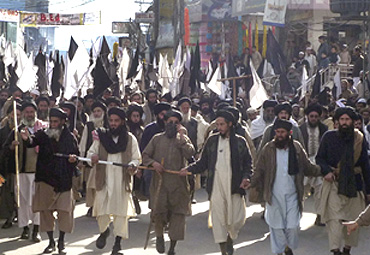 Usually, a peace deal anywhere aims to unite society, heal festering wounds and really speaking insulate the future from a bloody present. In Pakistan, though, the deal between the Tehrik Nifaz Shariat-e-Mohammedi (TNSM) and the government has driven a wedge between the liberals and conservatives, the Urdu and English media, the rulers and their people. Worse, the deal threatens to provide an opportunity for the militants to regroup and become a bigger menace to the Pakistan of the future.

Ironically, what unites these contending sections in Pakistan is the belief that the deal, signed between the TNSM and the NWFP government, marks the defeat of the State in the picturesque valley of Swat in Malakand division. Unable to vanquish the Taliban—to which the TNSM is closely linked—the State has bought peace through the Swat deal that allows the implementation of Shariat in return for the militants terminating their attacks on security forces. This guarantee from militants has been underwritten by TNSM chief