An angry bureaucrat slams the Kejriwal regime, wonders why it shouldn’t go 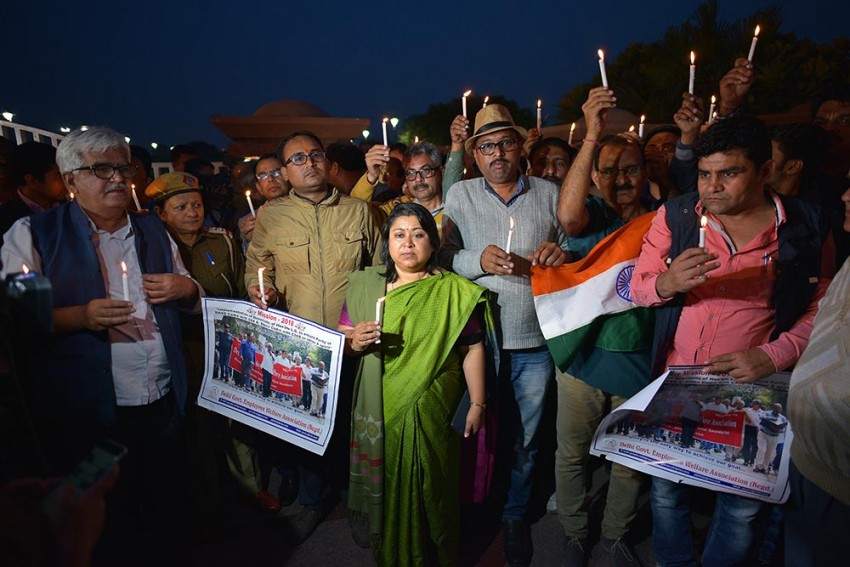 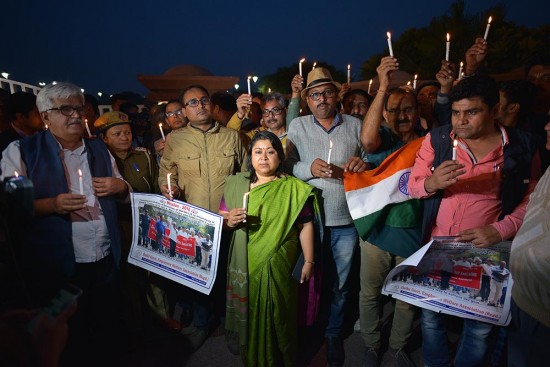 In India, IAS officers have been blamed for every ailment that afflicts the country—they are undoubtedly resp­onsible in reasonable part for both policy design and execution err­ors. But never bef­ore has the country seen a good officer of chief secretary rank assaulted and abused in the presence of a chief minister. Doesn’t that make the CM a co-conspirator in crime, thus prove that the case is one  of breakdown of governance? If it was ind­eed a meeting on rations, why at midni­ght? Why were the civil supplies minister and secretary not present?

I will simply list some facts, data and evidence—and leave it to the reader to judge whether the Arvind Kejriwal government in Delhi doesn’t warrant dismi­ssal under the Constitution to be replaced by a regime that respects rules. Constitu­tional authorities must analyse those documented 30-odd serious violations of law from 2015 till date and then take a call on whether legally—not just morally—this government should exist or perish.

One of the senior bureaucrats says he, for the first time, faced a threat to life from someone with constitutional power.

Critics of the Kejriwal government acc­use it of four kinds of misdemeanour. First, loot the treasury and assign monetary as well as other benefits to its volunteers. Two, engage in a job generation programme—again, for its volunteers. Three, subvert every norm to ensure the above. Four, attribute every failure of its (mis)governance to the Union governm­ent in some manner and garner sympathy at every step. Let’s now see whether or not these allegations have merit.

The Aam Aadmi Party was elec­ted  three years ago with huge and unprecedented aspirations of people powering it, with an educated professional leading it—and sadly the fall has been unprecedented too. The regime decided to interpret Delhi as a full-fledged state government. Now, that was not under the law—as later confirmed by the judiciary. The High Court also pointed out the sup­remacy of the lieutenant governor, appointed by Presi­dent of India, as the administrator for Delhi. Relying on its perverse understanding and assuming existing notifications to be inoperative (which they were not in the absence of any direction from courts or the Gover­nment of India), the Kejriwal regime went on a deeply colourable exercise of illegally grabbed authority. That was for six things: make arbitrary appointme­nts of unqualified pers­ons (in some INS­tances close relati­ves of ministers); constitute/reconstitute statutory boards without authority; seek refuge in “councils’ decisions” with­out following due process of law; exercise statutory powers that did not belong to the Government of National Capital Territory of Delhi; confer benefits on the AAP, its MLAs and favoured indi­viduals;  appoint standing counsels, advocates on rec­ord, et al with no process.

Numerous ex-post facto approvals were sought. That, after the hammer of High Court fell on them. Yet the Kejriwal government, self-professed ‘ana­rchists’, were determined to create disorder in public discourse and administration. First, the CM on April 29, 2015 (two-and-a-half months after assuming power), issued an order that said files pertaining to all subjects transferred to Delhi Legi­slative Assembly as per constitutional provisions “shall be decided at the appropriate level” up to the CMO “without bothering the off­ice of the Lt. Governor.” Further, as for the reserved subjects, they should be submitted to the L-G through the minister concerned and the CM. That was in clear violation of the High Court’s later affirmation of the powers of the L-G in Delhi.

Second, Perfect Relations was commissioned as a consultant on a nomination basis without following bid process as per law. The PR firm created an artificial urg­ency by initiating the proposal on July 6, 2016 for a social media campaign to commence on August 8 that year. The consultant thus recommended and sele­cted itself to execute the project! Conflict of interest be dammed!! From whom should the taxpayers’ money spent be recovered? Even as it was pointed out to them that this was in violation of Supreme Court guidelines and General Financial Rules manual, they went ahead.

Third, Dr Nikunj Aggarwal (Kejriwal’s sister-in-law’s son-in-law) was recruited without any due process. And he splurged public money on foreign travels and trainings. Likewise, a tender condition Clause 2D to hire “highly skilled profess­ionals” was tweaked to allow Soni Detective & Allied Services, which provi­des security and housekeeping staff to also provide “highly skilled professionals” at huge salaries! All the expenditure was to be booked by PWD minister Satyendra Kumar Jain against “Elevated Corridor for Barapullah-Phase 3”—this, after booking it against mohalla clinics fell through! Doesn’t tweaking the bid condition reflect criminal intent?

Fourth, hundreds of AAP party cadre and volunteers were appointed as advisors and consultants through the Delhi Dialogue Commission and Delhi Com­m­ission for Women, besides as civil defence volunteers, in blatant violation of all norms. They had no permission of the L-G, as is required by law for any creation of post, as later confirmed by High Court as well. This was in addition to the 160 posts created co-terminus, for the offices of just seven ministers!

Fifth, deputy CM Manish Sisodia on November 28, 2017 called IAS officer Jayadev Sarangi to his office. Sisodia threatened Sarangi with dire consequences to his life, when the bureaucrat pointed out his inability to violate Supreme Court guidelines on advertising and CAG’s disapproval of advertorial spending. Sarangi’s note to the governm­ent said he, in his long career, had faced threats from land mafia, anti-­social elements and terrorists, but this was for the first time he was threatened by someone holding a high constitutional authority. Can the leadership of any orga­nisation, in private or public sector, alienate the ent­ire staff and sinews of that very entity and expect them to deliver?

Sixth, they allotted themselves a party office—a bungalow on Rouse Avenue—again in violation of all rules and despite an L-G order to vacate it after paying the rent plus penalty. They haven’t done so.

(The writer is an IAS officer. The views are personal.)