Kangana Ranaut on her characters, the changing face of Bollywood and shift in the role of the heroine in the industry. 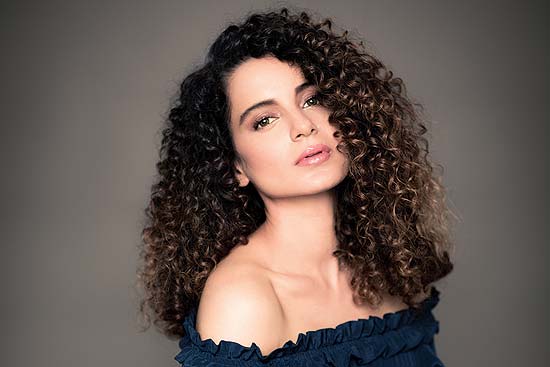 Kangana Ranaut is taking a well-deserved break after a hectic time at the movies. “I have not had a single minute free in the recent months,” she grumbles gamely. A “challenging” double role in Tanu Weds Manu Returns, its advanced release, hurried dubbing schedule and furious promotions have left her drained. If that wasn’t enough, a promotion of the film’s humongous success is now coming up next, she tells us sardonically. Namrata Joshi met her for a quick charcha over coffee and sandwiches on a lazy weekend afternoon at her lived-in, cosy Khar pad. Excerpts from a conversation on her characters, the changing face of Bollywood and shift in the role of the heroine in the industry....

What do you think has worked for Tanu Weds Manu Returns?

The promo was an instant hit, it went viral as soon as it was launched, and became the most tracked online. I think that partly the part one of the film is responsible for the sequel’s success. It reflected the preq­uel’s small-town vibe and very progressive, quirky take on relationships. The recall value was there, but the sequel also looked fresh. In fact, people have said Returns is better then Tanu Weds Manu.

Tanuja ‘Tanu’ Trivedi or Kusum ‘Datto’ Sangwan. Which of the two roles do you identify more with?

As an actor, there’s a small something in the character that you always look for to be able to relate to it. Having said that, I identify with neither of them. One of them is frustrated in her marriage, other is an untouched, young girl who has had no relationship experience. It was hard for me to identify with either of them on that level. But at the same time I had to provide them a body language, an appearance, a personality. I had to work very hard on both of them to make them feel real.

Is there any character of yours that is really close to who you are?

Not even Rani in Queen?

I am a very confident person but Rani is not. She has several serious issues in life to sort out whereas I have been rebelling against things since the age of 15, much like Tanu. However Tanu is a rebel without a cause while I have always been a rebel with a cause. That is what has made me who I am today. I have always rebelled for something, not just for the shock value of it or for gaining unnecessary attention.

Is it what drives you as an actor, to play and ‘become’ people you are not, people like Rani and Tanu?

“Tanu is a rebel without a cause. I’ve always been rebel with a cause. That’s what’s made me who I am.”

It’s always interesting to play characters who are not like your own self. It makes you less judgemental about people. If I met Tanu in real life, I may not want to be friends with her, with someone who is so irrational all the time. She is morally vacant also. If you see the first part itself we have never quite established whether she merely flirts with the boys or sleeps around with them too. You don’t really need to spoonfeed the audience, they can take it either way. When I play her, I see all this, yet find a side of her that I like, which makes me less judgemental of her as a person.

It’s being said that women in the industry are being far more experimental in their work than men, that they are playing more interesting characters, like your Rani last year and Tanu and Datto now...

I won’t say that I have been lucky with these characters. It took me 8-9 years to get here. There has to be more innovative writing like this. I won’t just blame the heroes. The producers need to get away from the formula, need to get less concerned about making money.

So is script the key then?

If writing improves, films also get better. But writers have to be given that liberty. The usual trend in the industry is that you have to get an actor on board first and then he decides whether he wants to do a comedy or a thriller. I am not saying that everyone does that, times are changing but this has been the conventional way of doing things.

“There has to be more innovative writing. The producers need to get away from the formula.”

Have things improved for the heroine in the Hindi film industry?

Yes, they have, but we still have a long way to go. My film this week has opened very big, perhaps the biggest opener for a woman- centric film. The excitement, the curiosity, the buzz around it has been like any other big studio/hero film.

Is it such big box office numbers that give you the high? Or critical acclaim?

It’s a mix of everything. The ideal thing would be that it gets critical acclaim, is a good film with interesting characters and makes money too. If a film isn’t good, it will be forgotten as soon as it is done with making its money.

You personally have come a long way in this changing Bollywood....

There is something bigger happening here. I can be all modest about it but the fact is that what I am getting to do is amazing. It’s not me but reviewers are saying that I have done the best double role in the history of Bollywood. I have nothing to complain about. My journey has been special. People say it’s your best time. But I’d say it’s Bollywood’s best time. I have given you Rani, a character you have not seen as mainstream heroine. I have given you Datto with buck-teeth. She is spreading like wildfire, her ‘kabootar’ routine in the film has caught on big time. I have never seen craze for a heroine like that. Tanu is a bully, a tease. She would have been a vamp in earlier times. These women don’t care about how they look, they don’t think about what people may think about them. They are revolutionary women in cinema. Where have we seen women like these?

Yet a Hindi film heroine has to look good...

A heroine’s first priority has been to look like a heroine. Someone whose hair is blowing in the wind, sari is flying, beauty is breathtaking, the camera can’t look away from her face. C’mon these are not expectations to have from women! Why have such unreal expectations from them? That they should look, sit, behave, do things in a certain way.

“I am a very ‘light’ person. I’m never depressed despite having been foodless, homeless, penniless in Mumbai.”

Before Tanu, Rani and Datto you were once trapped in doing neurotic roles, playing unhinged characters....

No one wants to keep repeating themselves. I was not getting anything more to do. It was frustrating, slowly things changed and I got family dramas. I make sure now that I have a variety of roles, that I don’t get stuck in time. I want to keep moving on and constantly explore something different. Everyone wants a part 3 of Tanu Weds Manu and call it Datto Ki Shaadi. But I want to stay away from it for some time. I want to go out and do something else now.

You are getting all the praise now but did the criticism in the early years faze you?

I am a very ‘light’ person. I move on easily. I always see the silver lining in a dark cloud. I don’t fuss over films or cry for a man. I am never depressed, despite having been foodless, homeless, penniless in Mumbai in the early years of struggle. If things are not wor­king out I’d go out and get myself a cupcake to boost my mood. Yet it doesn’t mean that I am not capable of layered emotions. I do feel int­ensity of emotions but I choose to be light in my approach. I don’t carry too much emotional baggage, I prefer to travel light in life.

The Girl Who Has Kicked A Hornet’s Nest