The Indian WTO mission shells out for trashed flat 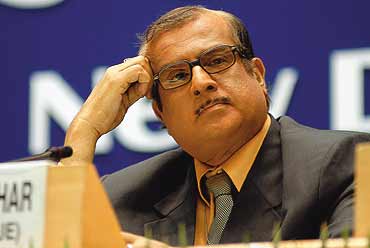 outlookindia.com
-0001-11-30T00:00:00+0553
It's a tale of contemptuous waste of public money and breach of public trust by Indian diplomats stationed in Geneva. The bill to the Indian taxpayer—an incredible Rs 72 lakh. Officials at the Indian mission are by turn embarrassed and defiant about the saga of the lavish penthouse apartment rented for the ambassador to the WTO but left in a terrible state—with paintings missing, walls smeared, carpets ripped, garbage overflowing, kitchen appliances misused and some expensive decorative items damaged.

The Indian government recently coughed up 2,00,000 Swiss francs (Rs 72 lakh) in damages to Lilian Kruger, the Swiss-Brazilian landlady, choosing to settle rather than challenge her claim. As one diplomat said in an aside, "The Swiss aren't just good at milking cows." The amount is large enough to buy a small apartment in Geneva. Kruger mounted a strong case while the Indian mission didn't have a leg to stand on against an array of photographs, bills, inventories and a formidable lawyer. Both occupants of the apartment—K.M. Chandrashekhar, currently revenue secretary who was India's WTO ambassador from February '02 to October '04, and Ujal Singh Bhatia, his successor in Geneva—downplayed the damage while trying hard neither to take nor pin responsibility on each other.

Contacted by phone in Delhi, Chandrashekhar claimed when he left the apartment "it was OK except for normal wear and tear". Refusing to comment on what happened subsequently, he simply said he had passed "on to the mission" the apartment upon leaving. There was a gap of a month before Bhatia moved in for two months but the key remained with the mission. Bhatia repeated the claim of normal wear and tear, adding, "The settlement is broadly within terms. It looks big in Indian currency." Both men admitted no routine maintenance was done despite budgetary provisions but didn't explain why.

Kruger said in a telephone interview that "the damage was unbelievable. Like a murder scene. Blood stains, foodstains on bedroom walls. It was as if they cleaned their hands on the walls after they ate curry." Even the Indian officials admitted the carpets were incredibly dirty. "It was an easy case for me. There was no discussion. Before renting, I had an inventory done by a legal representative which is expensive but helpful in a legal case," boasted the savvy landlady. In the end, it was an open-and-shut case for the Swiss authorities. 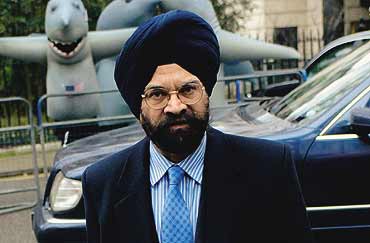 Among the things missing were a couple of paintings and a set of food-warming dishes. "They were small but not small in value," Kruger said. When the lease expired, she went to take possession but took one look and refused to take over charge. She gave the embassy a month to clean up the place. When nothing was done (an embassy official cited lack of funds and even encouraged her to file a claim), she wrote to former foreign minister Natwar Singh in October '05 detailing her charges. There was no response, she said. Frustrated, she had an Indian lawyer friend leak the news to a Delhi newspaper to generate pressure. But media exposure only triggered a boilerplate response from the official spokesman about "exaggerated claims" made routinely by landlords abroad. This prompted Kruger to go to the Court of Conciliation in Geneva, which decides on property disputes.

Kruger inherited the apartment from her late Arab first husband. She is now married to a Swiss man, who's an adoptive father to two Indian children. "It's not my intention to humiliate India. I didn't go to the local press because I did not want to give India a bad name. I don't think in my heart they had bad intentions," she said. But she did hire Bernard Ziegler, one of Geneva's prominent lawyers, to fight the case, forcing the Indian mission to appoint a lawyer as well.

So, was the sorry shape of the apartment a case of imperious officials treating the property as sarkari and therefore not worthy of care—as a Geneva-based diplomat opined—or was it systemic failure where responsibility does not seem to rest with anyone and the buck perpetually passes on? Under the rules, the mission's administrative officer is responsible for maintaining inventories, checking for damages and ensuring various properties rented by the government of India are running smoothly. But the ultimate responsibility lies with the occupant who must look after his residence, especially for the privilege of having swanky living quarters for free. Many are scrupulous about leaving government property as they found it, listing all bedsheets and towels meticulously but some come from the school of "who cares, it's sarkari stuff".

Kruger's fully furnished apartment laden with granite and Limoges crockery was rented for representational purposes—India's ambassador to the WTO has much entertaining to do to win friends and influence countries. The rent at $20,500 (about Rs 9 lakh) a month was stiff even by the standards of rich western countries. Chandrashekhar acknowledged that he did not sign any inventory when he left nor when he moved in, which apparently absolves him of responsibility. Why the administrative officer failed in his basic duty—ensuring a proper inventory is done—is unclear. Chandrashekhar described the place being in "reasonably good shape" with no indication of "any damage". When pressed, he revealed that "the floor carpet in one room was ripped off because of water seepage". Then he surmised that it'd have been better to "purchase apartments" or rent unfurnished ones because of landlords slapping exaggerated claims. But if the claims were unfounded, why didn't the mission fight back?

The irony of a revenue secretary rationalising the many systemic failures resulting in needless expenditure, including his own responsibility in the matter, seemed lost on the powerful gentleman. He even had an overall justification for the Rs 72 lakh damages—if you calculate two months' rent for annual maintenance which the mission should have spent but didn't, it all evens out.

A Europe-based Indian diplomat with a reputation for exposing abuse of privileges said administrative officers hate spending money on routine maintenance of even government-owned properties. "They find it safer not to spend because spending the money involves judgement and work," he said. They have to meet contractors, find a reliable company, ensure a good price, oversee the execution. "They operate below the radar and things go unnoticed until there is a disaster. How much can an annual audit catch?" Not much, it seems.