The BJP looks the better organised in the coming Bihar polls. Can Nitish do a Delhi on them? 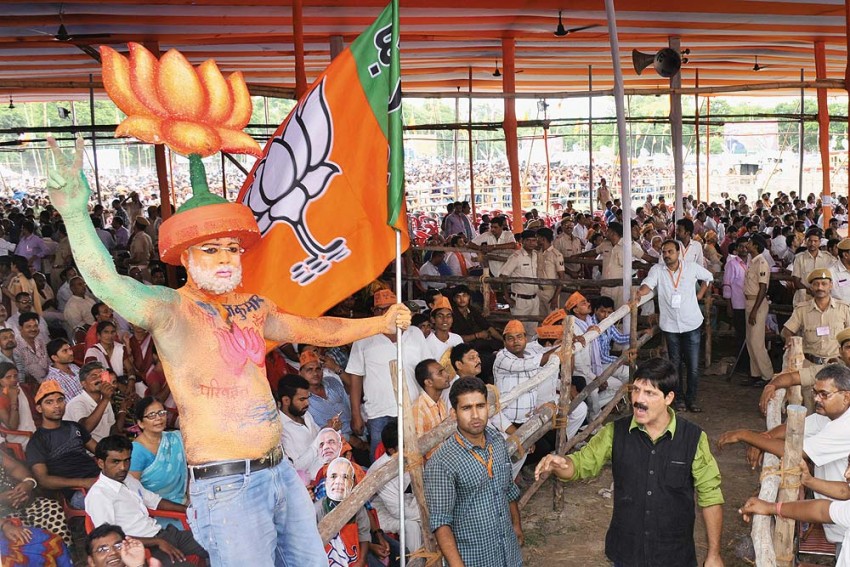 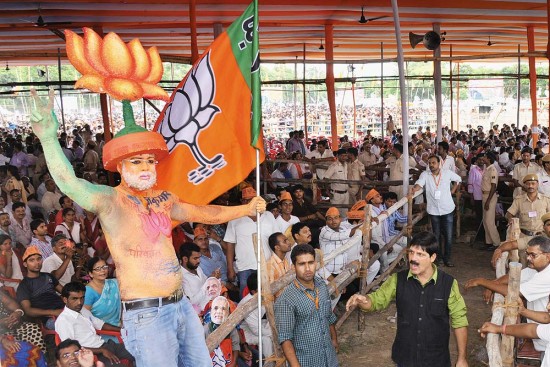 Bihar is the state where many seasoned political reporters have cut their teeth, understanding the great cut and thrust of social justice politics. It’s a state whose history is marked by the sharpest divisions of class and caste, the landowner, the landless, the poor, the very poor. Fertile ground therefore for huge social churnings, epic political movem­ents and demands based on identity. There have always been some thumb rules to covering Bihar, where a five-phase election begins on October 12, with the results declared on November 8.

But in 2015, these rules already appear changed if we go by the overarching pre­sence of the BJP. It is the frontrunner, visible in advertisement, cadres on the ground, with a campaign built around the prime minister of India and bombastic pro­mises of developm­ent in the parched earth of Bihar. The BJP is setting the terms of the debate, the political engagement. The traditional state players—titan-like political per­­sonalities like chief minister Nitish Kumar and the irrepressible Laloo Yadav—are on the backfoot, mostly bec­ause one or the other has been in power for the last 25 years. That is their biggest disadvantage.

“The math should favour Nitish-Laloo, but their chemistry is debatable. A lot of voters will be looking for change.”
Sanjay Kumar, CSDS

From the perspective of politics as science, a defeat for their alliance could mark the end of the era of social justice politics in Bihar and, simultaneously, an expansion of the majoritarian project of the BJP-RSS. From the perspective of working politics, a win in Bihar presents a great opportunity for Narendra Modi to get out of the rut in which he finds himself in Delhi (the economy has slo­wed, no jobs have been created and the national government has been unable to get new legislation passed). The fog of disappointment that has begun to hang low around the Modi sarkar would qui­ckly evaporate with a convincing win in such an electorally crucial state. Con­versely, a defeat, especially after the pasting delivered by AAP in the Delhi elections in February this year, could be catastrophic for Modi’s credibility.

Now if we go by the early bird assessments of political pundits, this is unlikely to happen. Sanjay Kumar, CSDS director, believes the BJP has a clear edge. “On the face of it, the arithmetic should be on the side of Nitish and Laloo but the chemistry is debatable. A lot of voters will be looking for change. Unless the BJP messes up its alliance arrangement with Dalit leaders like Jiten Ram Manjhi and Ram Vilas Paswan, they should be through with both a chunk of the non-elite cas­tes and most of the privileged castes on their side. Besides, the Yadav plus Muslim combination of Laloo Yadav will also face a challenge with the BJP putting up dummy Yadav candidates and so on.” Yet, Sanjay also agrees that it’s early days yet and candidate selection and projection has to be carefully nuanced in order to ensure that the poorer castes are not alienated by the Bhumihar/Rajput candidates of the BJP. What helps the party, in his estimate, is that the poll process begins with Modi “still retaining the charisma to attract some voters from non-traditional castes”.

“Nitish-Laloo’s failure to put together a joint campaign, publicity is allowing the BJP to get the advantage.”
Saibal Gupta, Patna-based economist

Manisha Priyam is from a Bihar family that had close ties to the late socialist leader and former CM Karpoori Thakur. She currently leads the LSE research on elections in India and is part of the network of the European Research Council. She praises Nitish Kumar and says that he genuinely has a good governance record. “In his first term, he built schools, roads and in the second term has tried to tackle problems in the power sector. For most of his tenure, he also managed a social coalition that consisted of the elite castes and the poor. But now he’s had to return to the social justice fold. What’s happened now is that ironically Narendra Modi and Nitish are talking the same language of ‘vikas’. It is Laloo Yadav who is talking another language, even suggesting in one speech that revenge has to be taken on the elite castes.” She believes the key to the polls lies with the EBCs (extremely backward castes) who will make up their minds closer to voting day after the candidates are announced. Still, she says, “what is a huge surprise is to see the BJP presence everywhere. So, on the supply side, it looks they are in a position of strength.”

Patna-based economist Saibal Gupta feels the BJP “is being allo­wed to get the advant­age by the failure of Nitish-Laloo to put tog­ether a genuine joint campaign with joint publicity”. He poi­nts out that even in the Lok Sabha defeat, Laloo Yadav had 29 per cent of the voteshare (in alliance with the Congress) and Nitish had 17 per cent (in alliance with the CPI). The BJP in 2014 managed nearly 39 per cent of the votes (although that’s no criterion, region-based parties become more prominent in assembly elections).

“They keep saying if I contest I am helping the BJP.... Am I the only politician who has to pass a secularism test?”
Asaduddin Owaisi, MIM

A veteran JD(U) leader quips that the only way to defeat the BJP now is to make it a backward vs forward battle. “The problem is Nitish gives too many aakdas (statistics) instead of playing on identity,” he says. At this point, therefore, it remains unclear as to whether the Nitish-Laloo chemistry can work on the ground. The other significant change in the backdrop is the hardening of communal sentiment, to a point where Yadavs can consider not voting for a Muslim candidate but only for their own. These are considerations that Laloo will have to weigh as he gives out tickets and tries to keep his M-Y combination intact. Indeed, there is a clear emerging reality since the 2014 LS polls, whereby Muslim candidates don’t get the votes of other communities. This was visible in both UP and Bihar where the BJP ran away with it. Of course, this can partly be attributed to the party’s success last year in ensuring that votes against them remain divi­ded. But it’s also an out­come of ‘secular’ politics in India wher­eby a certain conservative brand of Muslim leadership is promoted by parties born in the  Mandal era. Unfort­una­tely, these candida­tes have no appeal out­side their own ghetto.

In the Bihar assembly elections, meanwhile, the Muslim voters fra­nkly don’t have much of a choice but to stick with Laloo-Nitish unl­ess Asaduddin Owaisi’s MIM makes good on its threat to fight in some seats. He has strong words about the Cong­ress that is part of the Nitish-Laloo alliance. “They keep saying if I contest I am helping the BJP. But there are so many pla­ces I did not contest and they still lost. Am I the only politician who has to pass the secularism and nationalism test?” he asks.

Meanwhile, it’s become so complicated that Nitish’s managers have suggested to Laloo that “he downplay the secular card so that the Hindus are not repelled”.  It must also be stated that in Bihar Narendra Modi is projected as the OBC leader who conquered India and he is squared off against two of the more fascinating figures of contemporary Indian politics. Currently, Modi appears to be ahead, but that is also how it appeared to be when Delhi went to the polls earlier this year.

Valmiki’s Exile To The Petrified Forest