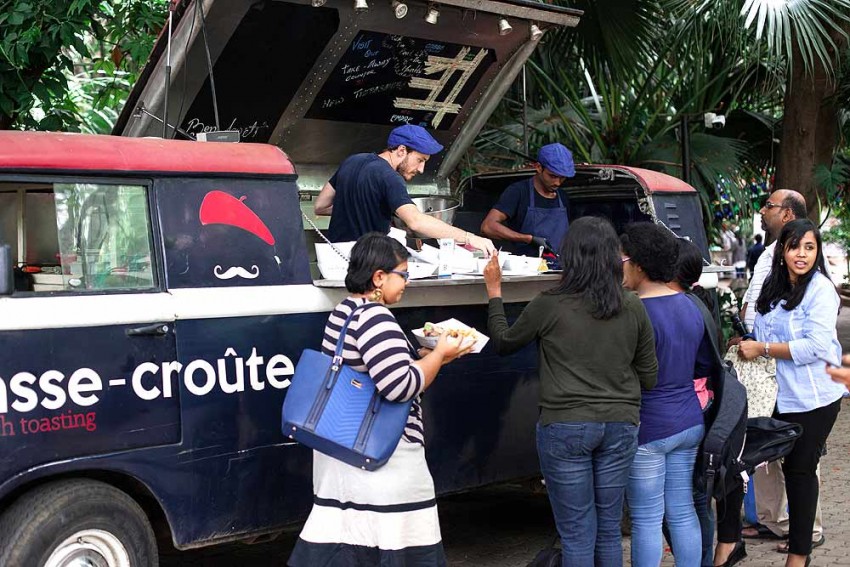 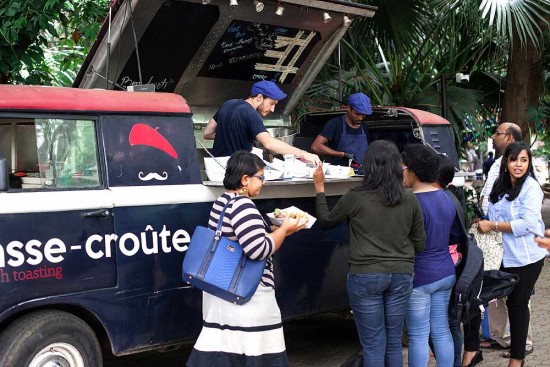 As Amy Adams placed the beef cheeks to a gentle sizzle on the hot pan and poured a generous tip of red wine into the braising pot, splattering some on the pages of Julia Child’s Mastering the Art of French Cooking, people across screens watching the hit film Julia and Julia drooled in anticipation of the beef bourguignon. And as Remy dished a portion of his ratatouille, in the animation comedy Ratatouille, lad­ling the thick orange sauce, finishing it off with a sliver of thyme (the dish made the great food critic Anton Ego want to meet the chef), there was little that one wanted but to live these movies in real life. But, at the time these films released, India’s love affair with French cuisine was best left on screen. Off screen, it was largely unrequited. The cuisine turned out to be too “high maintenance” for our lot, and it did not take long for us to turn back to our lasting Italian and Mexican favourites.

But, French cuisine hasn’t said au revoir to us just yet. It’s currently working on making its way into the Indian restaurant circuit like never before, thanks to the efforts of chefs and restaurateurs who are trying to bring the cuisine without too much of its airs and apprehensions. “There is a lot of cliché that surrounds French cuisine in India, and our attempt has been to break that,” says Alexis Gielbaum, head chef and co-founder of Slink and Bardot in Mumbai. “Fine dining, expensive, and exotic are only some of the terms that deter people from trying French food,” says Nicolas Grossemy, co-founder of La Casse-Croute in Bangalore. French cuisine has reinvented itself all around the world, but in India there has been a lack of evolution of the cuisine. But, the new breed of French restaurants in India has been working it out—adapting the menu to Indian tastes and preferences, in a friendly setting. 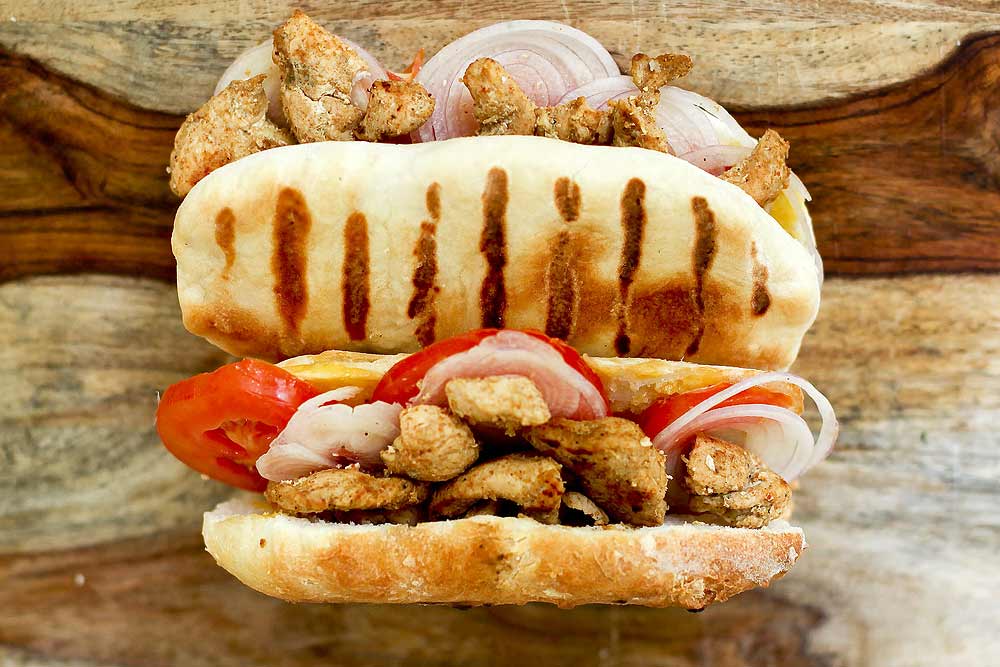 Bangalore is the frontrunner in this comeback quest. It’s witnessed a sort of French cuisine boom with the opening of places like Café Noir, La Casse-Croute and the Pierre Artisan Bakery. La Casse-Croute specialises in French-styled sandwiches, and other French street food. “The idea was to have food-on-the-go, as we started as a food truck,” says Grossemy. The truck became so popular that they have managed to open a restaurant, and have expanded the menu to now include 15 sandwiches, six sides and three desserts within two years of opening. The most interesting side on their menu is French fries! “And they are very important,” exclaims Grossemy. “In North France, French fries are a religion. And since the idea was to bring contemporary food that we ate there, we introduced fresh potato fries, double fried, and served with homemade sauces.” To adapt to the tastes of customers, Grossemy has also added a touch more spice to the dishes.

All restaurateurs agree that adaptation is a must. “French ingredients are hard to source in India to begin with, so the first adaptation begins with using as much local ingredients as one can,” says Gie­lbaum. La Casse-Croute uses “100 per cent locally sourced ingredients” and keeps anything that requires ‘exotic’ ing­redients off the menu. “While restaurants often source their pâté as it is impossibly tedious to make, we make our own. Even all our sauces are homemade with local ingredients,” says Grossemy. In case of Slink and Bardot, Gielbaum has had to switch the beef bourguignon, with buffalo cheeks to avoid any ‘beef’ with the government. And the plus side of this localising of ingredients is it brings down the prices drastically. High prices have been the Waterloo of French restaurants in the past in India.

The second kind of adaptation is of taste itself. Almost all French restaurants play up the taste of recipes to cater to the Indian palate, that is used to heavy spices. Ramesh Kumar, head chef of one of Delhi’s few French restaurants, Bistro Du Parc, says that they up the salt and overall flavour of all dishes to serve their Indian customers. “We had tried keeping it as it is, but when a lot of dishes were sent back for lack of salt or complaints of it being bland, we altered,” says Kumar. Gielbaum too makes sure that his menu isn’t filled with bland items, although he refuses to alter authentic preparation. 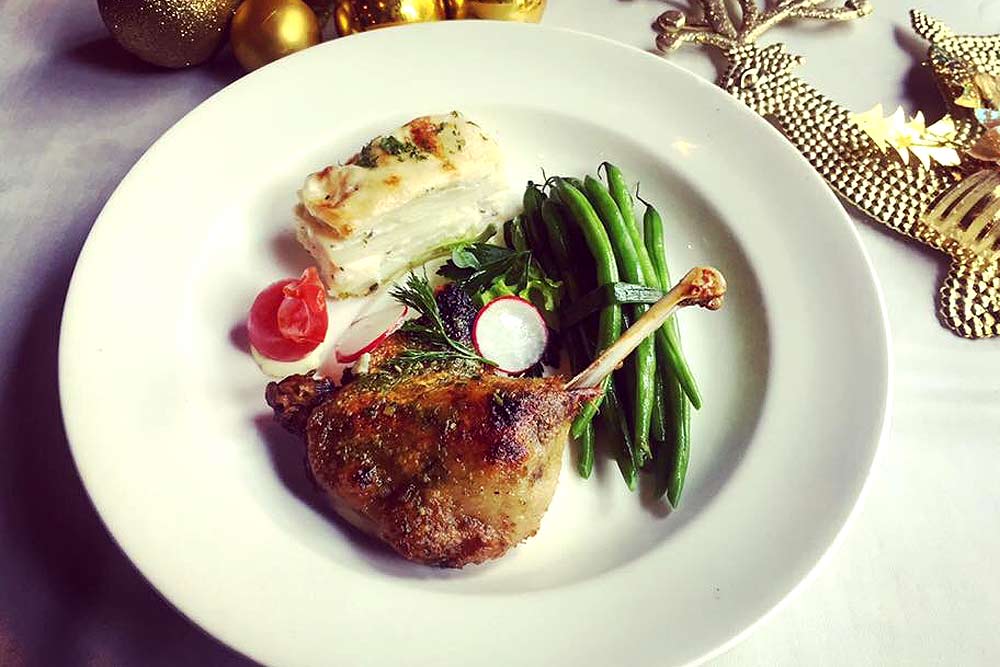 With these thoughtful changes in place, the clientele of French restaurants is on the rise in cities like Mumbai, Bangalore and Delhi. The ambience has been looked into as well. “It is all casual dining,” says Grossemy. “The idea is to make the cuisine accessible, and that means removing all the airs associated with it.” Mindful of the Indian culture of sharing plates, Gielbaum ensures that his menu does not have individual servings that cannot be shared. Even Du Parc has compromised with paper napkins and ordinary silverware.

But, even with these adaptations, that began almost three years ago, the ­progress has been slow. In fact, Delhi lost two great French restaurants to lack of business. So, is this trend likely to last? “Specialisations like innovative crepes or desserts may last, but to say that the cuisine will make a big bang comeback is hard,” says food critic Marryam H. Reshi. “The cuisine may be finding its place, but it will only be a niche market.” Perhaps crepes will never be able to take over pizzas.

Gielbaum, on the other hand, believes that if the cuisine adapts to changes of the tastes and the market, it is likely to see great profits. “Yes, we cannot discount the growing market of people who have travelled the world, and want to sample new cuisines,” adds Reshi. Lovers of French food are happy with the progress, and believe that the quality has improved. “When I came back from my studies in France, anything that was available here in the name of French cuisine was hardly authentic. That is beginning to change now, and you can at least expect a good coq au vin, or even a steak tartare,” says foodie Abhishek Sakhuja. Even Indian restaurateurs are keeping an eye out for the cuisine. Priyank Sukhija, the man behind rest­aurants like Lazeez Affaire, Flying Saucer and Town House Cafe among others, says that the cuisine is only beg­inning to find its space, and, is likely to grow. Voila, he may even consider opening a French restaurant if the trend keeps at it. That is worth ­raising a toast to.