Past Isn’t Perfect. But. 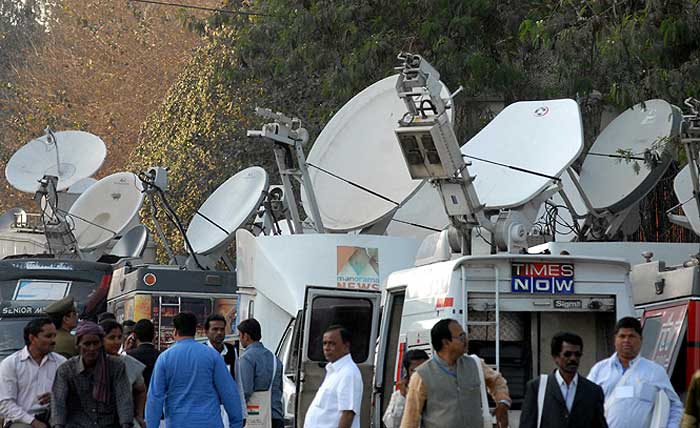 There is the famous, if apocryphal, story of Girilal Jain, one-time editor of The Times of India, meeting with then prime minister Indira Gandhi, one of the regular meetings editors have with those in authority for off-the-record conversations to understand the mood of the leader and the policies he or she is pursuing. A close associate of hers asked her, “What did Girilal have to say?” The cryptic answer was, “Well, he spoke, and I listened,” implying that he was so keen to advise her on how to run the country that she was content to indulge him and did not have to reveal her hand in the process.

I was reminded of this gem while reading about the tapes on the present 2G spectrum controversy involving journalists, corporate leaders, politicians and a sharp corporate lobbyist. Surely, one feature of the often eye-popping transcripts is how journalists of a certain level think of themselves as kingmakers, rather than mere journalists, and instead of gathering information to perform their often onerous tasks, they derive greater pleasure in being participants in high-level political drama.

Compared to my various stints in the editorial chair at a time when editors of broadsheets were editors, the media world today is entirely transformed. There are a plethora of private television channels competing round-the-clock, each with its addiction to “breaking news” when there is no news to break. And in the print media The Times of India was a pioneer in trying to efface the distinction between editorial and managerial positions, and also in erasing the line that divides a broadsheet and a tabloid. Those who prefer titillation and gossip to news join the growing ranks of tabloid patrons. Readers of significant news at home and abroad, and cogent analysis of events, go for broadsheets.

So commercially successful was the new Times of India makeover that many other broadsheets copied the formula. And as it happened, the economic liberalisation policies began to take hold in the early ’90s and spread the sentiment that Deng Xiaoping had once described as “it is glorious to be rich”. The days of permit raj austerity were over, new businesses began to bloom and consumer culture was not long in arriving. The newspapers soon transitioned from being the proud members of the Fourth Estate to products to be branded and sold as new cakes of soap.

A singular feature of the tapes is how some journalists think of themselves as kingmakers...and revel in high-level political drama.

It has to be said that Indian newspapers of an earlier era were not without blemish. There was far too much armchair reporting, too much grey matter, too many declaratory stories—a lead story headline comes to mind: Nehru calls for unity of nation. Nor were all journalists paragons of virtue. We had our proportion of black sheep. But journalism was taken as a serious profession, and we were, if only vaguely, conscious of the higher calling of being a journalist. We felt in a measure that, unlike other professions, we were not merely earning bread but owed something to society, if only for the privileges we received from it.

True, the imposition of the internal Emergency in the ’70s showed how few in the profession were willing to stand up to be counted while the majority succumbed to the arbitrary whiplash of authority—in BJP leader L.K. Advani’s memorable phrase, those who were asked to bend were ready to crawl. Even after the Emergency, broadsheets remained largely free from the corporate world’s embrace. Corporate entities dictating the nature and placement of news  arrived later and morphed into the phenomenon of so-called paid news. There was also a foray into planting stories—either to sully one’s rivals or to try to bend government policy to one’s own benefit.

Perhaps the most disturbing aspect of the tapes’ content is not merely the chumminess of senior journalists with members of the corporate world but their willingness to be of service to individual politicians by lobbying for them with persons able to swing jobs. Here, it would seem, they have crossed the thin dividing line between ferreting information from influential sources and lobbying for particular politicians.

Take, for instance, the following exchange between Vir Sanghvi of The Hindustan Times and Niira Radia, the corporate lobbyist, as revealed in the tapes:

Niira Radia: But if they [DMK] stick to three [cabinet ministers] and want one [minister of state] independent charge, then Kani [Kanimozhi] gets an independent and then Azhagiri, Baalu and Raja come in.

Or take the following conversation between Barkha Dutt of ndtv and Radia:

Barkha Dutt: So, now what should I tell them [Congress leaders]? Tell me.

NR: They need to talk to Karunanidhi directly. The biggest problem is the followers of Azhagiri are saying you cannot give Maran a cabinet post and keep Azhagiri in the minister of state status.

NR: Look, if you tell him Baalu is the only problem, I’d imagine he will drop him.

Or this exchange between M.K. Venu, then with The Economic Times, and Radia:

NR: You know this one, Ganapathy [G. Ganapathy Subramaniam] has been chasing me but I don’t want to give it to him. I have a letter from the Andhra chief minister.

NR: I don’t want to give it and find the story killed. What do you think I should do? He has given a scathing attack. He has written to the PM. Kya karoon yaar. I don’t want it tucked away.

Of course, these journalists were not only lobbying for individual politicians who wished to land plum jobs in Delhi, but did so because they were close to a high-flying corporate lobbyist, with whom they shared privileged conversation with politicians and advised her on how to achieve her clients’ interests. Journalists and wielders of political authority are often caught up in an incestuous clique, and it has always been dinned into apprentice reporters in the old days that one must maintain one’s distance from politicians even while cultivating them as news sources.

But a whole new space has opened up in the interaction between journalists and corporate lobbyists simply because of the potential rewards involved. Whatever one’s views on the prevailing economic climate in the country and the compulsions of the print and television media, journalists will only damage their reputation if they raise the suspicion that they are serving interests other than those of their profession.

One cannot fault Niira Radia for promoting the interests of her clients, many of them big enough to have their own clout with the ruling party, whether of the tricolour or the saffron hue. Nor is it entirely surprising that Ranjan Bhattacharya, the foster son of former prime minister A.B. Vajpayee, is using the contacts he built during the six years of the nda rule in the service of corporate bigshots. But it is surely time for journalists to draw a firm line between their professional duties and the temptation of being wined and dined by the corporate world.

Move It To The Main Hall