If they want to help children, why not in Assam? 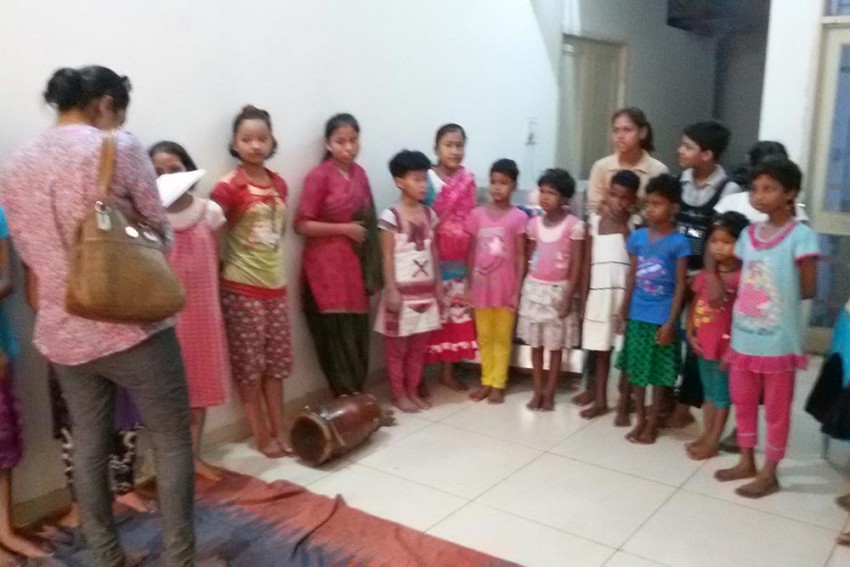 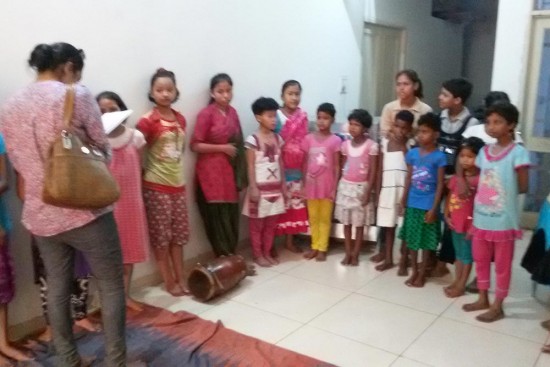 According to Article 30 (Children of Minorities) of the United Convention on the Rights of the Child, “Every child has the right to learn and use the  language, customs and religion of their family whether or not these are shared by the majority of people in the country where they live.”

After her visit to the home, where she and others were confronted and challeged by the caretakers, Harjinder Kaur, coordinator for Childline Patiala, filed this report: “After receiving the information from Childline New Delhi, Childline Patiala identified the location of the home named Mata Gujri Kanya Chatravas. Then we approached the chairperson of Child Welfare Committee, Patiala. He informed the district child protection officer and No. 4 Division Police Station to visit the home, along with Childline staff, to measure some important facts...like all 11 girls are there with proper safety etc. We reached the home together and int­eracted with the in-charge of that home and she denied to say something or call their higher authorities.”

“In the meantime, we visited the home thoroughly. There are 31 girls in this home. All the girls are school-going except 11 new inmates from Assam.  It was found that there were no sleep beds in the home and mattresses were kept on the floor in a big hall. Meanwhile, some people from authority came and started arguing with us in rough language. We asked them, ‘Why did they not produce the girls before the Child Welfare Committee as per the JJ Act?’ and told them to produce some supporting document related to these 11 girls, but they did not show any authentic reason behind their shifting and started quarrelling with the chairperson, coordinator and DCPO.... Meanwhile, a person came over there named Mr Jindal, who is the member of CWC and a trustee of that particular home, and challenged us, ‘How dare you enter this home?’ and also tried to put political pressure on us. After the deteriorating situation, police personnel told us to leave the home immediately.”

“During the raid, they said I, as a Sikh, was interfering with their religious institution. Some RSS member came and threatened us. That’s when we left.”
Dr S.S. Gill, chairman, CWC, Patiala

This report was sent to Childline India Foundation, which functions under the Union ministry for women and child dev­elopment. But no action was taken.

Dr S.S. Gill, chairperson, Child Welfare Committee, Patiala, says the inspection visit he was part of indicated state connivance with a Sangh organisation, the prime example of it being that a Child Welfare Committee member is a trustee of this ill­egal set-up for children. He says, “During the raid in this girls’ home, the caretaker Veena Lamba and another member of the Sevika Samiti communalised the situation. They claimed that I, as a Sikh, was interfering with their religious institution. Some RSS member came and started threatening us. That is when we left.”

Shaina Kapoor, the district child protection officer who accompanied Harjinder Kaur to this home, confirmed that the hostel is not registered under the Juvenile Justice Act and that it is illegal to keep children in an unregistered institution under that Act. Fact is, this institution is registered only under the Societies Registration Act, 1860, meant for any literary, scientific or charitable societies. Most placement agencies that traffic children and women in the name of employment are registered under this Act.

Says Kapoor, “When we visited the home, there were neither bodyguards nor decent living conditions for these girls. They had no legal documents, no medical tests were conducted before keeping the girls, which is mandatory under law. Most importantly, it is illegal to bring children from other states for protection and care. If they want to help children, why not in Assam? They should instead be helping kids from Patiala. This is in violation of the law.” 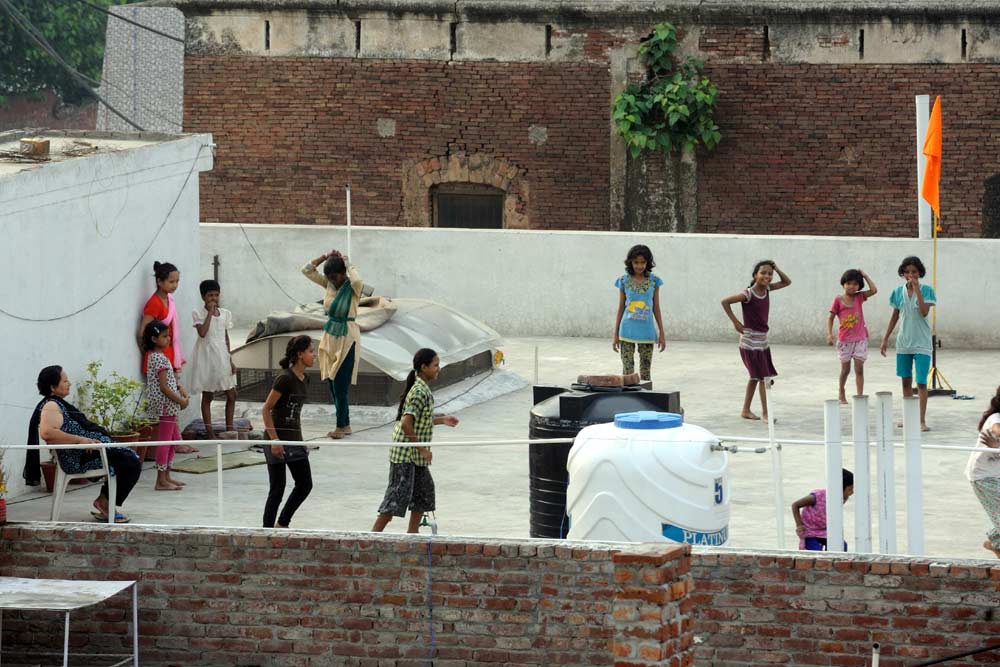 After the case was investigated, Kapoor contacted a few parents of the girls living in the hostel. Parents of two girls, Monobina and Dibyajyoti, came from Assam. “These girls had been living in the hostel for two years and the parents were looking for them. When we asked the girls if they wanted to go home, they said ‘Yes’. They left with their parents. We have not been able to do so for the other girls, inc­luding the 11 from Assam, because of lack of cooperation from Mata Gujri Kanya Chhatravas,” she says.

Mata Gujri was the wife of the ninth Sikh guru, Guru Tegh Bahadur. Almost every fifth enterprise in Patiala is named after her. Even near the Sirhindi Gate, a heritage structure and Patiala landmark, there are at least three Mata Gujri schools and colleges. The Mata Gujri Chhatravas, too, is in the vicinity. There’s no way of peeking into the Chhatravas, which has a huge iron gate, shut tight. When we knock and enter, a middle-aged woman, Veena Lamba, comes to meet us. We are seated in the patio that is adorned by big posters of Laxmibai Kelkar, the founder of Rashtra Sevika Samiti, and Bharat mata.

Outlook was not allowed to either enter the Mata Gujri Kanya Chhatravas or meet the children there. But an official there confirmed the presence of Assamese girls.

Lamba introduces herself as the caretaker of the children’s home. She refuses to divulge any more information, and ref­uses to allow us to meet any of the girls. But she confirms there are 11 girls from Assam, and that Lakshmi, a Rashtra Sevika Samiti pracharika from Patiala, has gone to Guwahati to get more girls who will be handed over by Korobi.

“Do the Assam girls go to school?” I ask. She says, “Some of them do, but I cannot talk to you any further.” We left.

Next morning, at 6 am, we stationed ourselves atop the tallest building in the vicinity of the Mata Gujri Kanya Chhatravas. At 6.10, the girls started gathering on the terrace of the hostel. The saffron flag was put on a pole and the girls queued up in front of it. It was a Rashtra Sevika Samiti shakha. The saffron flag is the presiding guru. After a round of prayers, the girls started playing kho-kho. One game involved a girl standing inside a tiny chalk circle. She represents a terrorist from Pakistan trying to occupy Kashmir, while the other girls push her away from the circle, raising the slogan, “Kashmir hamara hai (Kashmir is ours).”

As we clicked their pictures, a neighbour walks up and says, “They are teaching girls from nimn jaati (lower caste) to do PT (physical training). Was there a dearth of beggars in Punjab that they had to bring these girls too to this place?”