Despite errors, a fine analysis of cricket as the field of play of nationalism 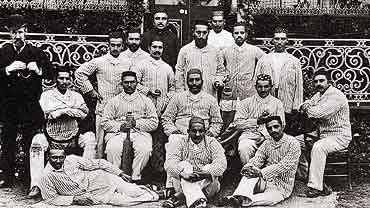 The first section of the book introduces the key figures, clubs and contests which shaped the history of the sport in India, opening up before the reader a history hitherto little known. In describing the struggle between polo and cricket in colonial Bombay, Guha demonstrates how the exigencies of colonial politics often resulted in a sport’s appropriation and indigenisation, with cricket emerging as an arena for the articulation of a very Indian brand of nationalism. Turning the colonial ideology on its head, resistance and subversion were often dominant in the second phase of the histories of British games in the colonies, particularly cricket and soccer.

In arguably the best section of the book, Caste, Guha traces the career of Palwankar Baloo, the best-known Dalit cricketer of colonial India. Baloo has never before been dealt with in such great detail. That Baloo could take on Babasaheb Ambedkar in an electoral struggle is a telling comment on cricket’s potential in pre-partition India as a ladder for social mobility. Further, his portrayal of Harris, the governor of Bombay from 1890 to 1895, is absorbing, bringing to light the complexities that governed the imperial administrative machinery. Most existing studies have looked upon Harris as a messiah for Indian cricket, who had done much for the development of the game in Bombay.