Par For The Bourse

SEBI plans a slew of measures to make investing in stocks safer. Will Mr Average bite? 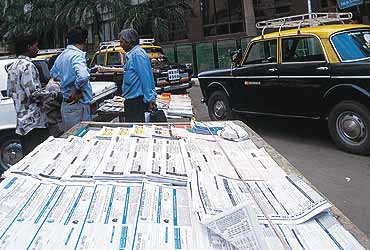 outlookindia.com
-0001-11-30T00:00:00+0553
Is SEBI stepping on the gas to woo back small investors and make Indian bourses a safer and fairer place for them? As a first step, the market watchdog recently brought within its purview preferential allotments made by companies to its promoters or other investors trying to increase their stake. From now on, a SEBI standing committee will examine whether preferential allotments are changing the management control of a company and if so, as per the SEBI takeover code, ensure an open offer is made to other investors.

In the past few years, small investors always missed out on the preferential allotment party even as friends and associates of promoters besides eventual acquirers of companies were sold shares.

And that's hardly all. In the next few months, expect a number of decisions aimed at cajoling the scam-scarred and scared small investors into putting their hard-earned millions in the stockmarket. "We have an action plan ready to boost investor confidence in the market," declares SEBI chairman G.N. Bajpai. Market sources say a number of subcommittees set up by SEBI have already given their recommendations to help achieve the objective.

At the core of these moves is the realisation that the regulatory authority has been unable to punish rogue brokers, promoters and corporates. In the recent past, many of them have been guilty of a range of malpractices from manipulating stock prices to siphoning off money from ipos and vanishing. "We are yet to see a single conviction of a wrongdoer," says Kirit Somaiya, investor rights activist and a BJP MP.

Bajpai's only defence at the moment is that "we are trying to expedite all pending cases against wrongdoers". In fact, SEBI has recently reactivated cases against corporate biggies like Hindustan Lever, Sterlite and Videocon. But investors will start believing in SEBI when they see a few convictions. Agrees former SEBI chief G.V. Ramakrishna, "Criminal cases need to be filed against promoters absconding with public issue money. This has already been done in the case of absconding promoters of NBFCs (non-banking finance companies)."

SEBI, in turn, has held that it's been hampered by inadequate powers. So, in the near future, Bajpai intends to study and update all regulations relating to SEBI to ensure it isn't found wanting at the time of reckoning. The changes up for review include regulations related to the conduct of transactions in stock exchanges and those related to surveillance. The SEBI chairman also pins his hopes on the proposed new SEBI Act, which is under consideration of Parliament.

The new act is expected to arm SEBI with powers for search and seizure, besides empowering it to imprison rogues for up to 10 years and impose fines up to Rs 25 crore. (The maximum fine now is Rs 25 lakh.) But critics contend that it won't help unless regularly used. "The Ketan Parekh scam could have been avoided by application of SEBI's surveillance powers," claims Somaiya.

So could have been a number of public issue-related scams if investors had access to accurate data. In the next few months, SEBI will ensure that data on 2,000 listed companies—constituting roughly 90 per cent of the total market capitalisation—can be accessed online.

In addition, promoters will be forced to become accountable to their shareholders. For instance, SEBI aims to set in place a system that will help investors pinpoint companies that have eroded their wealth. All listed companies will henceforth be rated on the parameter of corporate governance. "Rating agencies Crisil and icra are in the final stages of developing such a framework," says Bajpai. But Ramakrishna cautions, "While the idea is good, enforcing it is bound to face practical difficulties."

SEBI's toughest task would be to somehow perk up the primary market to rejuvenate investors' interest.The truth is that after the ipo boom of 2000, the primary market is yet to wake up from its coma. A SEBI subcommittee has recommended that removing the ban on unlisted loss-making companies to float public issues might do the trick.

Such a move, which also finds support from the investment banking community, will help more companies come to the market. And provide the driver for ipos. "In a dynamic and knowledge economy, what is the relevance of the profitability track record criterion?" asks Parag Parikh, managing director of the Mumbai-based Parag Parikh Financial Advisory Services. But Bajpai laughs off the suggestion, saying "there is no move to relax the three-year profitability track record criterion".

What he does want to do is to further reduce the time taken to settle transactions in the secondary market, already down to four days. If Bajpai has his way, in 2004, transactions will be settled the next day. But before that, he wants to reach the nearest milestone: straight-through processing or stp. "This will be all about seamless interface among investors, brokers, depository participants and exchanges," says Bajpai.

This means, among other things, that all the players will be electronically connected and data shared among them. Sounds rather ambitious. So does Bajpai's plan to regain investor confidence. But then, he has always said he would rather be judged by his actions. Well, the small investors are watching, and waiting to judge.