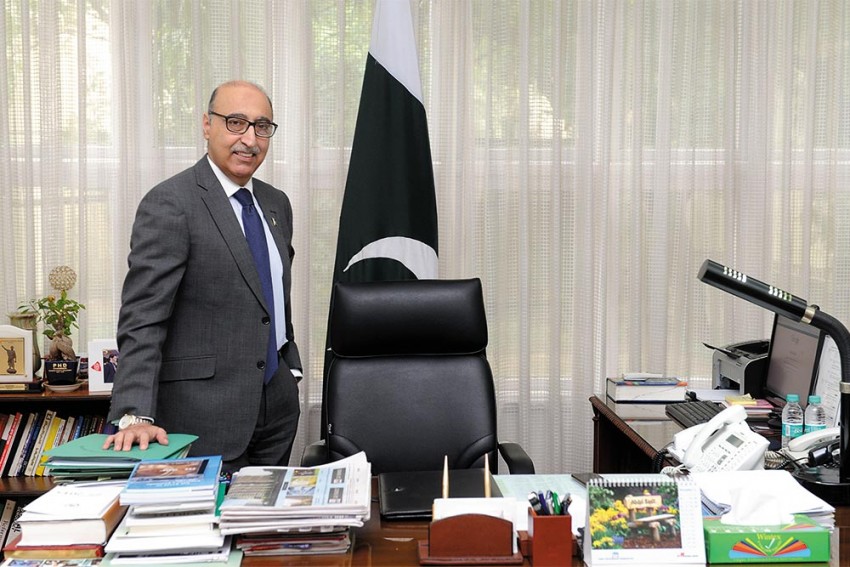 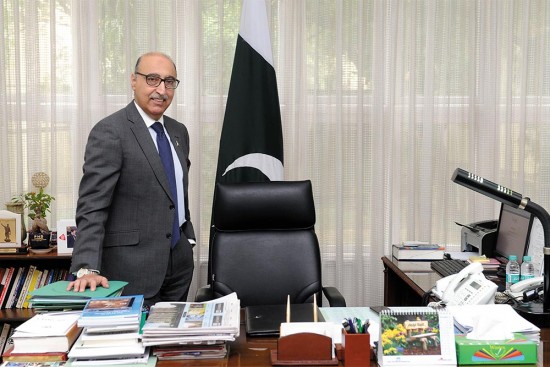 Abdul Basit (58) arrived in India as Pakistan’s High Commissioner in 2014, when relations between the two countries were about to break the status quo and reach a new height. However, since then, bilateral relations have gone through several ups and downs, adding fresh strains to the fluctuating ties. The 1982-batch career diplomat speaks to Pranay Sharma on where Indo-Pak relations stand in the wake of last month’s ‘surgical strikes’ and the prospects of them getting back on track. Excerpts from the interview:

There are different versions of what happened on September 29 night. India claims there were ‘surgical strikes’ INS­ide PoK, across the LoC, against terrorist launchpads. Pakistan denies it. What do you think happened?

If they were such ‘routine’ operations, then this is the first time that they are being talked about publicly. Do you think that by doing so India is trying to change the rules of the game? And if so, why do you think it’s happening?

It is for India to explain. As far as Pakistan is concerned, we would say it is very dangerous to nurture false expectations. There are high stakes involved on both sides and we are very confident that our deterrence is working and Pakistan will never allow the credibility of its deterrence to erode.

After the ‘surgical strikes’, India ann­ounced that the operation was over and going by Pakistan’s response it would seem that neither side would like to escalate the situation. Is that a correct assessment?

We never wanted to escalate the situation either vertically or horizontally. Pakistan has always proportionately res­ponded to whatever violation has taken place in the past. And that continues to be our stance. If there is any action from the Indian side, you can rest ass­ured that Pakistan will respond.

Can we say, or should this be our understanding, that militarily Pakistan will not respond anymore?

We have responded to the ceasefire violation by India on September 29, so whatever action comes from the other side will be responded to.

Does this also mean an end or slowing down of incidences of cross-­­bor­­der terrorism?

“The problem arises when you look at the Kashmir problem through a prism of terror, resulting in a wrong diagnosis and prescription.”

Pakistan is very clear; we ourselves are a victim of terrorism. In the past, whenever there have been acts of terrorism in India, accusations have been immediately hurled at Pakistan. I think it is high time we look at things realistically. Pakistan is committed not to allow its territory to be used for violence or terrorist activities.

But India continues to hold Pakistan responsible for acts of terror committed here. Is Pakistan then a state sponsor of terrorism?

That is unfortunate. If this is aimed at pressurising Pakistan to change its position on Jammu and Kashmir, I can assure you there will be no change or compromise on our principled position on J&K.

But most countries seem to be justifying the Indian action and there are also renewed calls for Pakistan to take effective action against terrorists operating out of its territory.

There is also a renewed call from the inte­rnational community asking the two countries to engage with each other to resolve their issues, including Kashmir. The problem arises when you look at the Kashmir problem through the prism of terror. Looking at it that way not only results in a wrong diagnosis but also in a wrong prescription.

How should it be seen?

When thousands of Kashmiris attend Burhan Wani’s funeral, you cannot deny that it is a legitimate and indigenous struggle. You cannot expect this movement to peter out and therefore it is important to look at the situation realistically. To use terrorism as a reason to pressurise Pakistan or deny the people of Kashmir their legitimate right will not work. The time has come to discuss these issues sincerely so that we can move from conflict management to conflict resolution.

But acts of terrorism are also going on in J&K. How do you separate the two?

Acts of terrorism are going on in Pakistan too and there are attempts to destabilise the country. So it is also an important issue for Pakistan. Both countries need to discuss all these issues.

But it is not only India, a number of South Asian countries are also airing their concern about terrorism emanating from Pakistan. Do you think Pakistan is being isolated?

Pakistan is too big a country to be isolated. It has excellent relations with countries around the world. This is not the first time that a SAARC summit has been postponed. But we attach importance to SAARC and we are confident that the 19th SAARC summit will be held in Pakistan, perhaps next year.

How do you read the decision of most SAARC members to stay away from the Islamabad summit?

I think they have concerns at present and they are unable to attend. But we will be able to hold the 19th summit and all these countries will attend it.

Why is it that most countries are doubtful of your efforts or sincerity in the fight against terrorism?

If you are sitting in New Delhi, perhaps you can say that, but the rest of the world, barring a few countries which may have problems, recognises our contribution in the fight against terrorism. We are confident that with the implementation of our National Action Plan this will get better in the coming months.

But most South Asian nations are making common cause with India on the menace of terrorism emanating from Pakistani soil?

Terrorism is also our issue, our problem. There is no reason for Pakistan to shy away from discussing terrorism. It a local, regional and global challenge and we need to deal with it collectively.

Should you have seen the writing on the wall and passed the SAARC chair to some other country?

No, I don’t think so. We think good sense will prevail and we will have the summit in Pakistan in the coming days.

For this, is it a prerequisite for the India-Pakistan dialogue to resume?

How do you move forward on the stalled dialogue, given the fact the two sides have such divergent views on what should be the focus of discussion?

“This isn’t the first time the SAARC summit has been postponed. We’re confident the 19th summit will be held in Pakistan.”

We need to move from symbolism to substance. It is time to move from conflict management to conflict resolution. India is not willing to discuss Kashmir, which is the core issue. Dialogue for the sake of dialogue will not serve any purpose. We need to have a dialogue based on sovereign equality, mutual respect and then see how we can resolve our problems. Both countries have fought four wars on Kashmir. Terrorism is also an issue between us, but if we can resolve the Kashmir issue, things between our countries will immediately change.

Is there possibility of another war bet­ween the two sides?

No, I don’t really see that happening. I think it will be foolish to think along these lines.

India says terrorism is the main issue; Pakistan says it is Jammu and Kashmir. Where then is the meeting ground?

India also recognises that J&K is the core issue needing resolution. If you look at all the agreements between the two sides, including the joint resolution we signed in 2015, you will see that they clearly say the two sides need to resolve this dispute. Both sides are committed to resolve the issue in accordance with the aspirations of the people of Kashmir. Attempts to brush this core issue under the carpet will not work. Only if India is willing to show flexibility will the dialogue be useful. Otherwise, the talks will take us nowhere.

How do you create a conducive atmosphere for meaningful dialogue when acts of terrorism continue?

Terrorism is also an important issue for us but India needs to appreciate that the primary reason for our mutual distrust is the Jammu and Kashmir dispute. Therefore, it needs to be thoroughly discussed in order to resolve it otherwise we can come up with various excuses and pretexts not to engage with each other. Pakistan is willing to discuss all issues but it has to be a meaningful process.

Is it then a problem of sequencing?

It is not sequencing either. We had agreed in 2015 December on the framework. It is now a matter of starting that process. We must have a meaningful dialogue, we cannot engage for the sake of symbolism. It is important to have symbolism but we must move forward building upon our past accomplishments to resolve the issues and solve our problems. It is a comprehensive dialogue that includes all issues from Jammu and Kashmir to terrorism, trade culture and religious-tourism. But we need to engage meaningfully and purposefully. If India is not ready then we can always wait.

Is there a silver lining in all this?

As a diplomat I am always optimistic and I would like diplomacy to win at the end of the day.