Can India finally send an unmanned mission to moon? Sceptics call it a case of skewed priorities. 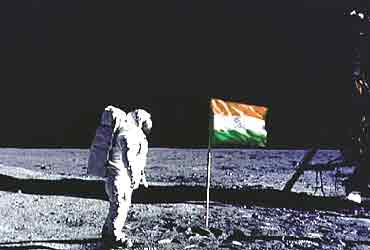 As he took the floor to speak to some of India's top scientists in Bangalore last fortnight, Indian Space Research Organisation (ISRO) chairman K. Kasturirangan was oozing optimism. Indian space scientists will 'now' reach the moon, he proclaimed. A satellite would be designed to cruise around the moon and beam home data and images. And what will this mission achieve? It will launch an unmanned craft at a cost of Rs 400 crore and prove that India's space scientists have finally caught up with the US, almost 34 years after Neil Armstrong first stepped on the moon.

Sounds impressive on paper. But an influential section of the Indian scientific community is questioning the much-hyped plan—they are calling the "moon mission" as another case of skewed priorities. Interestingly, even within the ISRO, there are doubts about such a mission.

Here are some questions raised by the sceptics: