Out Of The Rat Race 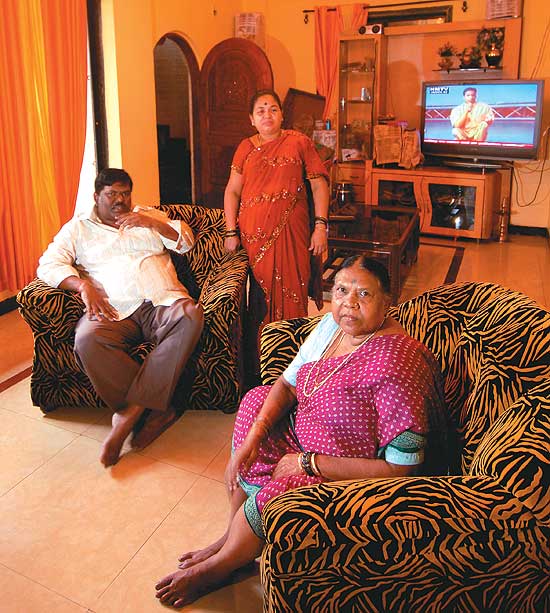 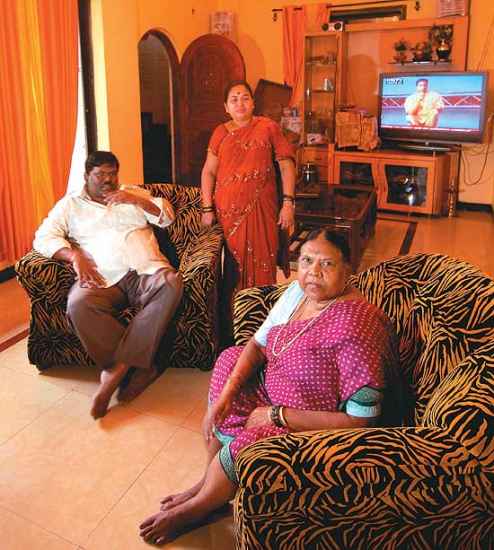 Reclining in his plush gold-and-black sofa-chair, Ramchandra Katkari, 50, rues the fact that he has not been at the wheel of his coveted white Maruti sx-4 for nearly a month, thanks to the knee injury he landed while negotiating the steps to his bedroom on the second floor of his house in Agroli village, Belapur, about 90 minutes from Mumbai. Agroli, set amidst the concretised development of Belapur in Navi Mumbai, is a village only in name. And Ramchandra is a member of the traditionally rat-catching Katkari tribe, among the most primitive in India, only by name.

Add up his assets—which include a house and a 1,300 sq ft apartment—and Ramchandra is easily a half-crorepati. It all comes from money wisely invested and carefully spent—the money being the compensation package he collected from the Maharashtra government in the early ’80s when it acquired village land to develop Navi Mumbai. The drawing room of his house, itself the size of a studio apartment in Mumbai, boasts of a 46-inch LCD—a Sony Bravia, no less—and a plaster-of-Paris ceiling complete with gold-rimmed cornices, recessed lights and the mandatory chandelier. His wife Anasuya, well up with the latest saree trends, sports a hand-embroidered chiffon, and her kitchen has an LPG gas stove and a large refrigerator. His mother, Anandi Dagdu Katkari, unfailingly keeps her appointed time with assorted Marathi serials on TV in her bedroom. The only suggestion of her Katkariness is her attire—the typical nine-yard saree and trademark jewellery—and her dialect.

“All this is so very different from what I knew life to be,” she says. Her son couldn’t agree more. When he was a young boy, they lived in a small hut with a tiled roof that often leaked in the monsoon, collected wood from the forest and made their way walking through that forest to the “main road” to sell it. The family, like a few others in the village of 40-odd tribal families, had a “little bit of land”, but Ramchandra’s father was untrained in farming practices. His parents supported the six-member family by working in nearby brick kilns for a pittance. The only school in the neighbourhood served four-five tribal hamlets; Ramchandra could not study beyond Class 7. But even this life was an improvement over his father’s as a young lad. 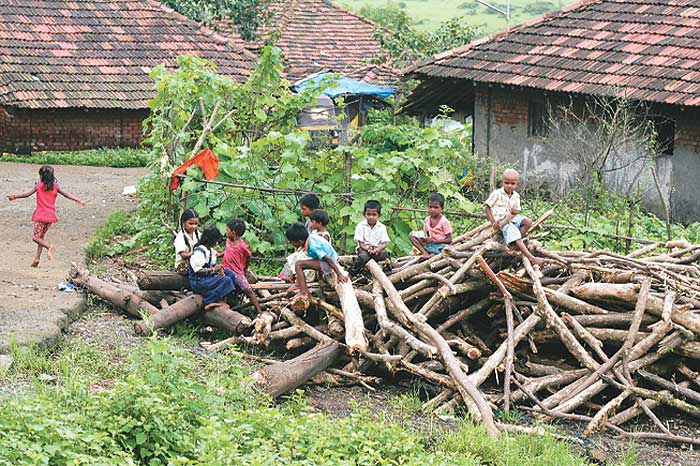 A typical settlement of the rat-catching Katkari tribe. (Photograph by Apoorva Salkade)

Ramchandra’s grandfather, Arjun Katkari, untouched by events and ideas outside the forest, lived as Katkari men of his generation did—in thatched palm leaf huts, catching rodents and eating them to supplement a diet of local roots and shoots. To the unlettered, totem-worshipping Katkaris, freedom from colonial rule contained no special meaning even as a new India was beginning to articulate a vision for scheduled tribes. But the new India held opportunities alright, even if slender ones. Ramchandra’s parents were among the first job-holders, though miserably paid; as brick kiln workers, they made anywhere from Rs 2-10 for a 12-hour workday. Yet, this exposure outside Agroli brought them in touch with possibilities life held for progress and development. Education was the first goal they had for their four children.

“I was lucky when I started out because CIDCO (state-run City Industrial Development Corporation) came in, bought our land and created small jobs for us,” Ramchandra recalls. “I worked as a labourer, blasted rocks to build tunnels before learning gardening.” He is now garden supervisor with the Navi Mumbai Municipal Corporation (NMMC). His son Kumar has moved even farther from the tribal domains; educated and ambitious, the guitar player is into event management and DJ-ing. A far cry from his great-grandfather’s life in the late ’40s.

The Katkaris, known as rat-catchers and rat-eaters, are among the three most marginalised and exploited primitive tribal groups in the state. Numbering about two lakh, at the last official count, they are mostly concentrated in the hilly forests of Thane and Raigad districts and continue to lead blighted lives. A 15-minute drive from Agroli-Belapur followed by some trekking leads to a typical Katkari hamlet—little huts with tiled roofs, with no power or water supply. Statistics show that nearly 85 per cent of Katkaris live in abject poverty, that literacy rates average four per cent for men and one per cent for women, that there are almost no educational and health centres in their hamlets, that alcoholism is high among men, that girls are married off at 10 and 12, and one-third of all Katkari children die as infants while the rest are malnourished.

“That’s why,” says Anandi, “Agroli is so special.” Every facet of life here reveals how far the families who settled here have travelled. At 29, Rajshri Katkari faces a promising future; her cousins in other hamlets would have lost two of their four children at this age. This former corporator, at present member of NMMC’s education committee, is among the 51 matriculates and five graduates in Agroli. All got their degrees in the last decade when resettled and aspiration-driven parents walked their children to schools and colleges; she is indeed the child of a neo-Katkari, as it were. She runs women’s self-help groups, organises blood donation camps, and lives in a 3,000 sq ft house with Marbonite flooring and a “foreign breed” dog for company. “I don’t know the breed, but it’s foreign,” she smiles.

Women, she says, led the charge in Agroli in the ’60s when they stepped out to work at brick kilns, and then again in the ’80s when they took up menial jobs in CIDCO to ensure their kids’ passage through school. As Chandra Katkari did. “I learned to read and write on my own, but I don’t want my children to do only government jobs.” It helped that her brother Babu was introduced to Comrade Bhau Patil of CPI(M) in the ’80s who guided the Katkaris in Agroli in their evolution from a rat-catching past; the turning point, says Chandra, was converting the opportunity that came with CIDCO acquiring their land. “We know villages where people squandered away compensation money and are now on the streets.”

Ramkrishna Katkari too considers himself lucky for being born in Agroli. “We are Katkaris no doubt, but there’s nothing rat-catching or rat-eating about us,” says this bank clerk, the first from his tribe to become one. “My father didn’t know what a bank was. His father didn’t know what transport was. My generation is the first one to wear pant-shirt.... You wait for five years and see the next generation, we will get our first Katkari engineer or doctor,” he says. His wife Nanda believes that the last 30 years have seen the two biggest changes in Katkari women’s lives—discarding the chulha for LPG and “coming out of the house” to learn something, which helped them tackle their husband’s drinking at home. Their children, Siddesh in Class 9 and Sonali in Class 6, use the internet for reference work and to make notes.

As Ramchandra’s cousin Suhas strums the guitar and his son Kumar mixes the playlist at a console, the 70-plus Anandi wonders if his generation will forget the jhingdi or dholya nach—traditional Katkari dances. “We do them only once a year during Navratri; we now have a common Devi idol and the 10-day Ganpati festival,” says Ramchandra. The neo-Brahminisation of the Katkaris of Agroli is nearly complete.

By Smruti Koppikar in Mumbai with Snigdha Hasan

The Family Coupe Arrives On Platform No. 1