‘Our Ties Will Stay Strong No Matter Who Wins The Polls’ 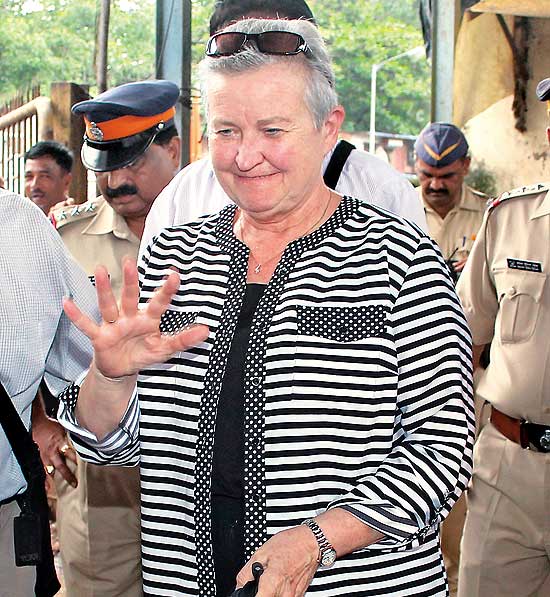 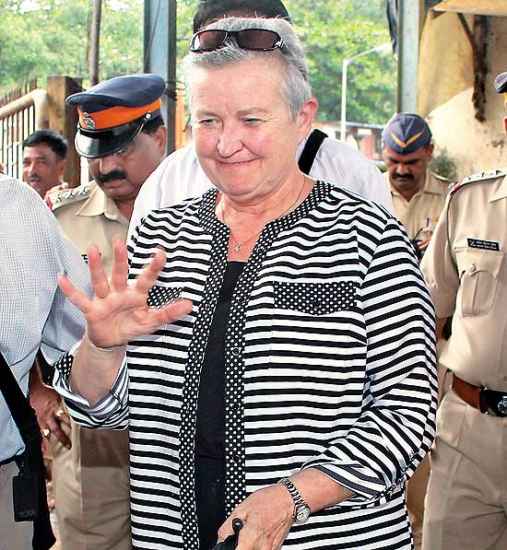 The first woman US ambassador to India, Nancy Jo Powell, has been an active and vocal proponent of strong Indo-US relations since her arrival in Delhi in April. Having served in Pakistan and Nepal, the career ambassador (the highest rank in the US foreign service) is familiar with South Asia and the opportunities and challenges that the region holds. She speaks to Pranay Sharma on the future of Indo-US ties and new areas in which they can work together. Excerpts...

Changes are likely in the State Department after the forthcoming U.S. Presidential elections. Will that affect Indo-U.S. relations?

There is extremely solid bipartisan support for the U.S.-India relationship.  No matter who is elected next week, this partnership will remain very strong.

When you arrived here you said business is an important priority.  How much have you progressed on that front?

We’re on track to reach $100 billion dollars in bilateral trade in the near future, which is nearly a four-fold rise over the past decade.  That’s very encouraging.  One of the things that is distinctive is that the trade relationship is quite balanced in both directions, and, as Assistant Secretary Blake said earlier this week, that gives long-term sustainability to the relationship.

Asia is fast becoming the pivot of U.S.’ Strategic Policy. What role do you see India playing in it?

"The civil nuclear issue has great promise for both US and India. There are still questions regarding nuclear liability however."

Our rebalance to the Asia-Pacific aims at greater consultation with our partners and allies across a region that really spans half the globe when the Indian Ocean is included.  India is important to the increasing connectivity in this region, and I think that’s why so many of our leaders – from Health and Human Services Secretary Sebelius in January, former Commerce Secretary Bryson in March, Secretary Clinton in May and Defense Secretary Panetta in June, Treasury Secretary Geithner in October – consult in New Delhi with counterparts in the Indian government, and visit other cities and states of India.

Mumbai faces West, Kolkata faces East, and Chennai faces South – that geography and the web of connections that emerge out of these nodes are critical to the continued rising role of India and this region. High-tech cities like Hyderabad and Bangalore face everywhere.

A change in leadership is also taking place in China. What kind of an impact will it have in the neighbourhood, particularly in the West Pacific region?

Obviously, changes in China will be closely watched around the world, but that’s the bailiwick of my counterpart in Beijing, Ambassador Gary Locke.  President Obama plans to attend the East Asia Summit in Phnom Penh later in November, and that summit will provide a great opportunity for leaders to cooperate on common agendas in the Western Pacific and beyond.

Indo-U.S. relations have been growing at a very brisk pace. What are the new areas where they can work together?

That’s a difficult question, actually, as there are so many areas where we are working together, either on the government-to-government level or business-to-business level. Much of this is rooted in the increasing personal ties between Indians and Americans over recent decades.  I myself first came to India over 30 years ago and am amazed at the scope of our relations.

Nested below the strategic dialogue that our governments hold annually are a huge array of working groups and committees – many of which include scientists, educators, businesses, NGOs, and other non-government people – to discuss how our two nations can advance such fields as: technology and innovation, educational exchange, cyber-security and counter-terrorism, open government web portals, and global health initiative.

Foreign Secretary Mathai noted during his speech at our National Day event that I hosted on July 2 that one of the characteristics of our dialogue is that it is so comprehensive, covering education and health as well as traditional diplomatic domains.  For instance, in June of this year, the United States, India, and Ethiopia, in collaboration with UNICEF, launched a new global Call to Action for Child Survival: A Promise Renewed. This initiative aims to eliminate preventable child deaths by the year 2035, so that all children born in India and elsewhere live to see their fifth birthdays and beyond.  This is a very important initiative for all of us.  Our countries also committed to consult closely on humanitarian assistance and disaster relief, and our Office of U.S. Foreign Disaster Assistance will be participating in the Earthquake Risk Management conference India is organizing next week with East Asia Summit countries.

And what would you describe as the challenges before them?

India and the United States outlined several areas of importance at the Third India-U.S. Strategic Dialogue last June.  Both nations recognize the need to promote greater bilateral trade and investment flows and called for a high-standard Bilateral Investment Treaty (BIT) to deepen the economic relationship, improve investor confidence, and stimulate economic growth.  Such an agreement would include strong rules to protect investors and guarantee transparency, and provide a mechanism for resolving commercial disputes in business.

We are looking at ways to accelerate our defense cooperation, in trade, technology transfer, co-production, and co-development.   Deputy Secretary of Defense Ash Carter has embarked on an effort to surmount some of the existing bilateral challenges in those areas, such as export controls.  India’s the only place in the world where the United States is undertaking the kind of initiative that Dr. Carter is heading.

The issue of “nuclear liability” is an irritant in the bilateral relationship. How do you plan to resolve or manage it?

"All countries, democratic and otherwise, face the threat of corruption. India has a vibrant press and civil society as bulwarks."

The civil nuclear agreement holds great promise for both the U.S. and India, and will help provide reliable electric power for India’s homes and businesses.  The U.S. has over 50 years’ experience operating and maintaining the largest fleet of nuclear energy reactors anywhere in the world at world-class levels of safety, efficiency, and reliability.

How do you see the series of economic reforms that the Manmohan Singh government announced recently?

During his recent visit to India, Deputy Secretary of State Burns said these reforms offer a promising pathway for strengthening economic growth in India.  Multi-brand retail, in particular, can strengthen the Indian economy in a number of different ways and bring benefits for Indian citizens; for farmers who will have higher revenues and fewer losses post-harvest; for consumers who will have wider choices at lower prices; and for India’s infrastructure which would benefit from a strengthened supply chain.

Corruption has become a key issue in India and all major political parties have been affected by it. Has that affected the confidence of the U.S. government and its private sector of doing business with India?

All countries, democratic or otherwise, face the challenge of corruption.  It erodes investor confidence as well as popular support for government and corporate institutions.  India has vibrant press and civil society organizations.  Both are important bulwarks in any democracy and help make government honest.

As I said, no country is immune, and each country must develop institutions and norms to address corruption. Thirty-five years ago, the U.S. Congress passed the Foreign Corrupt Practices Act, which prohibits bribery of foreign officials by American corporations.  By and large, it has worked. In the U.S., many government departments and agencies have Inspector Generals, who conduct audits, investigations and inspections and are charged by the U.S. Congress to prevent and detect waste, fraud, and abuse.

What kind of a role do you see India playing in the U.S.-led international sanctions on Iran? Is it cooperating or standing in the way?

During her May visit to India, Secretary Clinton underscored the shared goal of preventing Iran from obtaining nuclear weapons and bringing Iran back to the negotiating table.  Our view has been that sanctions have been critical to this effort.  India has reduced its reliance on Iranian oil, and we appreciate its effort to diversify its energy sources.

Since India has good relations with both the U.S. and Iran, do you want it to play a mediatory role to restart direct talks between the two countries?

It’s essential that Iran meet its international obligations and engage seriously in the diplomatic process that is embodied in the five-plus- one mechanism. India has stressed the importance it attaches to that effort, and reinforcement of that message is welcome