After seeing a popular figure to ride on in Baba Ramdev, the RSS is looking at ways to quietly dismount 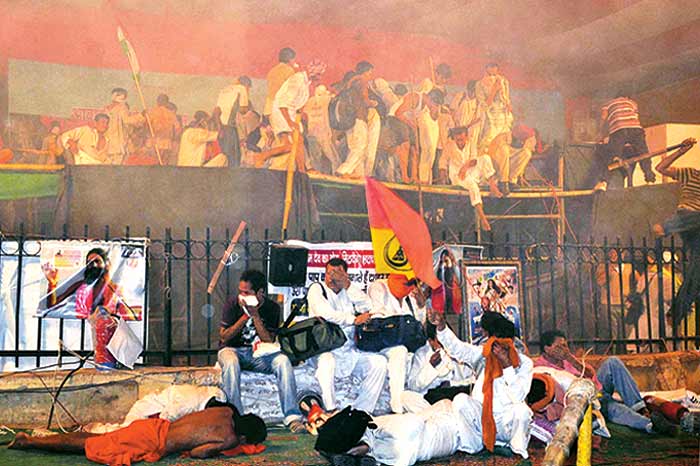 How RSS, Ramdev Found Common Cause 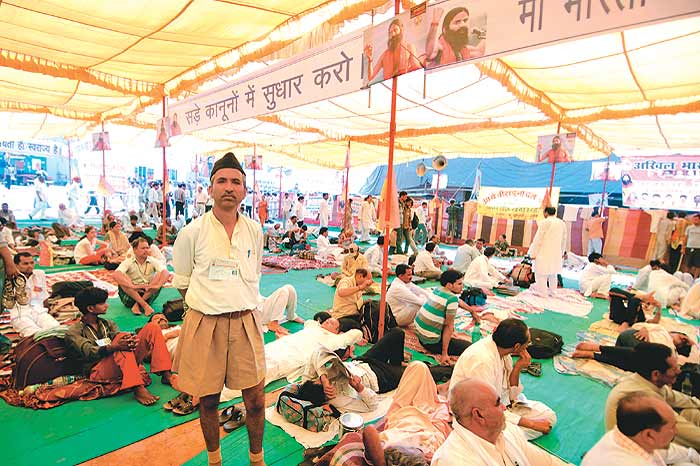 And What RSS Plans To Do Now

When Rashtriya Swayamsevak Sangh (RSS) chief Mohan Bhagwat took a written commitment to Baba Ramdev on April 7 of his organisation’s support for the latter’s bhrashtachar mitao satyagraha, he would not have foreseen that in two months, the maverick guru would be talking of armed rebellion. After his humiliating eviction by police last week from the Ramlila grounds in Delhi, his escape and arrest in women’s clothing, and cornered by the government over corruption charges, the baba has turned belligerent. Four days after his eviction, fasting at his ashram in Haridwar among visiting netas and disciples, he thundered: “The next time they do a Ravanlila at Ramlila, let’s see who gets beaten up.” For the Sangh, the image of a pliable mascot was quickly dissipating. The baba’s call to arms, to train an army of youth in shaastra-shastra (scriptures and weaponry), which might have been uttered in a spell of heat, rekindles the picture of right-wing terror, which the Sangh is keen to dispel. Realising this, the baba shrewdly corrected himself, saying that all he meant was to train volunteers in traditional methods of self-defence to handle difficult situations. But he remains strident as ever, and, to be sure, the Sangh is in a tizzy.