Cinema in the South found self-expression in language 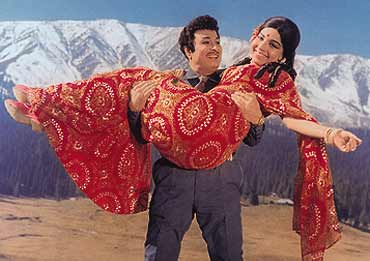 outlookindia.com
-0001-11-30T00:00:00+0553
In the early years of Independence, did South Indian cinema celebrate the new nation? Did it allow itself to be submerged in the uniform identity of being Indian, being Hindustani? More than the nation taking precedence, southern cinema of the '50s was busy nurturing its own regional or linguistic identity. Precisely the reason why it gave rise to figures like M.G. Ramachandran (MGR) in Tamil, N.T. Rama Rao (NTR) in Telugu and Rajkumar in Kannada, who were not mere stars but iconic figures for the specific linguistic cultures to which they belonged.

In the Tamil region, the Dravidian movement was already in place before India got its Independence. The stalwarts of this movement (Annadurai, MGR and Karunanidhi) had a theatre background and soon discovered that the hypnotic medium of cinema could be a propaganda tool. Meanwhile, in the princely state of Mysore, the early years of Kannada cinema was in the bhakti mode, while Telugu cinema was on an excursion with mythology.

Film historian M.K. Raghavendra says Kannada cinema did not even recognise the nation in the '50s. Still, this is not to say that regional identity was in conflict with national identity. On the contrary, it was perfectly alright to simultaneously be Indian and Tamilian, Telugu, Kannadiga or Malayalee. The South imagined the nation through a kaleidoscope of regional aspirations. What gave a huge fillip to such an imagination was the linguistic reorganisation of states, which completely altered the trajectory of South Indian cinema. For it allowed the states to be culturally autonomous while being loosely bound to a federal structure.

Raghavendra points out that the split identity of the national and regional plays out subtly in Sivaji Ganesan's first movie Paraashakti (1952), scripted by Karunanidhi. Gunashekaran, a Tamilian returned from Burma, makes fun of the Congress government, which is emblematic of the national. "The protagonist is coming to terms with the dual identity here. One can trace this conflict to as recent a film as Mani Ratnam's Roja where the heroine collars an army officer in Kashmir and asks him to find her husband, but does so in Tamil. In a manner of speaking, this says that Kashmir is not Tamil Nadu's problem," says Raghavendra. 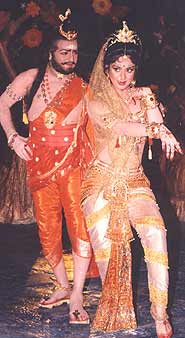 The fact that the reorganisation of the '50s coincided with the rise of the megastars has never been highlighted. Rajkumar's first film Bedara Kannappa was released in 1954; MGR's Nadodi Mannan, said to have altered the course of Tamil Nadu politics, came out in 1958; NTR's career stabilised in the late '50s; Sivaji Ganesan, a competitor to MGR, made a bang of a debut with Paraashakti in 1952. It was again in the '50s that another Telugu superstar, Akkineni Nageswara Rao, hit new heights. The fate of these stars transforming into iconic figures was linked inexorably with the reorganisation of states.

For with it, linguistic pride got a legitimate, unambiguous playing field. Those who spoke the regional tongues on screen became demi-gods. Sivaji's melodrama was circuited through dialogue delivery, NTR's long dialogues and baritone drew in the crowds, Rajkumar's intonation was hailed as the standard and Nageswara Rao's literary flourishes were talked of long after the credits rolled.

Says M.V. Krishnaswamy (MVK), octogenarian filmmaker and an old associate of Italian master Roberto Rosellini: "One does not know what shape regional cinema would have taken if reorganisation had not happened. There was a new pride in the languages...and the production houses readily harnessed that pride. It's difficult to imagine an NTR or MGR if linguistic communities had lain scattered in their colonial provinces. The stars should thank Potti Sriramulu, the Congress leader from Andhra, who gave his life to bring back reorganisation of states on the national agenda".

MVK also points out that reorganisation helped the cinema of other southern regions to move out of the shadow of Tamil cinema and gain independent identities. But the star system that existed in Madras was later replicated in Karnataka and Andhra Pradesh too. "Still, what was happening in these states was entirely different to what was happening in Hindi," he says.

Tamil scholar N. Kalyan Raman adds perspective: "The Dravidian movement's appeal of egalitarianism was used to build up the superstar MGR. Take any song of that time, like the famous one from Enga Veettu Pillai: 'Nan aane ittal/adu nadandivittal/ingu ezhaiyar vedane padamatar' (When I promise something/ it'll happen/the poor here will suffer no more)—there's the element of rich vs poor. Language belongs to the poor and an emphasis on local tongues is being more democratic. In a period of mobilisation, the DMK used language cinema to get people into the political process."

Prof K.V. Narayana of Kannada University points out that reorganisation did not have a uniform effect on all the South states: "Kerala defined its cultural identity very differently. The big star then, Prem Nazir, couldn't go on to become another MGR." This when, even as late as in the '80s, "NTR was building his political career from his cinema, by invoking Telugu self-respect." 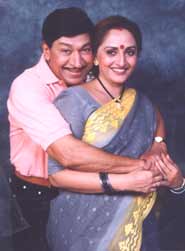 Raghavendra says that in Karnataka, even as the nation was preparing for freedom, cinema was preparing people for eventual reorganisation of states: "The old Mysore region was against reorganisation because the Hyderabad-Karnataka region was very poor. So Kannada cinema started allegorising this element in its '50s cinema. Like in Rajkumar's first movie, Bedara Kannappa. In all these movies, a prince is cursed with poverty and here he symbolises the rich Mysore royalty, soon to be burdened with the poorer Kannada-speaking regions. Finally, god intervenes to cure the prince's poverty."

It's now five decades since and the cultural icons have all moved on in time. Is it then safe to assume that the heyday of the provincial superstar who also carried the additional burden of cultural purpose is over? Kalyan Raman has the last word: "What use can such a figure have for globalised India? The superstar is now only a market mobiliser." In the sense that commerce now rules all cinema, the South seems to have finally integrated with the nation, aka Bollywood.