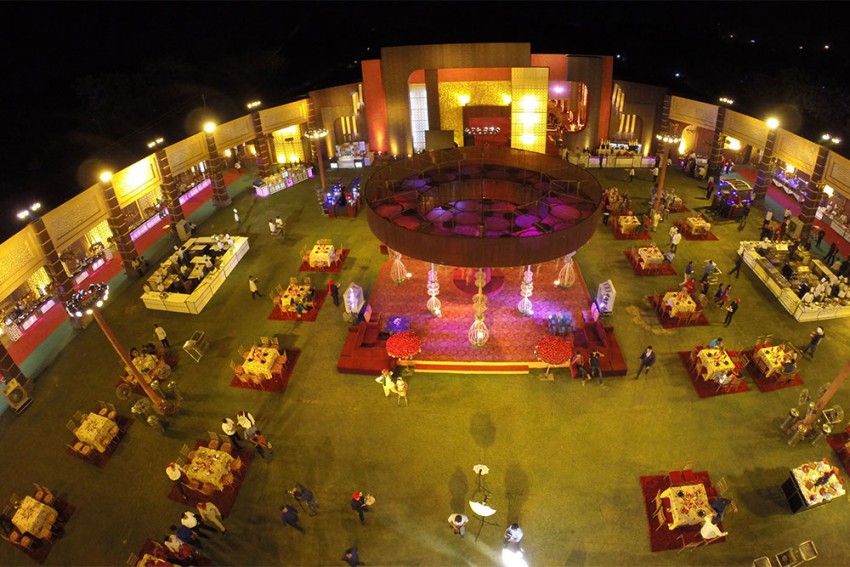 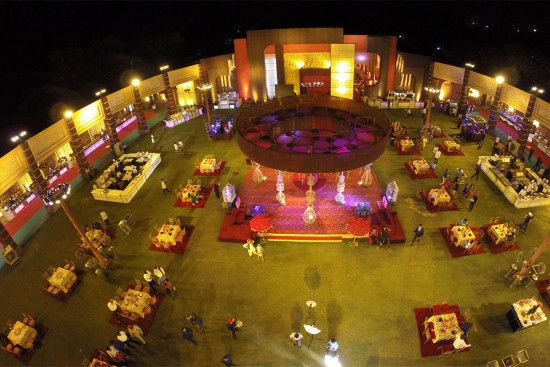 With only a few months left for the celebrations to begin, Anisha Chugh is now beginning to eat, breathe and live her wedding—wanting to make sure everything pans out exactly as she wants it to. She is even beginning to dream caterers, pandals, lehengas and guest lists for multiple functions, which are almost obligatory for most middle and upper class Indian weddings. But of late, a woman from ­Bihar, astride on a Harley-Davidson superbike, is looking to downsize all big wedding plans, including Anisha’s.

She’s the Congress MP who landed up at Parliament in the luxury bike last year—Ranjeet Ranjan, wife of Pappu Yadav, the politician from Bihar with a range of criminal cases against him. She recently introduced ‘The Marriages (Compulsory Registration and Preven­tion of Wasteful Expenditure) Bill, 2016, in the Lok Sabha—a private member’s bill. According to its provisions, families wanting to spend above the stipulated Rs 5 lakh on a wedding must inform the government of their expenses and contribute 10 per cent of it to the yet-to-be-made ‘fund for the wedding expenses of poor girls’.

What’s more, the bill also envisages restr­iction on the number of people one can invite for weddings and even sets a limit on the number of dishes to be served. “The purpose of the bill is to prohibit ext­ravagant and wasteful expen­d­i­ture on marriages and to enf­orce simp­ler solemnisation,” Ranjan told reporters.

Ranjeet Ranjan ­herself is known to have had a grand ­wedding with Pappu Yadav in 1994 in ­Purnia, Bihar.

The discussion on the bill is likely to be taken up once the Parliament resumes on March 9. This would have given sleepless nights to the country’s mammoth Rs 1 lakh-crore wedding industry but, fortunately for them, it is a private member bill, which means it has a very low chance of being passed in parliament.

The last such bill to be passed in the last 45 years in Parliament was the Rights of Transgender Persons Bill, 2015. In this Lok Sabha, 588 have already been introduced and 11 of them have actually come up for discussion.

Whatever be the outcome of the bill, its mere proposal has attracted considerable, and indeed desired, attention. And given the recent experimental ­adventures of different governments—Demonetisation, Bihar’s prohibition whip—the people’s capacity to predict government actions has taken a beating. 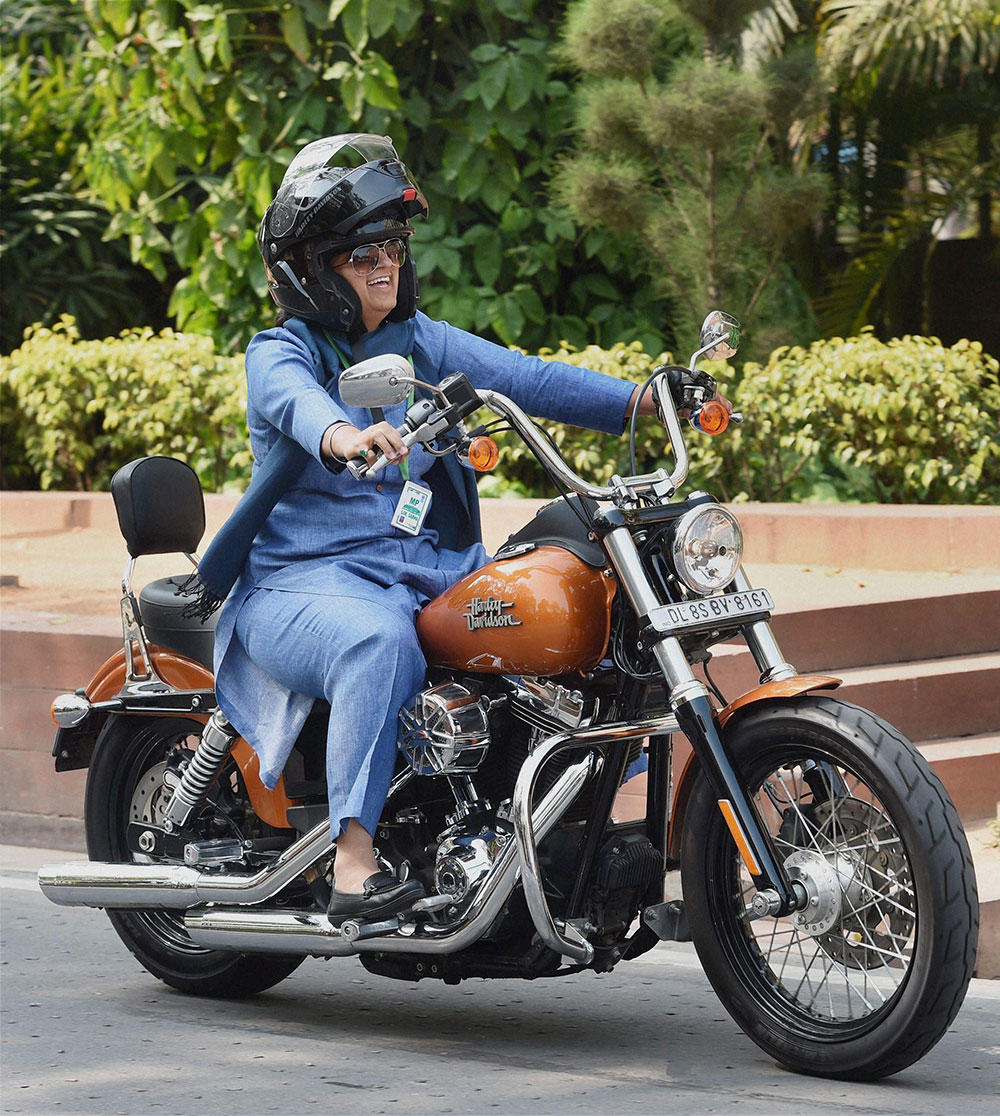 Ranjeet Ranjan on her superbike

The Jammu and Kashmir government has already announced restrictions on weddings to curb wasteful ­expenditure. From April 1 in J&K, families can invite only  up to b500 guests for a girl’s wedding and 400 to a boy’s, can serve only seven vegetarian and non-vegetarian dishes each from the vast Kashmiri ­wazwan repertoire, and those with a sweet tooth may get an ache as only two desserts are permitted. For engagements and other wedding related functions, guests will be limited to only 100.

“This is a breach of our fundamental rights. The government cannot interfere in our private affairs,” says Sneha Singhal, a fashion designer from Calcutta whose recent marriage was quite a flamboyant affair. “Who are they to tell us how big our social circle ought to be, or how many dishes we may want to serve.”

Many consider the 10 per cent being sought from weddings crossing the Rs 5 lakh expenditure mark equivalent to marriage tax, over and above the taxes they are already paying. “In our societies, parents start saving for a kid’s wedding, sometimes, almost as soon as they are born, and this is after we have paid our legitimate taxes,” says Kavita Chowdhary, a mother of a soon-to-be-wed. But isn’t that the whole idea, not to blow up years of savings for a few functions around the wedding, which is soon forgotten by everyone? Wouldn’t it be wiser to save the money instead? These are the questions around which the bill has been proposed. But as far as the average citizen understands, these are personal prerogatives and the government has no business enforcing them. The answer to this partly has its origins in our civic text books. After Independence the government, then a socialist one, wanted to inculcate a culture of savings among its citizens. So, “thrift and savings” found a place in the textbooks of students. In an interview last year, writer Amitav Ghosh said that one of his most vivid memories from school was the emphasis on the all-round culture of thrift.

“We should not be forced to pay, be it for a good cause or not. It should be the citizen’s wish how grand they want a wedding to be,” says Chugh, who is alre­ady beginning to wonder on the celebrations she may need to cancel, that is if the bill does get passed.

Some also see the move as being ­anti-poor. “It is likely to affect the lower and middle class the most. Rs 10,000 per lakh will hardly matter to the wealthy,” says Nitisha Subba, a social worker from Darjeeling, who is engaged-to-be-wed.

This is not the first of the problems that the bill presents. Accounting for the expenditure is likely to be a ­tro­ubling task. What is or not inc­luded? Are you including an eng­agement that ­happened months ago? Should wedding outfits be included? A bill that seeks to regulate social culture through financial tra­nsactions can be tricky when it comes to its specifications. “Also, this is likely to lead to a lot more evasion and corr­uption,” says Chugh.

Industry insiders see this as not only a possible hit on their businesses, but also to the jobs of many. “Sure, people may cut down on a few things, but the wedding planning industry is not going to go out of business. However, the ­industry, like any other, accounts for the employment of many labourers, whether for catering, decoration, ­accommodation etc. And if cost cutting was to happen, these labourers would be the first to lose their jobs,” says Rishabh Sood, lead photographer at Candid Tales Photography.

Others see a problem with the bill on an ethical level. “This bill is against girl empowerment it apparently seeks to bring about in a way,” says Vithika Agarwal, co-founder of DivyaVithika Wedding Planners. “Why not put funds towards girl education and employment,” she wonders. 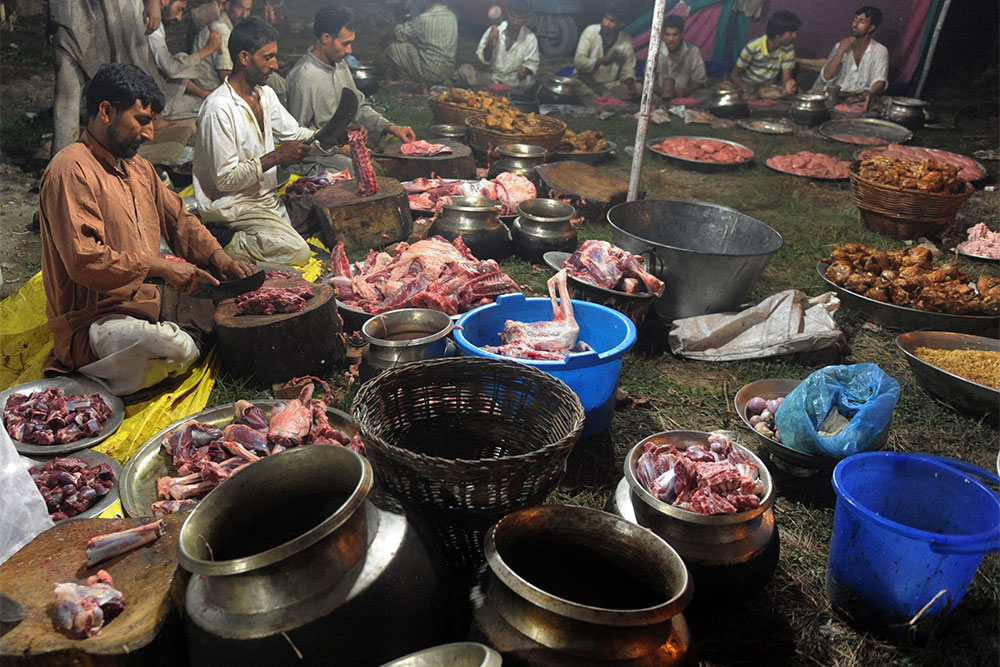 Food preparations for a Kashmiri wedding

Not everyone is against the Bill. Many have even offered suggestions for its improvement. “I think in a developing economy like India, no tax will ever be enough. And with the Indian predeliction for extravagant, over-the-top weddings, this bill may be a good plan,” says Kunaal Verma, an IT Manager at Citibank, who is busy planning his “not-so-lavish” destination wedding. But there is consensus that the sum of Rs 5 lakh is ­uncomfortably low. “Only the photography bill can come up to Rs 5 lakh these days,” says Sood. With a minimum of three functions, all agree that there is little that can be covered in that sum. “If they raise the sum to at least Rs 15 lakh, then people may think of accepting the bill,” says Subba. “Perhaps a tier system would still be ­acceptable – like five per cent for Rs 5-10 lakh, 10 per cent for Rs 10-15 lakh. At least that way everyone has to pay his or her fair share,” she adds. Chugh even mentions how the government may want to consider cutting down the service taxes it levies to bring down the overall cost of weddings.

And why just weddings, some ask. Let’s put a cap on the political advertisement expenses, the money spent in rallies, or other political events. “Let’s have them pay taxes for their extravagant gimmicks,” says Subba. A point that seems only valid, especially since Ranjan herself is known to have had a grand wedding with Pappu Yadav in 1994 in Purnia, Bihar. Ranjan’s family was reportedly flown into the city in a chartered plane, every hotel and guest house in the area booked for their guests, and all the streets swathed with decorations, and celebrations.

It may well be just a political stunt for Ranjan that may not see the light of day, but she has started off a debate around an interesting contradiction of the times we live in—proposing aggressive, national austerity along with aggressive global capitalism.